This is going to be a big 40K weekend. 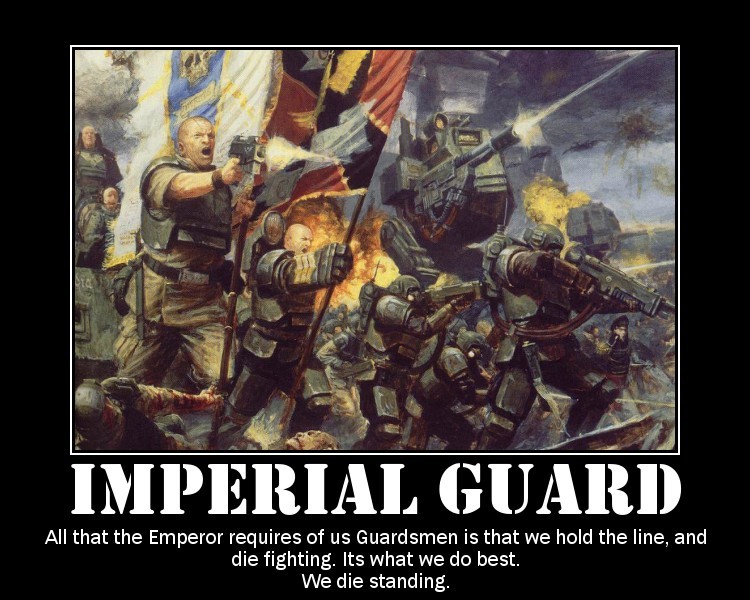 So this weekend I have the Rogue Trader tournament and then the Apoc game on Sunday so this means a ton of dice rolling.  I was going to bring my nids for the tourney but they are no where near to being fully painted so I will bring my guard.  After checking what I have finished I have 12 infantry models to paint to have a fully painted army.  To bad my vendetta is not finished :(

the plan is for the big tanks stay with the defense line getting a 3+ cover save while the troops move out and grab objectives and kill stuff.  With 14 kill points and the age of weak tanks I think I will die but it will be glorious.  With 8 tanks in my deployment zone I think i might be a little crowded but we shall see.

I have not gottne my delivery from GW yet :( so it looks like my stormlord will not have it's main gun  which makes me sad.  oh well something to look forward too for next apoc game.

Tonight is a painting party at my friends house.  hopefully I can make some headway into my list.