Alpha Strike for the win!! 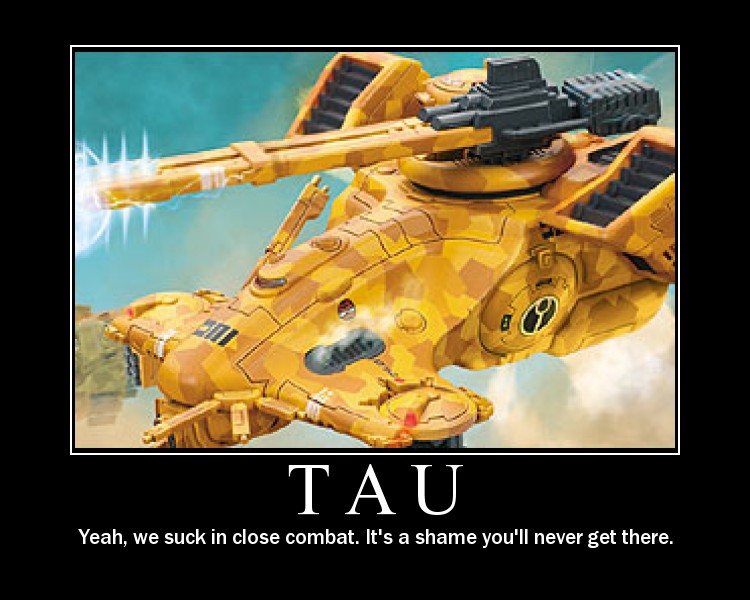 Last night my Tau and SeeJay87's Tau came ready for battle.  We faced a pure Eldar force with 2 grav tanks (I think a serpent and a falcon) the avatar, a farseer, a wraithlord, 2 squads of direavenger, a squad of fire dragons in one of the tanks, howling banshees in the other, 2 vypers and some guardians, a small unit of dark reapers and finally some snipers infiltrating in the trees off to our right.

My army can be found here and SeeJay87's here

Here is the tau deployment 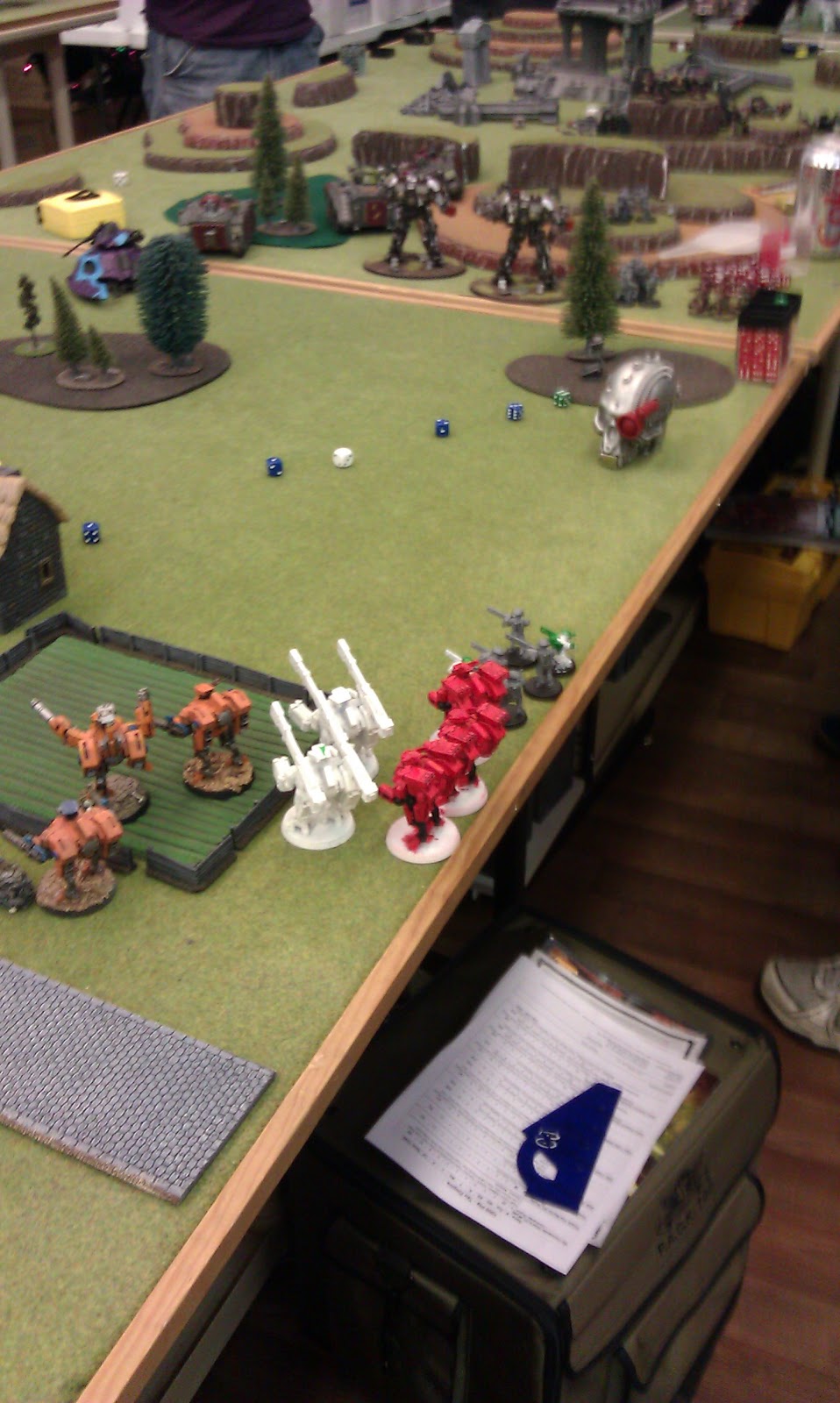 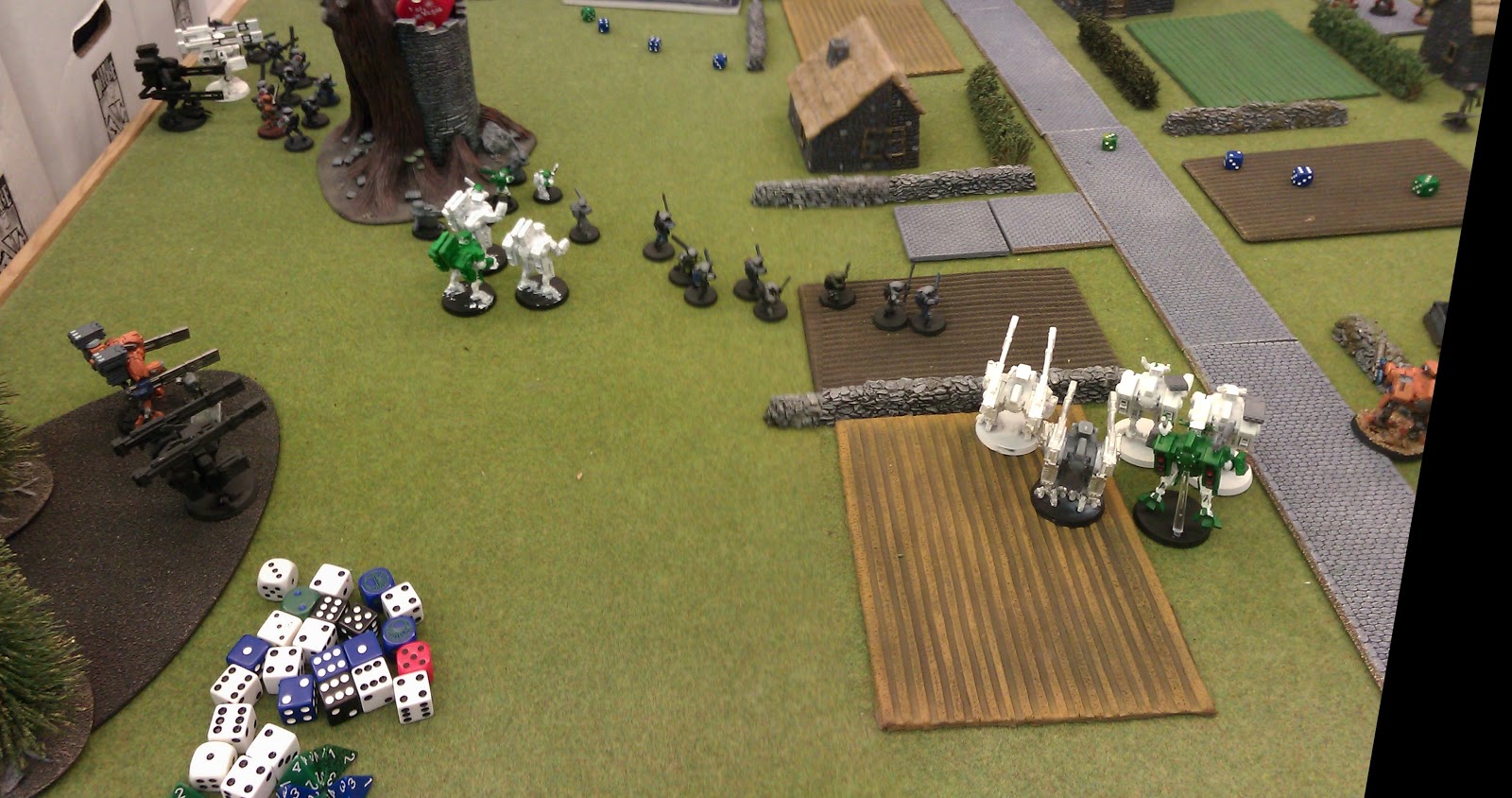 and the eldar deployment 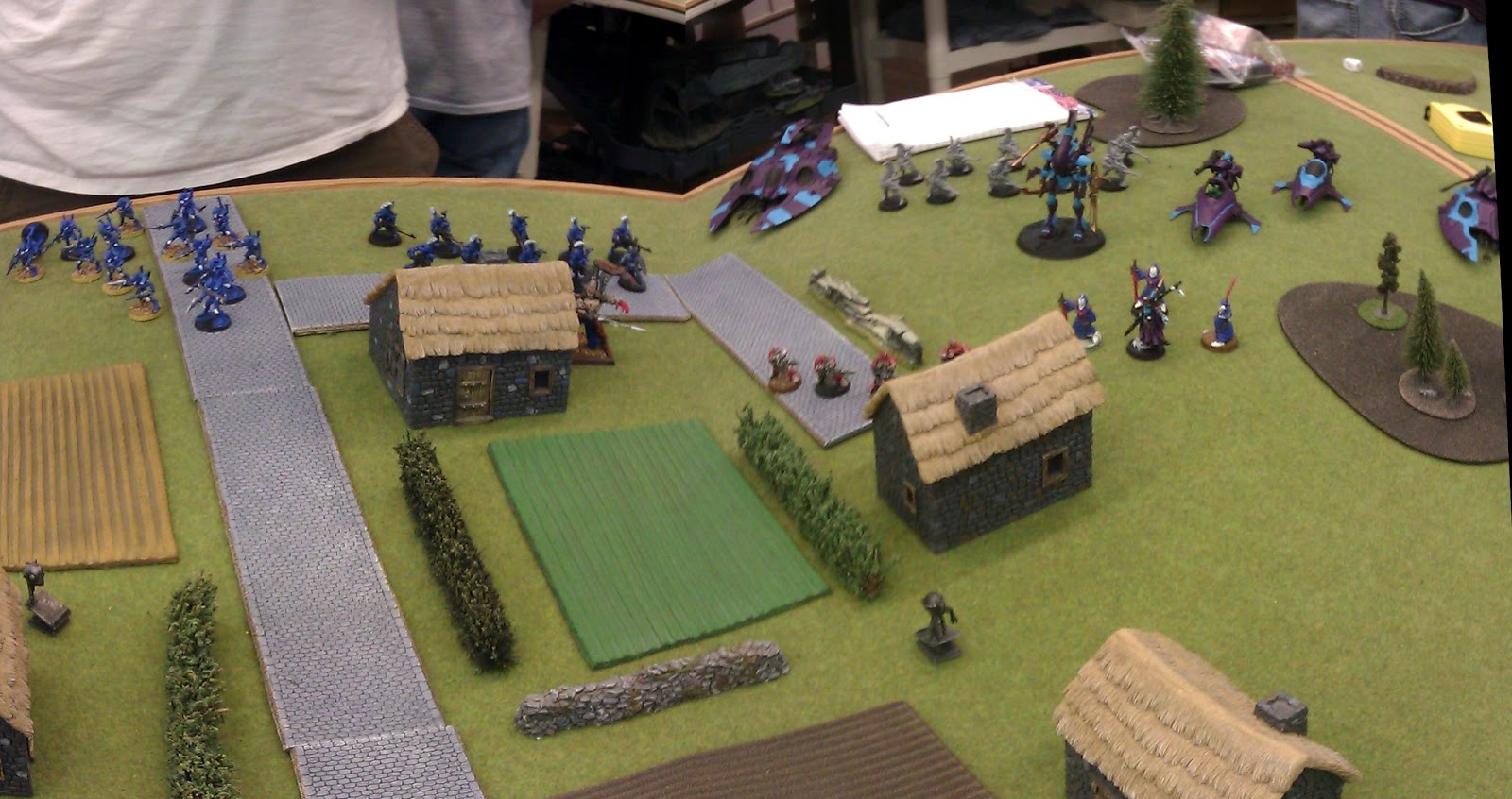 The Tau got first turn and the Eldar did not steal so the fun began.  after a bit of movement we proceeded to open fire. We destroyed the snipers, both tanks, one vyper, the avatar, the dark reapers, brought the wraithlord down to 1 wound, and a killed few guardians.  I felt bad.

In the eldar turn he moved up.  His star Cannon killed 2 crisis suits  and that is about it.

In the top of 2 my 2 sucide squads came in one behind the remaining vyper and the other mishapped and was put into my corner.  I jumped up my commander anf friends and killed all but 1 of the farseer group this my partner finishing them off.  We also killed the other vyper, a few fire dragons, most of the banshees, the wraithlord, and some more guardians.  Really it was over by this time but our opponent played on. Here is the field after our turn 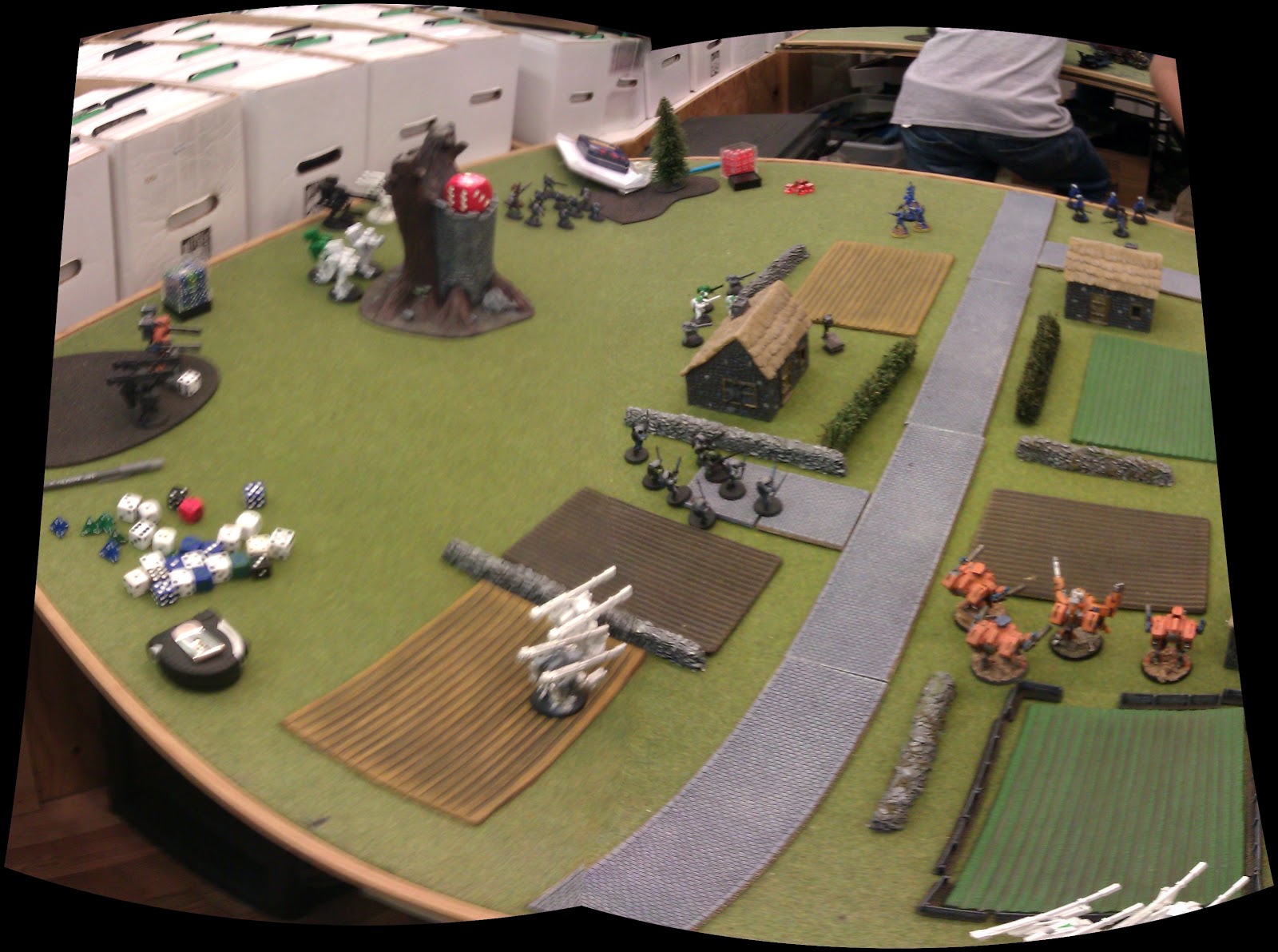 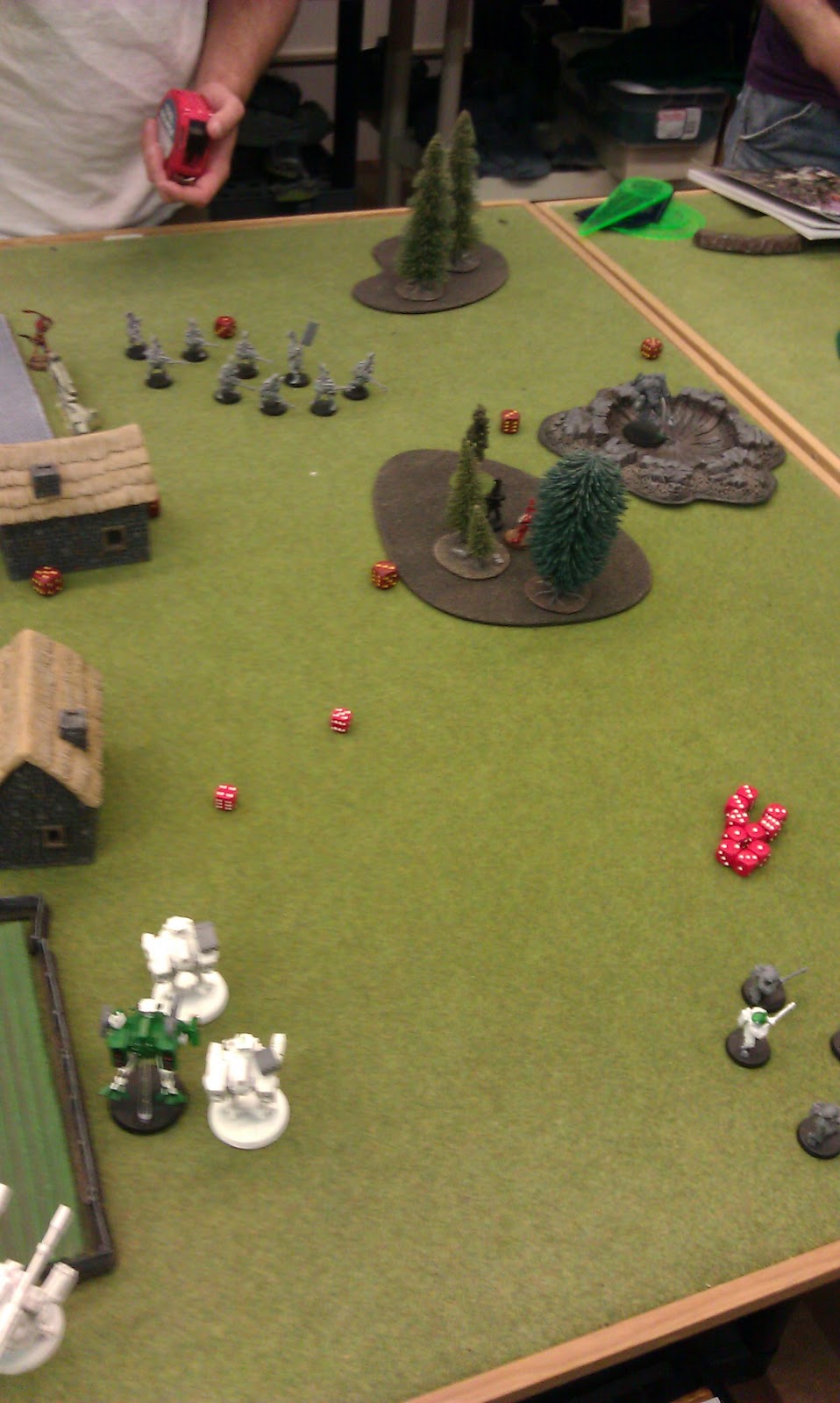 On his turn he dropped back and killed my suicide melta and moved up some more.

On turn three we tabled him.  It was just depressing. I wish it was not as brutal as it was but the board we played on was just way to open.  the fire lanes for our broadsides were just to good. It didn't help that he could not roll cover saves all night long.    I will probably tweak my list for next week.  I plan to get some painting done this weekend so I should have some pics up on Monday.

Have a good weekend.
Posted by Grenn Dal at 9:27 AM