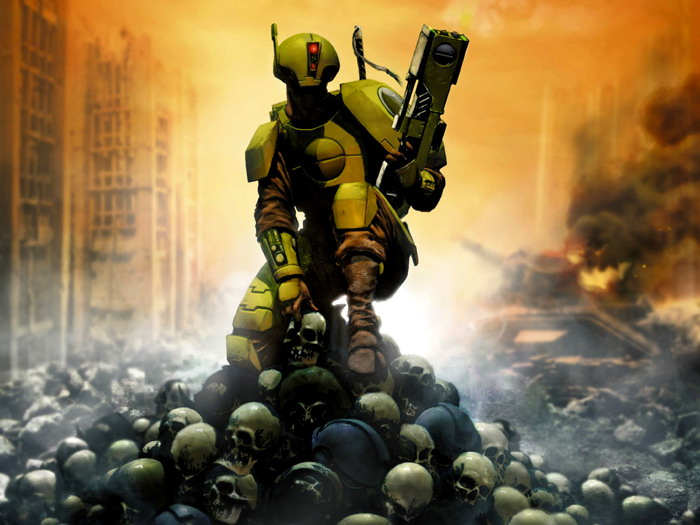 So this week at my FLGS, Fantasy Books and Games, we are having a 2-Headed General League.  For the next 5 weeks we will either team up with another person and run 2 1k lists or bring out our split personalities and run a 2k list with a required 2 force org charts.  I was going to bring out the bugs and go solo (like GW gave us any allies anyway)  but my fellow Tau brother SeeJay87 asked if I wanted to join forces.  Even though he commands that traitor Farsight I agreed.

So the idea is that the commander joins the plasma squad.  The fire warriors go after objectives (or die trying).  The broadsides sit in the back shooting crap either focusing firepower on single targets or splitting their fire where it is needed. Leaving the 2 lone battlesuits to doing mad suicide runs wherever needed.

I am not sold on the suicide Meltas but I thought I would throw then into mix just to see how they work out.  I was using a piranha in the last couple games but, it usually died before even getting a shot off.  So with these guys I should be able to shoot something before I die >_<

Hopefully we will do okay.  I am a bit concerned about our lack of fending off assaults and AP2.  We can always try something else next week if this does not go well.

Hopefully my phone will work and I can get some action shots and a Battle Report for you tomorrow.  Until then.