Now that The Battle for the Books is over I can switch back to getting my GSC ready for Shorehammer. To get me back on the wagon I thought I would paint up my remaining Neophytes.

I have had these since Deathwatch:Overkill came out in 2016.  I can't believe I have had GSC for that long. These last nine complete my third squad of ten.  they can also be used to make my other squads bigger if I choose. 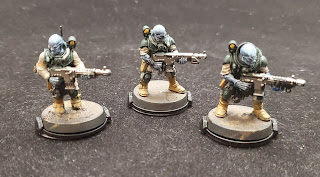 I changed it up a little using the contrast color Space Wolf Grey instead of the Drakenhof Nightshade wash I usually use.  I actually like the contrast result a little better. 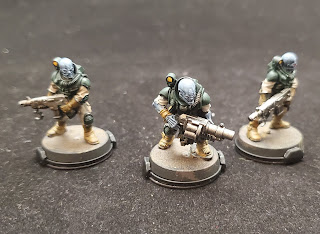 While I won't be using these in my tournament army I might need them for my grudge match against Kabbala.  If anything it gets my GSC army closer to completion and knocks off a task from my Trello board. 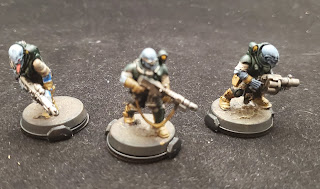