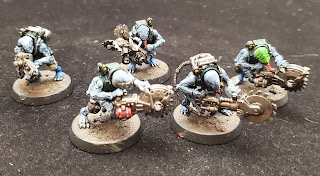 Ok,  now that Dreadtober is on the way I can get back to GSC.  Today I have five acolytes with heavy rock saws.


I needed to be able field a bunch of rock saws but the kit only came with one saw. Also, I got a good portion of my acolytes from the Deathwatch: Overkill box that didn't have any rock saws.  So, I found a way to make some saws that are not the original kit. 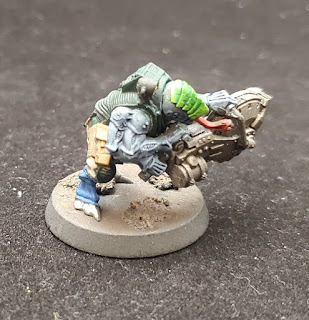 First off, two ARE the actual model. I added my favorite metamorph head to one of them to change it up other than that they are straight build.  I did use the contrast paint for the skin as well.  For the green shade I added a layer of ork flesh contrast to the carapace gaps. 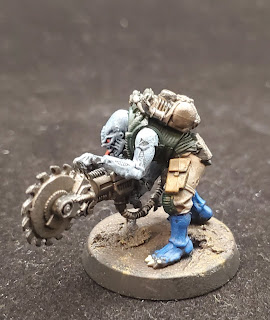 The next one was a bit I found.  I have no idea where I got it from but it works well. I used one of the other heavy weapon arms and attached the saw at the end. 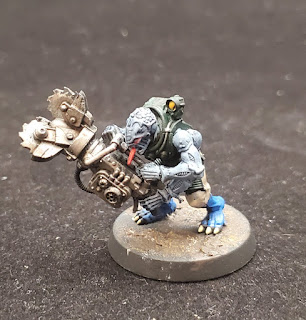 The last two are bits I bought from Puppetswar.eu.  About a week after I ordered these they brought out a new bit that I think would have been closed to the bit but these still do the job. 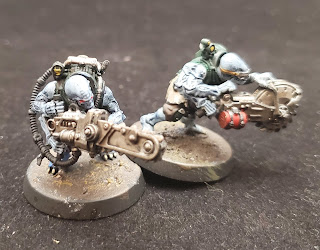 This month will be a bit different with it being Dreadtober so I will be working on the dread but I want to keep working on the GCS so it will be completely painted before Shorehammer.