More work on the Cabal 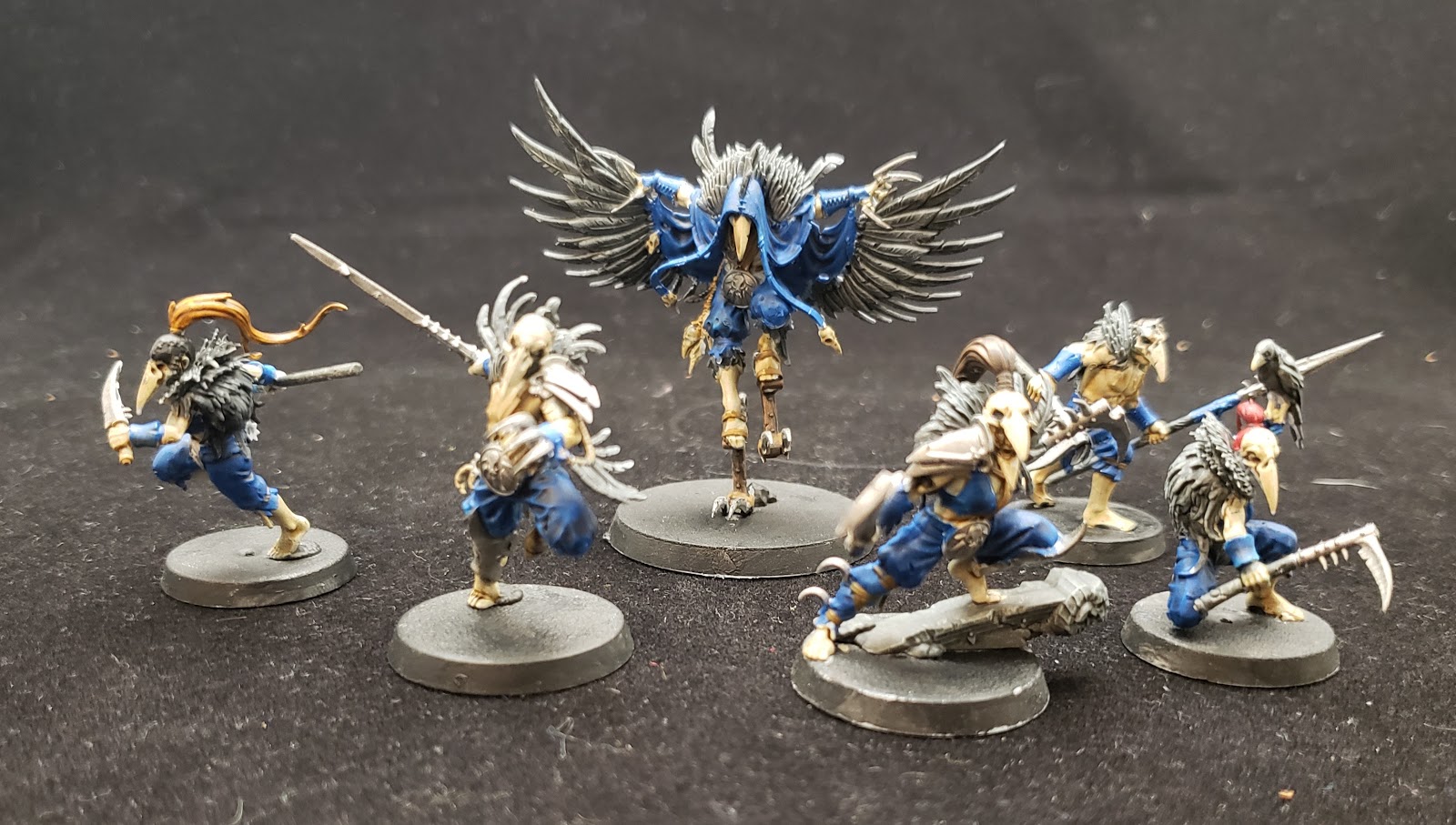 I had some more time to work on my warband.  This time I painted up two Cabalist and the second Spire Stalker. I am now two thirds of the way done with my warband. 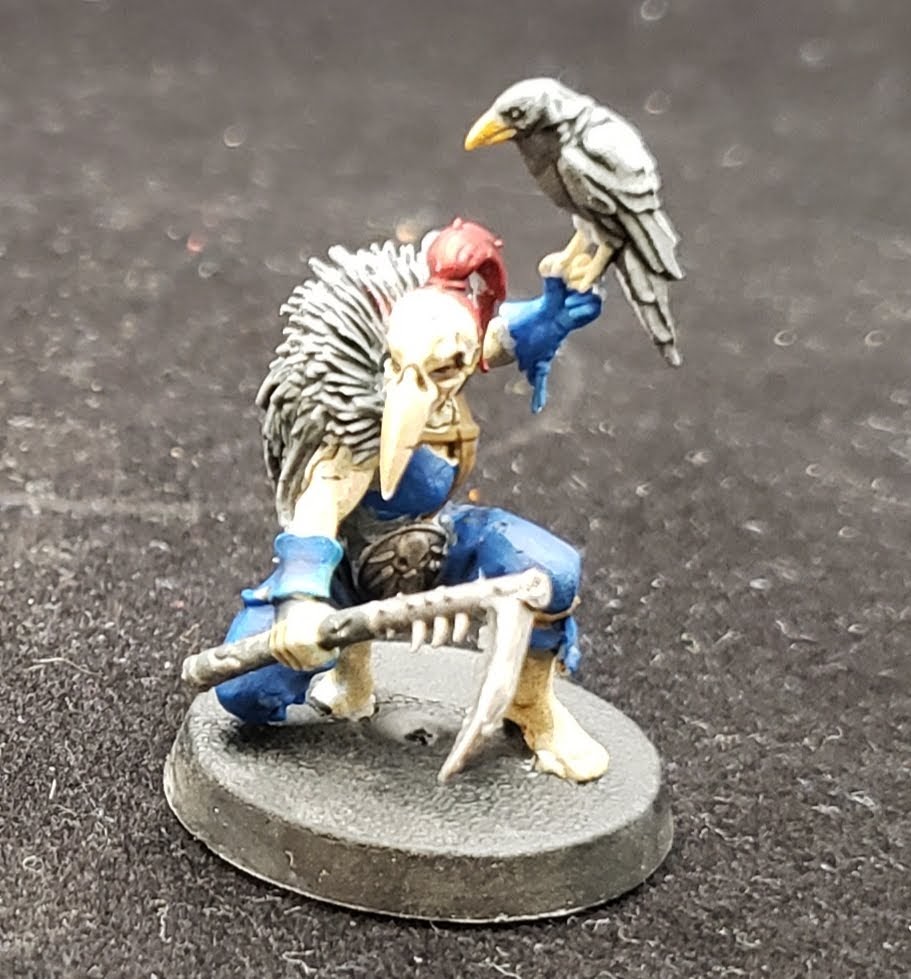 The first Cabalist has the familiar.  This gives the model a extra ability to send out the bird to harass an enemy fighter.  This keeps the fighter from disengaging.  It is a handy ability if you want to keep a dangerous foe away from a key fighter. 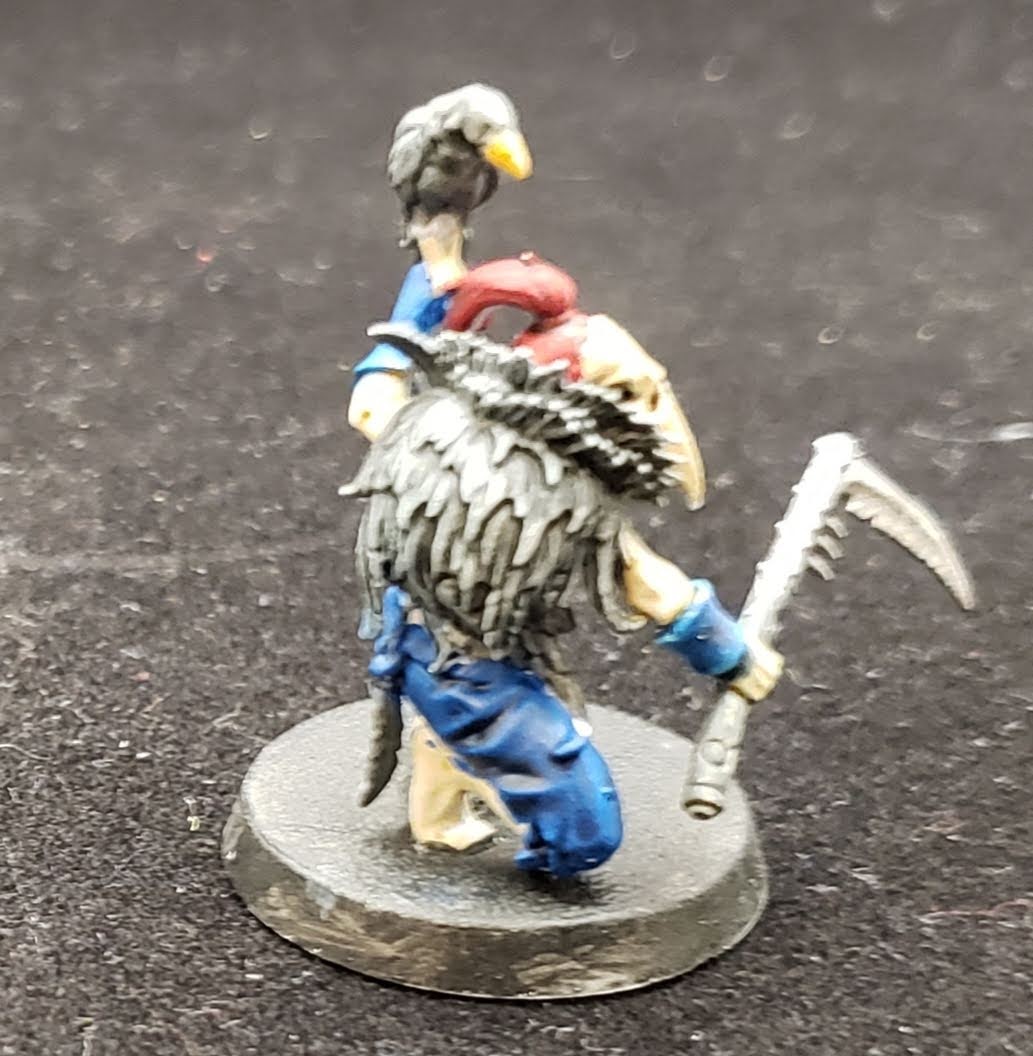 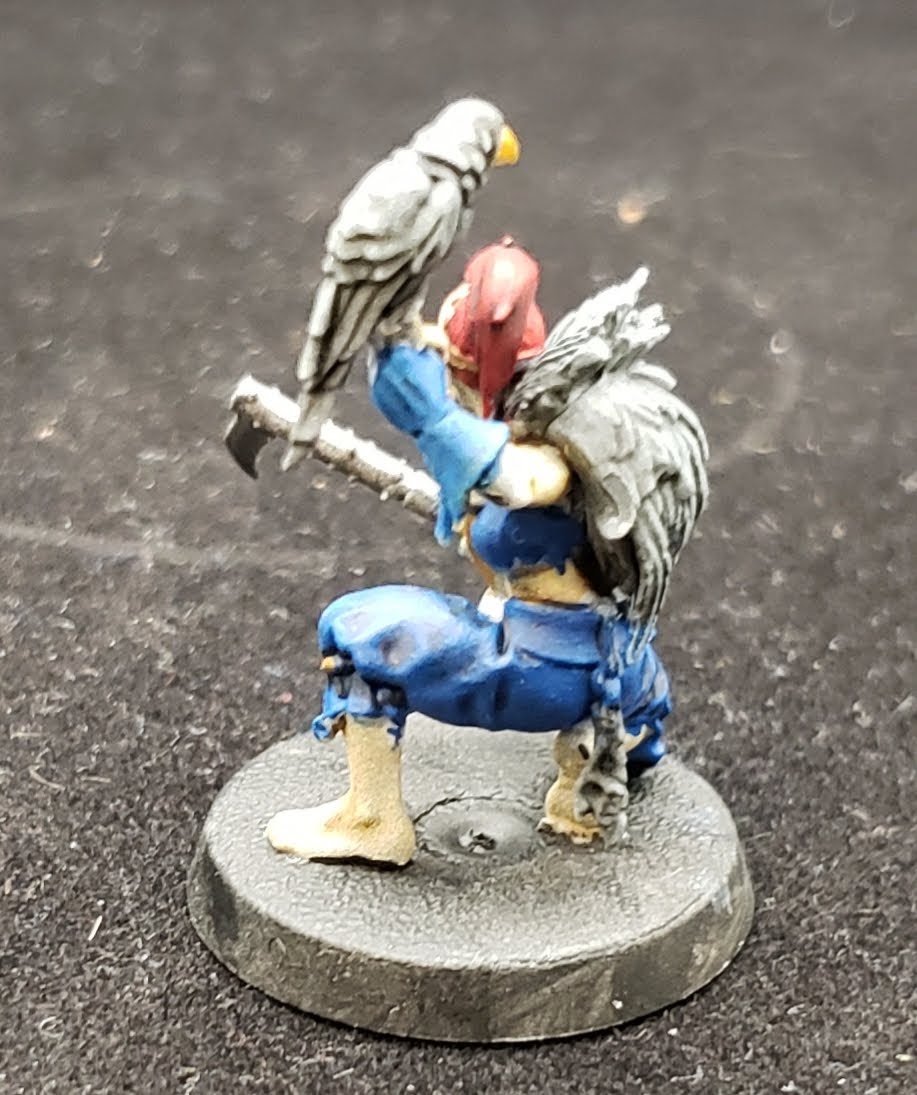 The second Cabalist was the second spear wielding one.  The extra inch of range the spear gives  came in handy this weekend.  The Cabal doesn't have a lot of range so having a 2" reach on these guys helps to relieve that a bit. 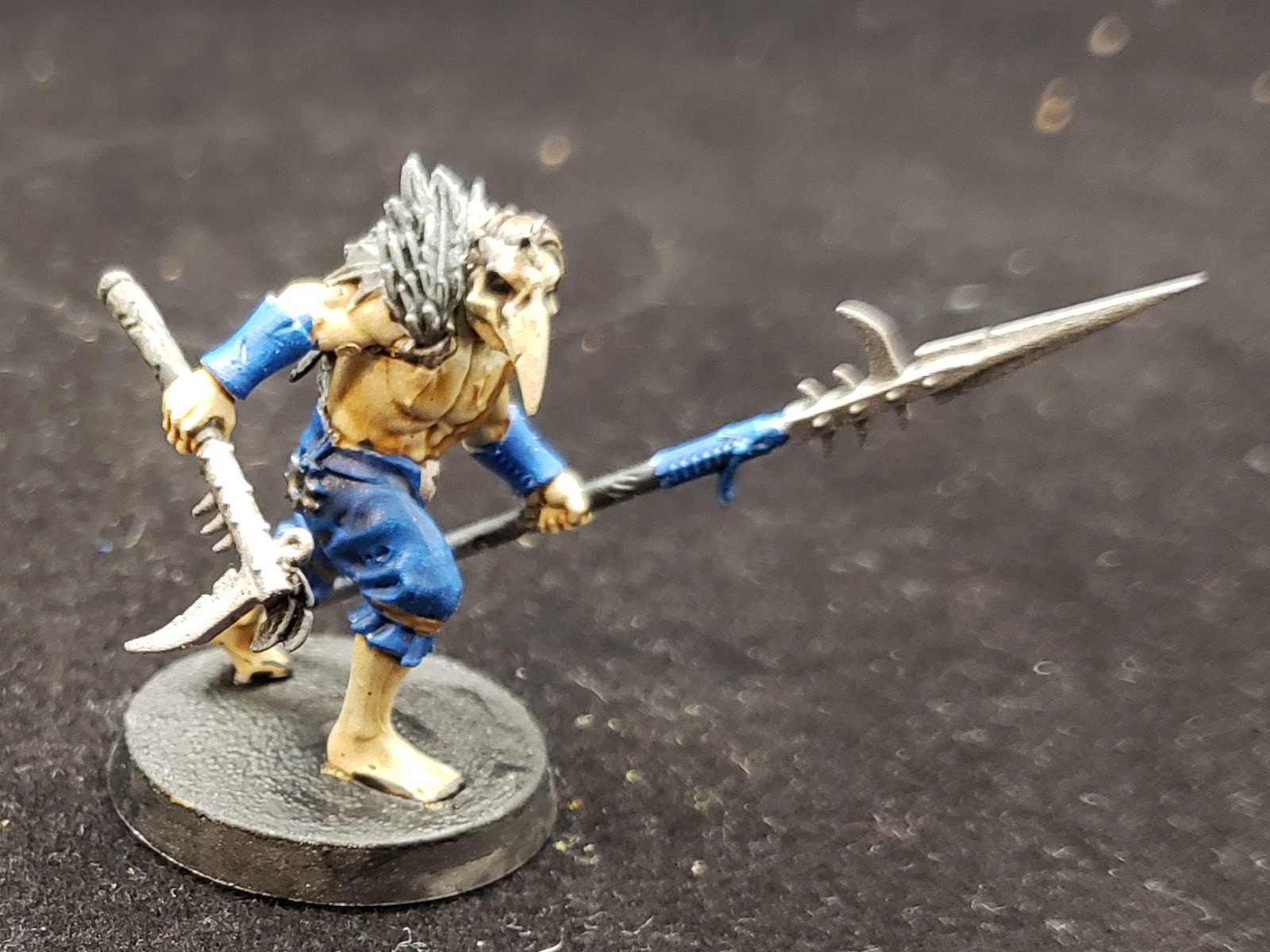 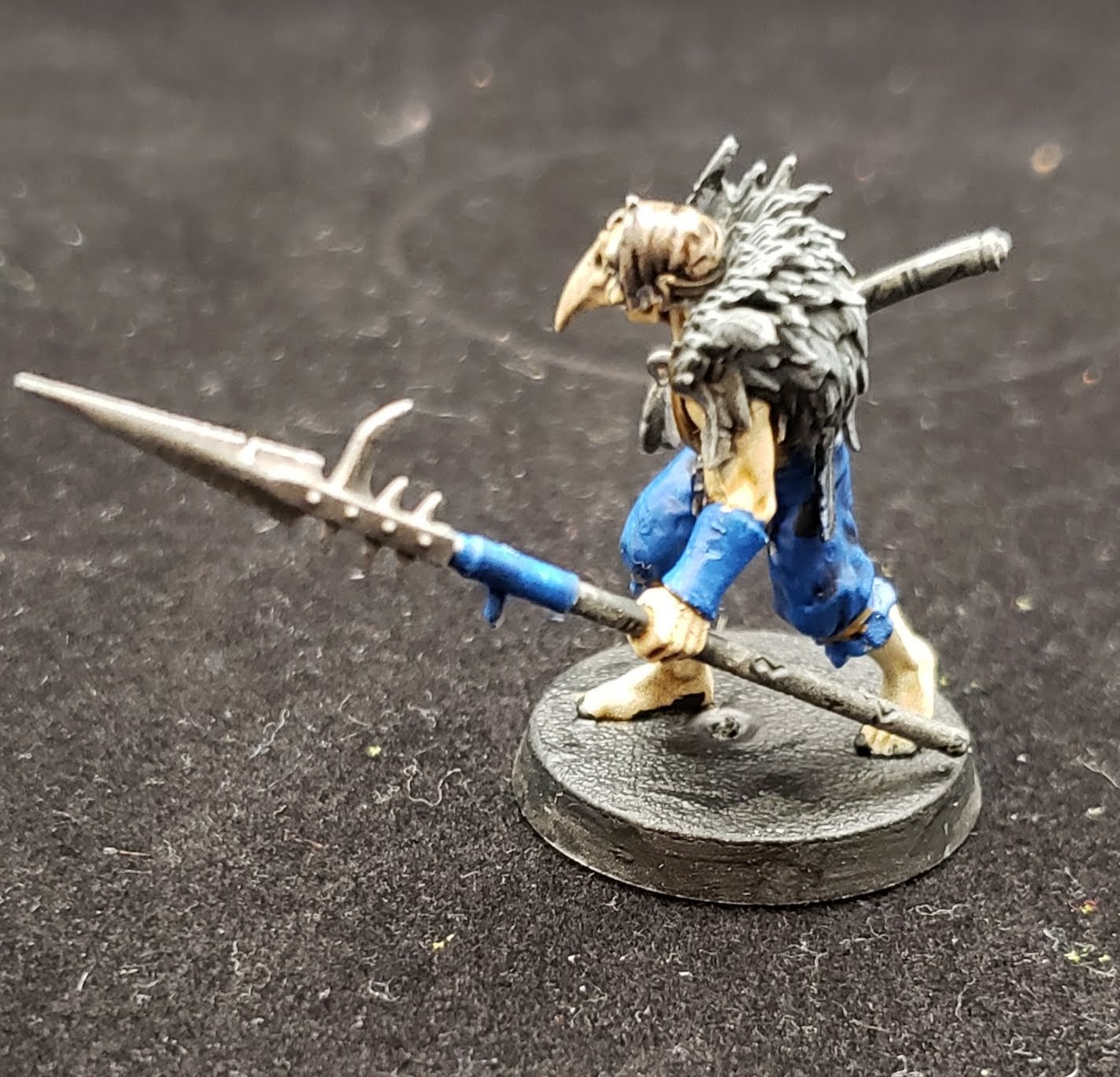 My last model I worked on was the second Spire Stalker.  Instead of a sword and dagger like the first Stalker, he has a sword and claw.  While it looks different this makes no impact on his profile. 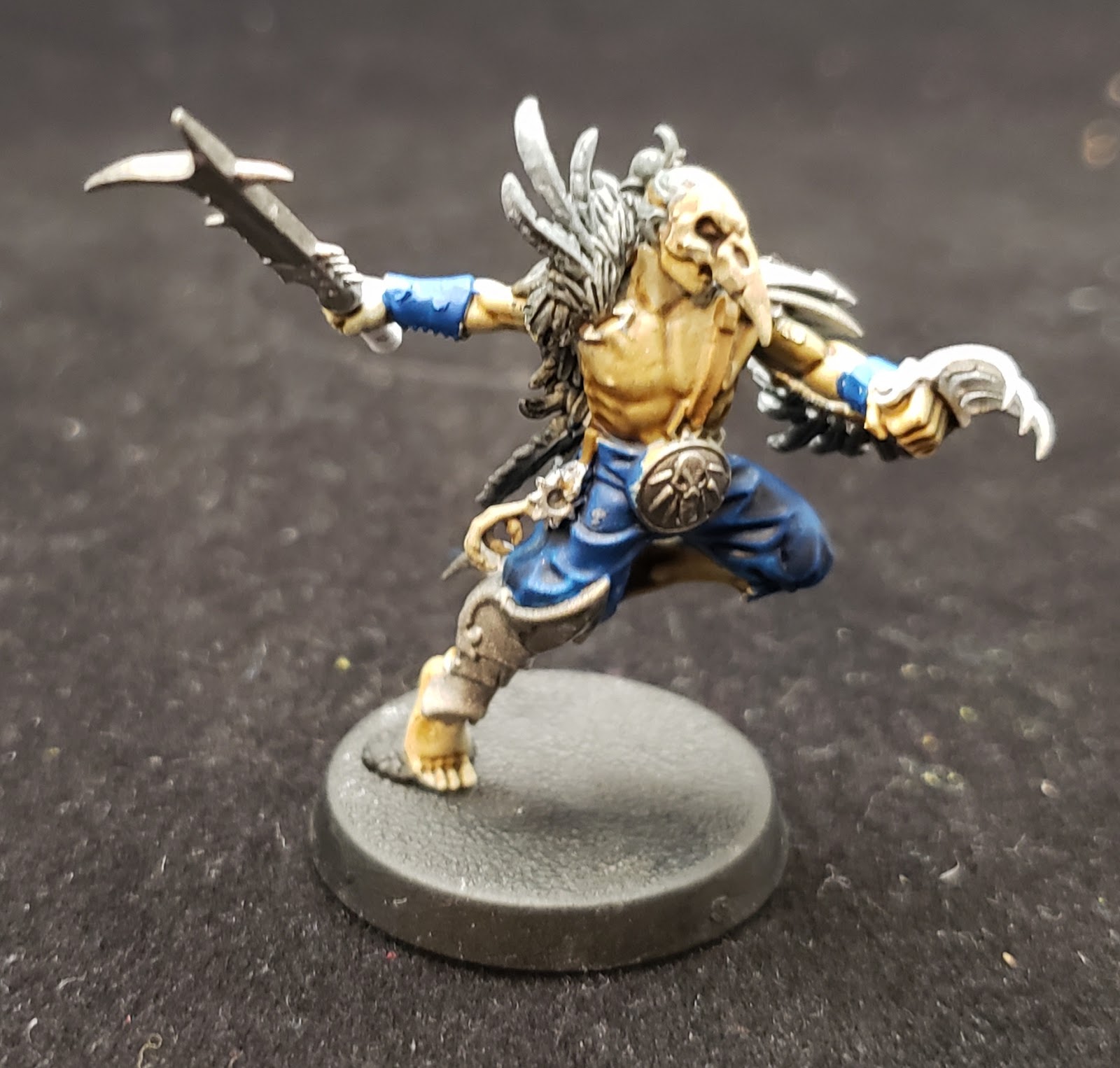 While painting him, I had some trouble painting his chest.  It didn't turn out well the first time so I decided to repaint it.  as with all contrast paints,  I had to lay down a base before painting the contrast layer. The fisrt layer didn't cover the base completely so had to use a second layer to get it to look correctly.  Unfortunately, This gave it a bit of a darker look.  Over all I think it looks good but I do want to get a better base than Seer Grey.  It is to dark and doesn't match my primer well.  something to think about. 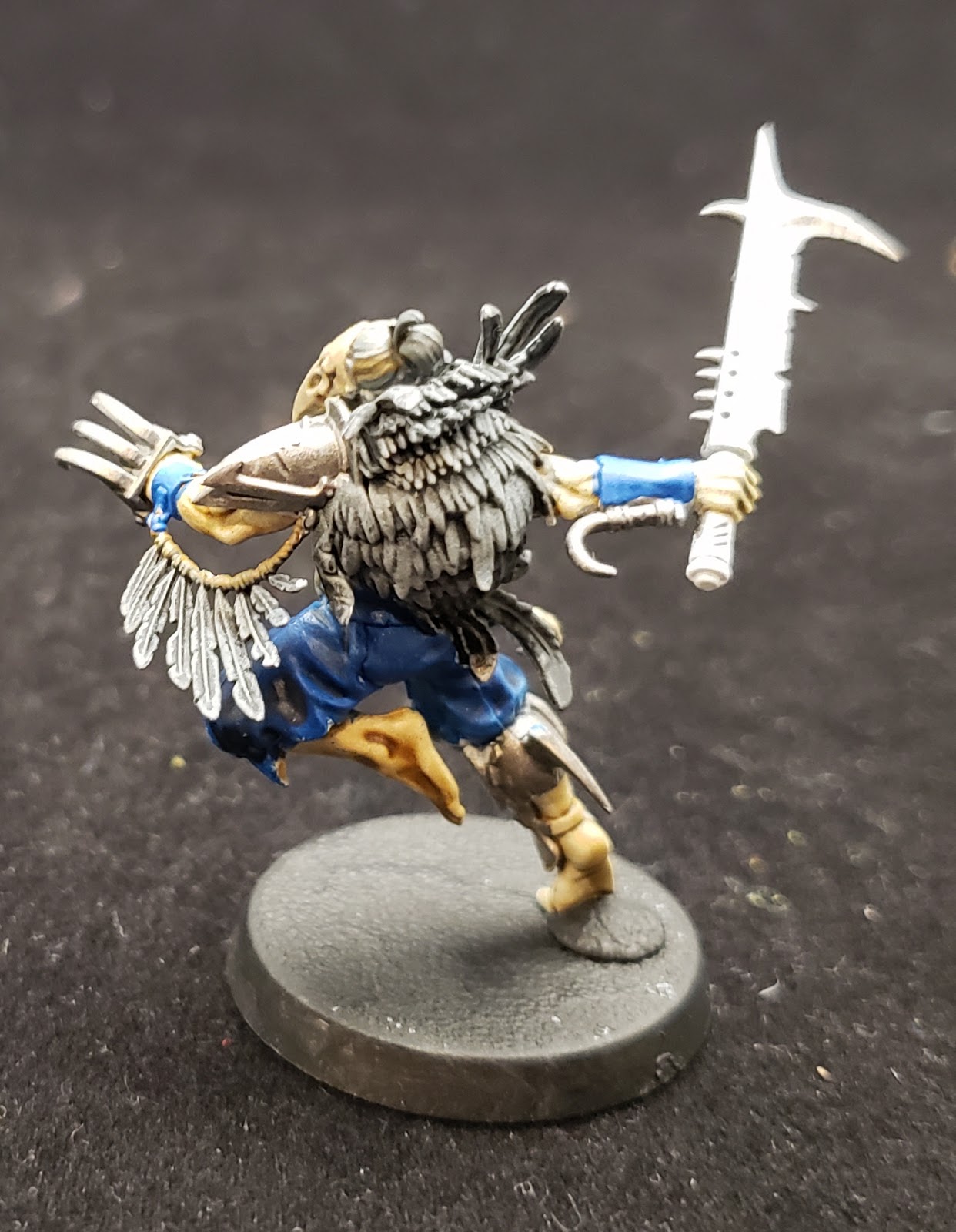 I did get in my first game with the Cabal.  The game was fun and quick.  I can see getting in a few games in a night instead of one 40k or AoS game.  While that is cool, it will not hold my attention like 40k does.

Let me know if you have any questions ?  Have you tried to play Warcry yet? Will the sisters come out before Shorehammer? What do Squigs taste like? I look forward to your answers.