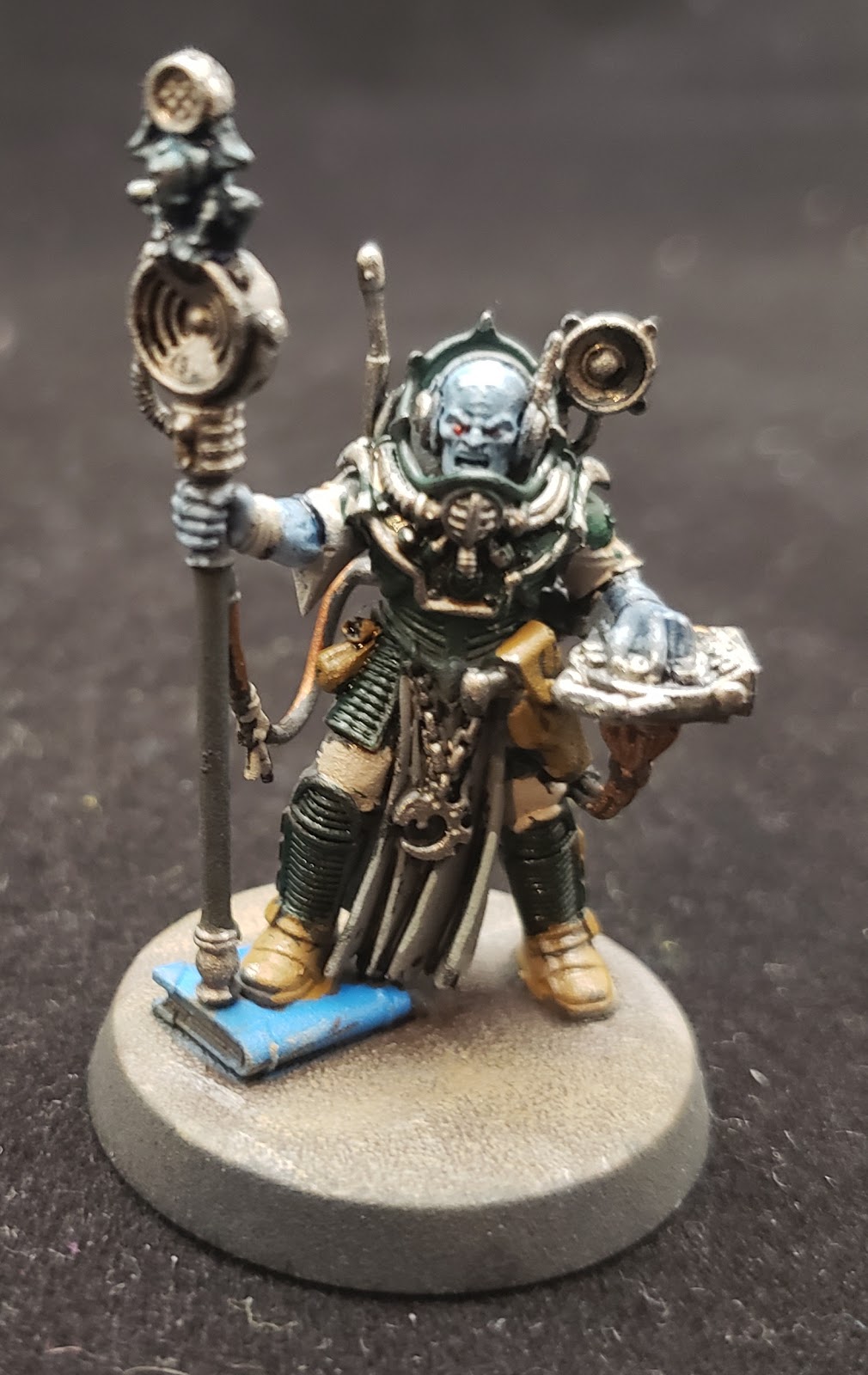 I thought I would get back to my Genestealer Cult and decided to paint my Clamavus model.

The Clamavus has the standard neophyte paint scheme.  The two different areas were the tabard and the idol on his staff.  I decided to use Skavenblight with a Dawnstone highlight with a Nulin Oil wash for the tabard.  For the idol I chose a Games Color paint named Arctic Blue.  I have used this in the past for a metallic blue but for some reason it was not mixing right.  It is several years old so I might have to get another one if I ever need it again. I might repaint this with a bright silver and a glaze to get the metallic blue look. 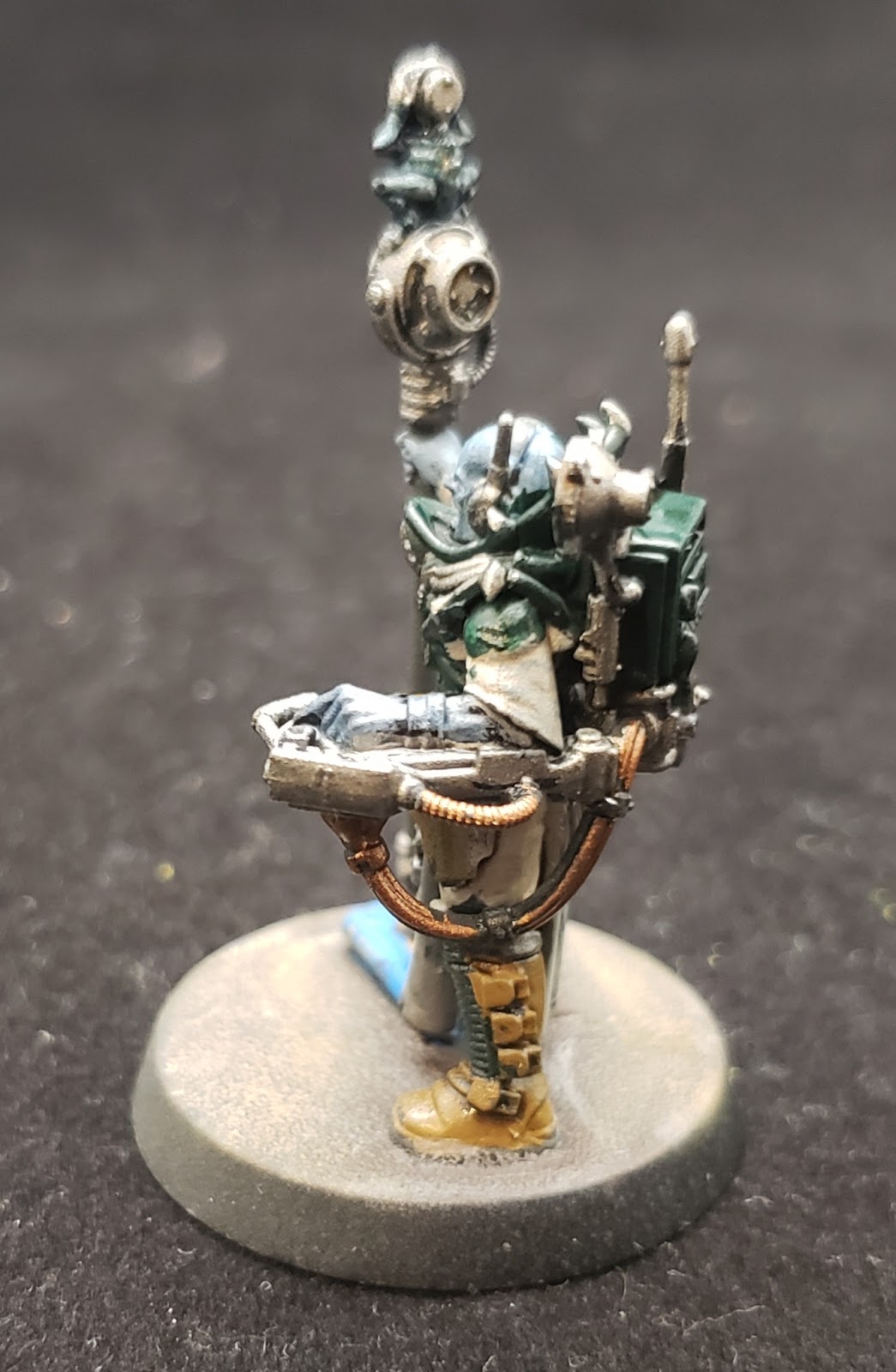 I decided to paint him since he was seeing more and more games and was an easy check off my Trello Board. In game, he helps my units that are cult ambushing get into combat. He has an aura that gives +1 to charges to units within 6".  In most games, I would get +1 for the Cult of the Four-armed Emperor, +1 for the Clamavus, and for my abominant and abberants another +1 for  the Anointed Throng detachment.  This makes the charges more reliable.  It is still not 100% but it is much better than the 9" that they usually have. 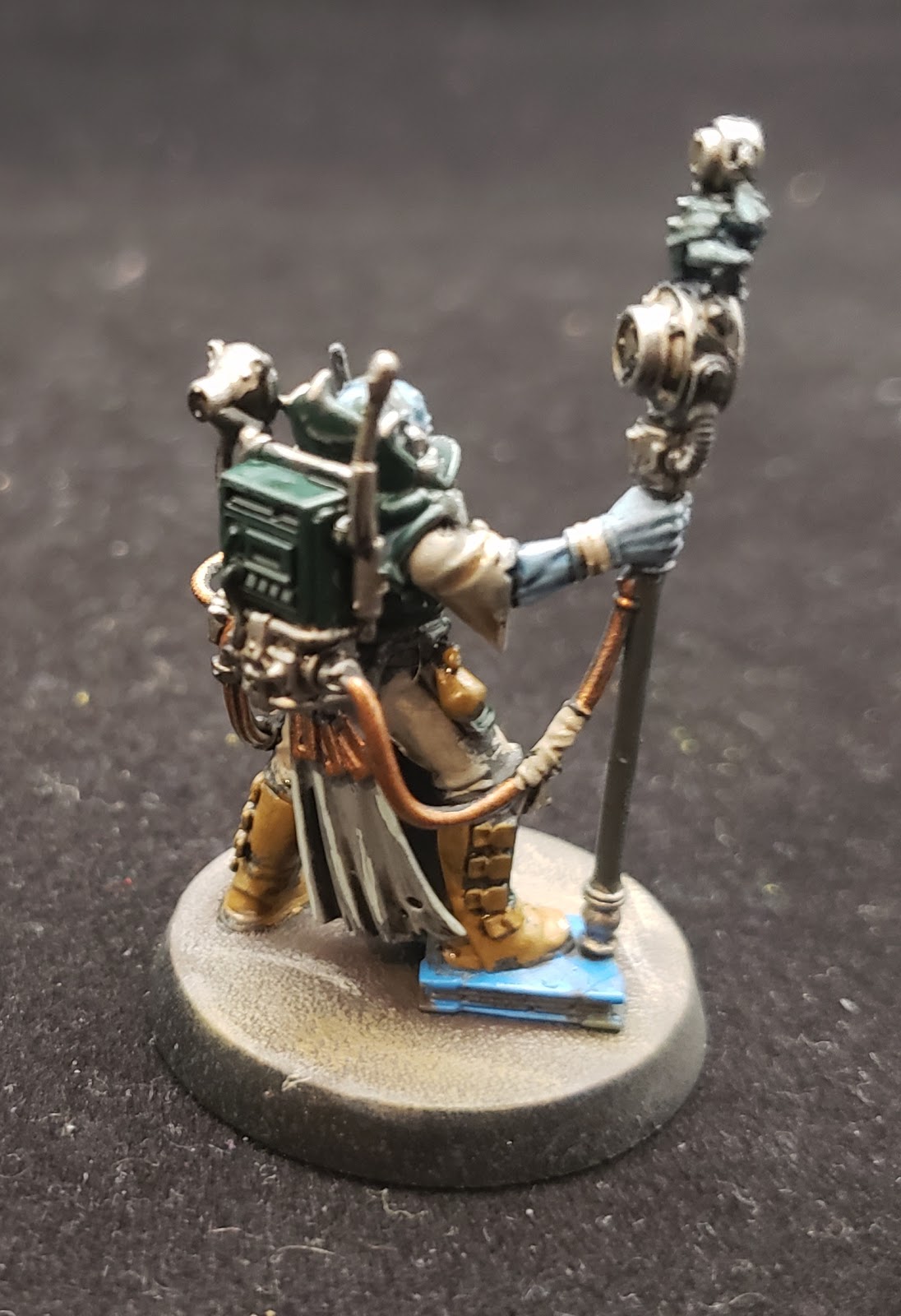 With him finished, I can get back to working on items in my queue.  I have really been neglecting my Resolutions board so maybe I can work on checking off some of those models. Since  I currently am playing my Genestealer cult, I might want to finish painting the units I use so I can field a fully painted army again.  What ever I decide to next , I have my work cut out for me.

Questions? Comments? For the Four-Armed Emperor!!
Posted by Grenn Dal at 10:50 AM