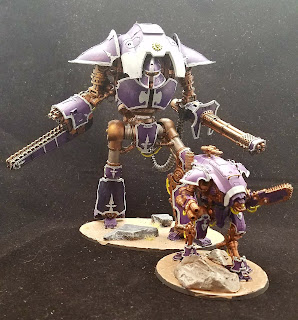 Yesterday I added the finishing touches on my Armiger Warglaive.  This baby knight can help his big brother getting rid of the chaff or help out the Mechanicus by bringing some heavy fire support to the table. 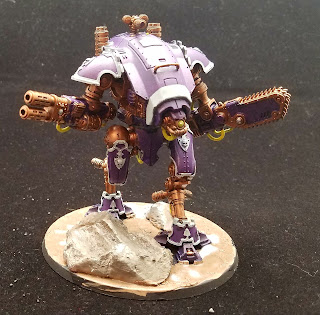 I painted him up as I did the Cerastus Knight Acheron.  He will support my Ad Mech army.  While I dont' think his firepower is better than a dunecrawler I think he is more of a threat that my robots and crawlers can stand a chance on the table while he is around. 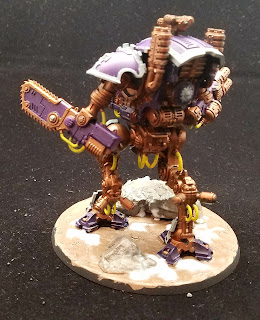 Assembly and painting of the kit was pretty straight forward. The legs can be posed in a couple different poses with out converting.  I posed the second one the other way. 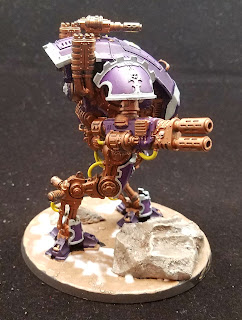 I also magnetized the arms on both units.  While there is only one load out for the warglaive I am hoping when the knight codex drops we will see a couple different builds. 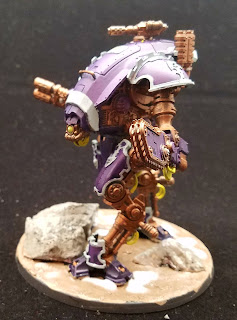 With this guy done I can focus on my slaughter queen and new cryptek.  After that I still have the twin to this guy and 20 witch elves to build and paint.  May should be a busy month.