Merry Christmas all. Last week, inbetween cooking, wrapping, and partying, I finished up painting a squad of Inceptors.  This catches me up to the rest of the warlords for the Tales of X warlords. After a slow start I have finally caught up. 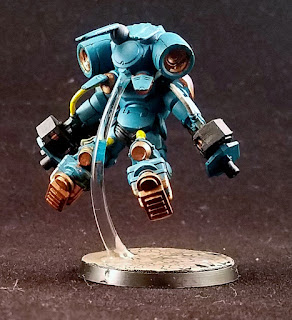 Last time I had trouble keeping them glued to their flight stand but this time only one of these actually came off its stand. I didn't want to break the others off, so I only fixed the one hoping the other 2 will stay attached. 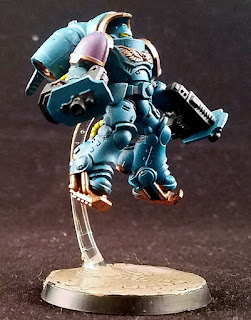 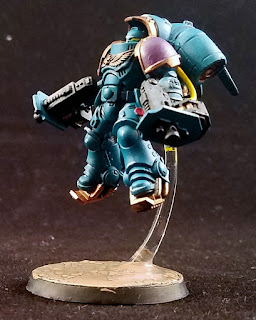 This will be my second squad of these jump troops.  I am not sure if I will ever need more than one but for the purpose of the league I needed a fast attack and I had these models so I now have two of them. 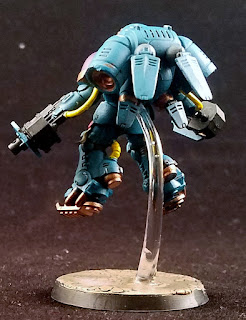 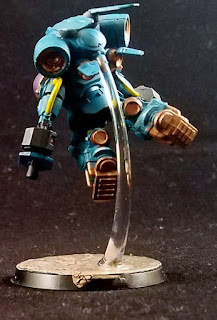 I may proxy one of these units to get a feel for the the plasma gun version.  I am wondering if that version would be better suited to my needs or will the 24 heavy bolter shots be enough. I think the hellblasters will be enough plasma for my army. 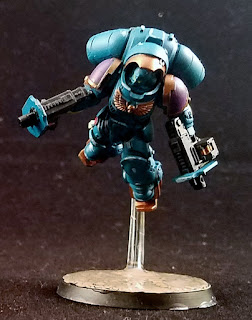 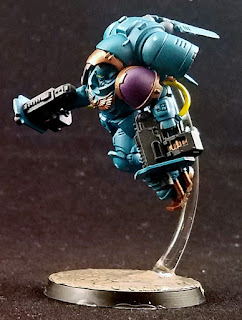 Out of the three models this is my favorite.  One of them looks like he is surveying the land, the other is boosting forward, and this one is aiming his gun at a target.

Questions? Comments? Cawl's will be done!