Martian Board Work In Progress

Other than that awesome intro Grenn Dal gave me, not much to say! I'm glad to be here, and I'm sure you'll get to know me in time. I wanted to start with this project I've been working on for the club.

That's it! I've got a variety of terrain basecoated, but with the current holiday season and work crunch, it's been all I can do to get that done! Here's a quick tutorial on what I've been doing  in order to build this board. 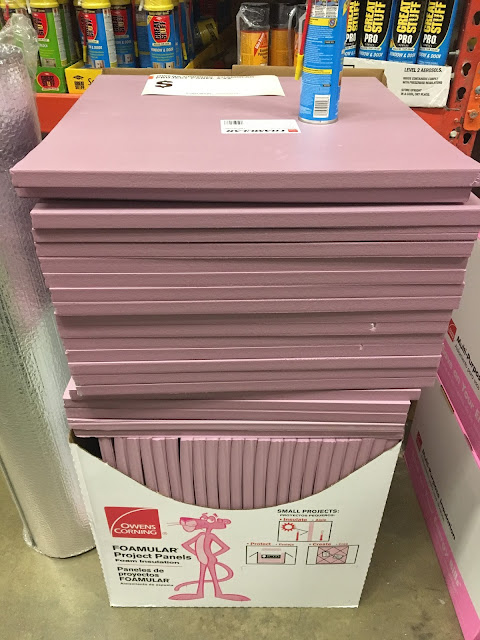 To start, I sourced this awesome 2x2 ft foam from Home Depot (DIY / Builders store here in 'Merica") I bought four panels, two for each section. I wanted to test my planning before I bought into the rest of the projects.

Note - I know it's cheaper to buy the huge one and have them cut it up, but as I live in an apartment, space is tight and my care can't exactly transport a 20 foot section (or a six foot one, for that matter!) 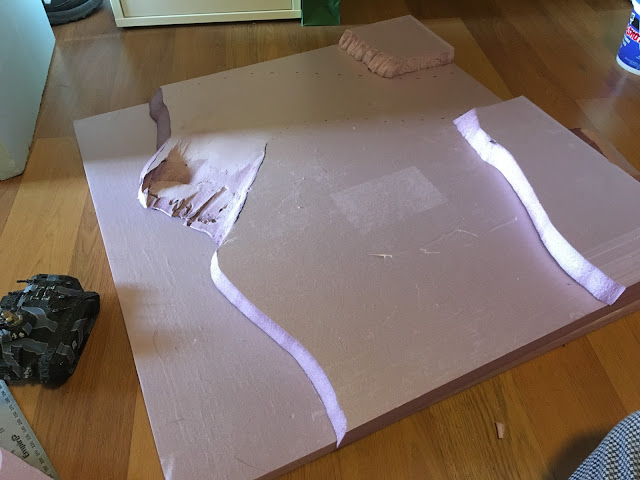 After tracing an outline and attacking it with my newly purchased $15 Hot wire cutter, I was moderately pleased. At this point, all the pieces are still loose. 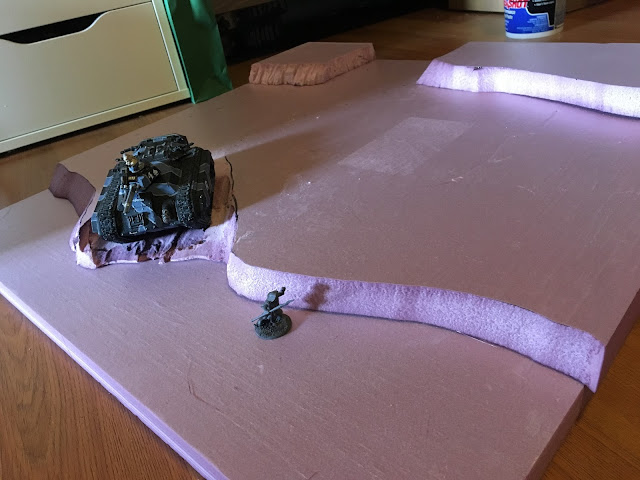 Testing the tank's ability to drive down the ramp - shallow, but not too much!

Between this step and the next, I spent time attacking all the edges with a steel ruler and a knife. You can see some of the handiwork in the background. 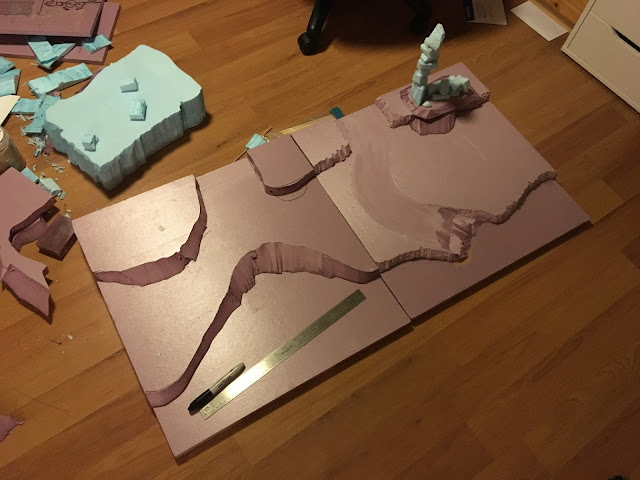 Second part of the hills completed. You can see that the smaller hills and larger hills match up (mostly!) and that both hills have access points for troops and tanks. 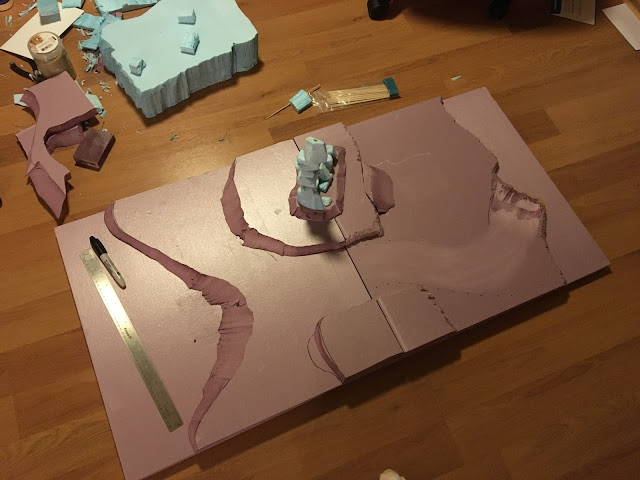 I was tempted by this layout but it would create too many chokepoints for some units and the like. So I settled on the first one. 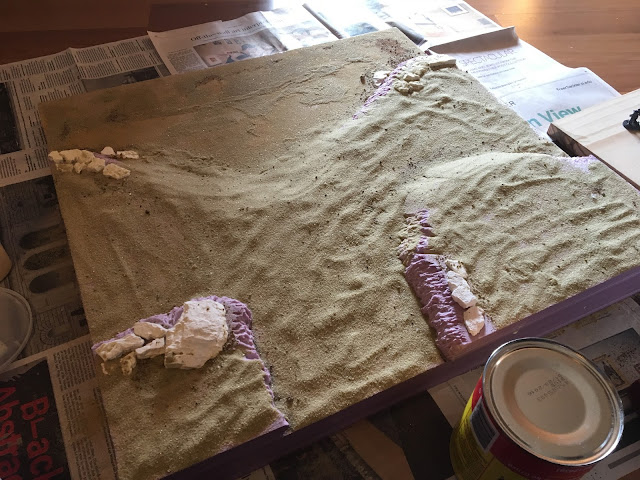 As this was my first time making a 3-D board, I decided the glue and sand in smaller sections. Also, I was limited in how much sand I had (mistake, next time buy more different types of sand - fine, medium, and coarse).

Second mistake, not diluting the glue with some water to spread it apart and avoid weird ridge lines as seen to the right. I had to go back and fill in several different sets of holes. Which was REALLY obnoxious. 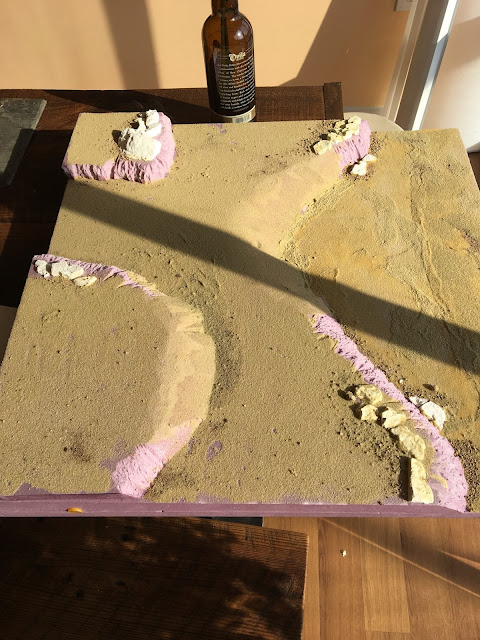 Tried a different strategy for number two. Watered down filler painted over the foam first, followed by sand. I then went back and covered the sand with filler-water combo on the first one. 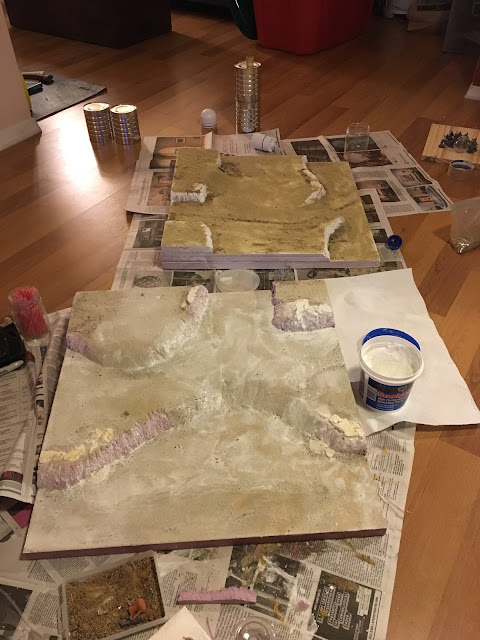 That done, I finally glued them onto a 2x4 piece of plywood (about a quarter inch thick, maybe?) 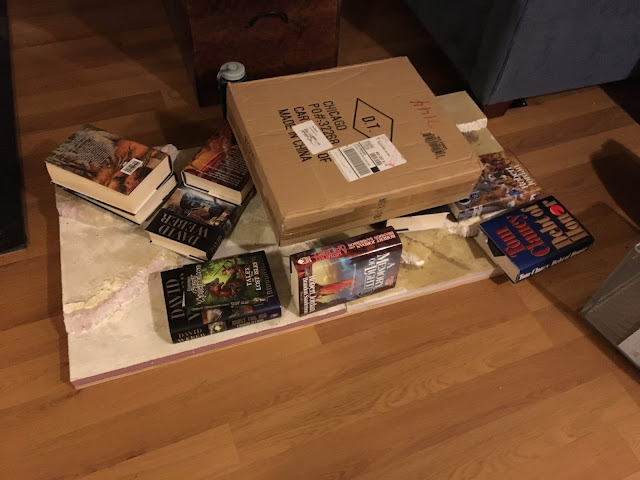 Totally obviously needed to squish this down slash avoid warpage. Left it this way overnight. 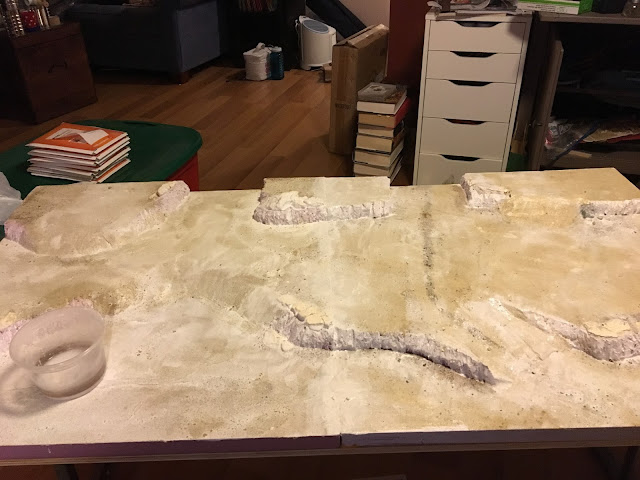 Used more filler to try and cover the gap. Got impatient after only one layer. Shouldn't have (but that's my own fault) 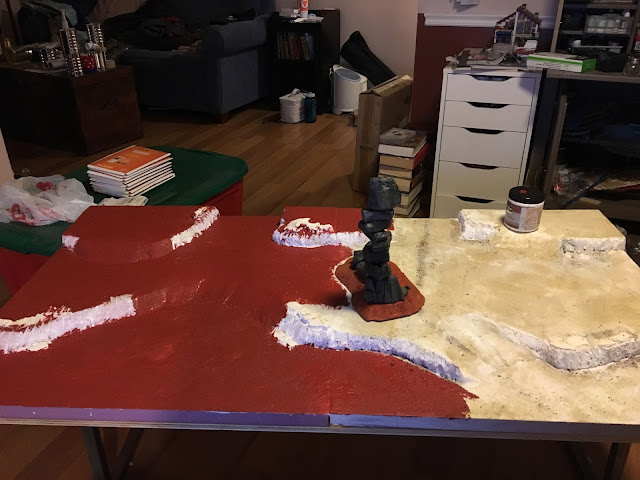 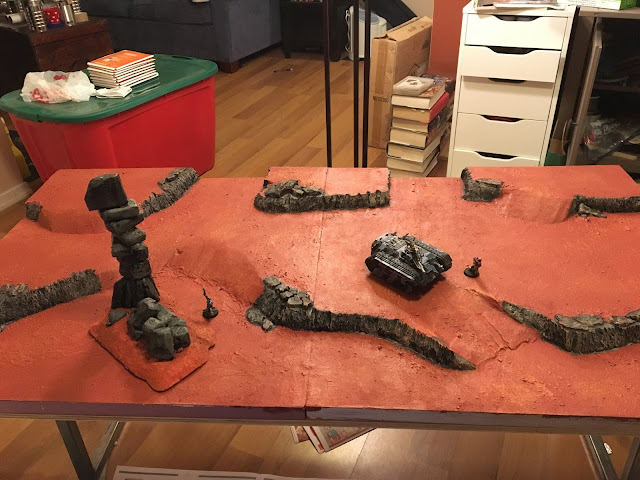 Mostly done now! Rocks painted with a black-wash and a double layer of grey dry-brushing. Red is Deco Red house paint by Behr and Rusty Gate as a heavy dry brush. I also lightly drybrushed the rocks with the orangy-red as well to add some additional highlights and texture. 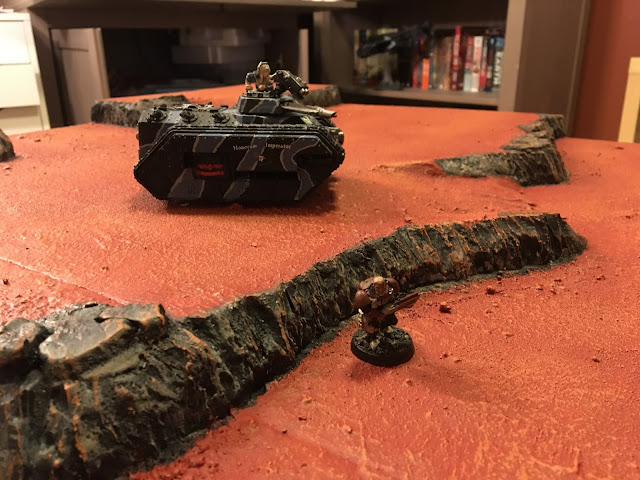 So, one part down, two to go! Here's the assembled 'stuff' to continue building material supplies. 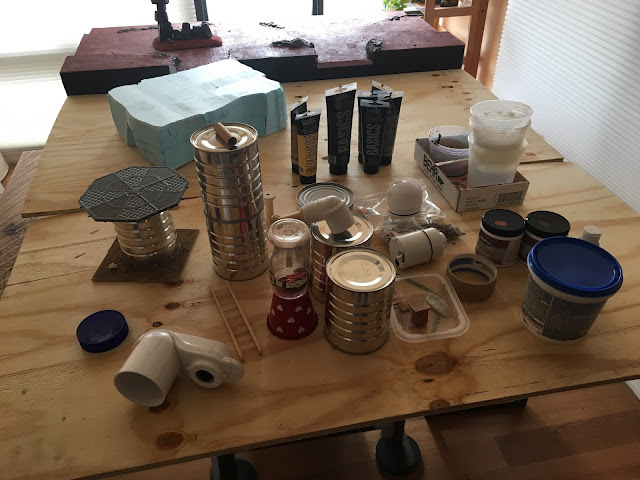