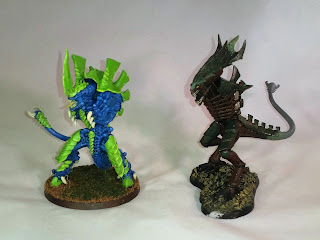 My Friend was very nice and offered me this old Forgeworld tyrant. He said he didn't think he would use him and thought my fleet could absorb him.  He was right!  After a little cleanup I thought about how to arm him... pun not intended... funny though >_<

Seeing that I don't run to many tyrants, I thought his smaller build and warrior look could make him my prime.  If I was more WAAC, I would run out and get some wings so I could have my third flying tyrant but to be honest I hardly run more than one. 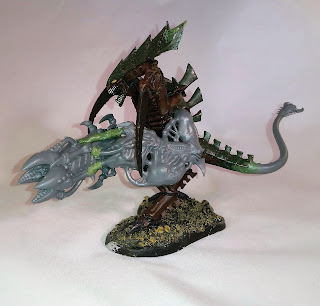 First up was a Miasma Cannon.  I took the Tyrannofex cannon and modified it for my guy to hold. It looks a little big but the consensus was what isn't in 40k. 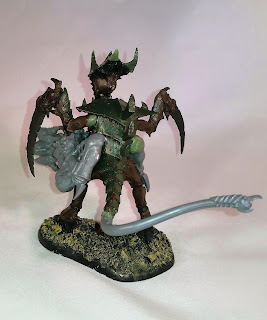 The tail is not a perfect match but will do in the end.  I feel once painted it will look great 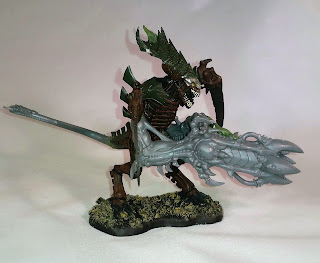 To make the arms fit I needed to take off most of the tubing I shortened some and just connected others.  Again I am hopping with some paint it will look more complete and not slapped on. 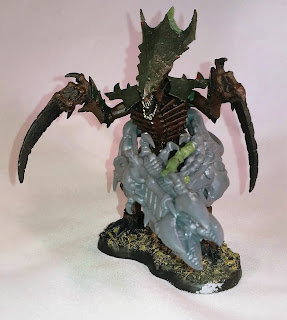 The other weapon my prime uses in the Campaign is the Maw Claws.  I figure some crushing claws will be a decent stand in until I can get something better.  Since a tyrant or a prime can't have crushing claws there shouldn't be any confusion. 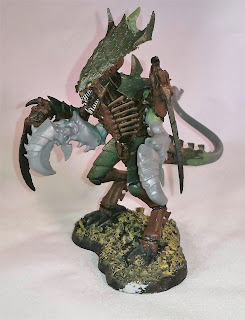 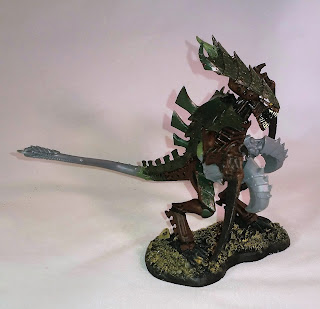 This guy really does look like a big warrior.  the head, back, and single row of chimneys  make him look smaller until you compare him side by side with a real tyrant.  I was shocked to see he was bigger than the real thing. 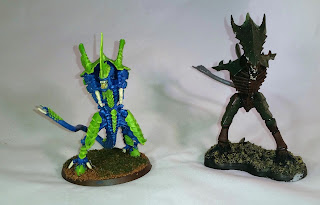 Overall it was awesome of my friend to give me this guy.   I hope to have him built and painted up ready for the next games day.   Hopefully it will be warmer this week so I can get some primer down and start painting him up. What do you guys think?