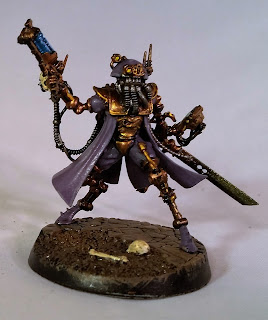 After assembling my Infiltrators I noticed that I hadn't built a model as a princeps.  This will make it tougher when I have to distinguish which model is which.  Looking at the parts left over I started to look at what I needed to make one.

After some creative cutting on the arms and some green stuff  all I needed was some legs and I could make a princeps.  I went to Bitzbox and found some legs for him and for the extra ranger I was working on.  Once they arrives I glued them on and started to paint. 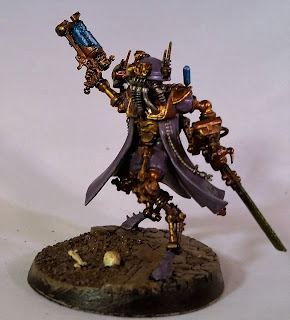 I had a resin base from a different project that was in a cracked earth style.  It is a nice little addition to make him a little more special. 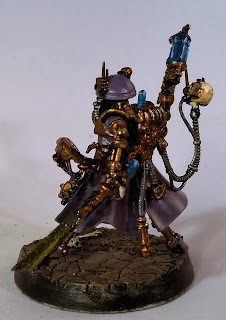 I went with the Phosphor Blast Pistol to help distinguish him from the other infiltrators.  It can also be used as the artifact gun, the phosphoenix. 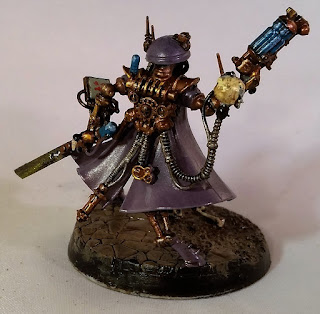 I painted the sword with green nail polish like the rest of my power swords. It is a simple solution and it works for me. 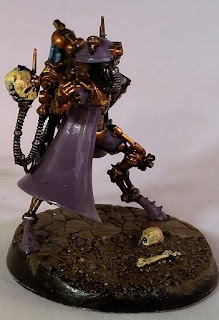 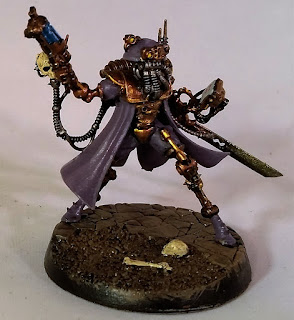 So another Skitarii model complete.  I wasn't really counting him in my list but now I can run a 6 man infiltrator squad.  The more the merrier I guess. Next up is my last ranger.  This will bring me up to 4 arquebus snipers.  While they are not awesome thay did come in handy shooting across firels with their AP 3 shots.