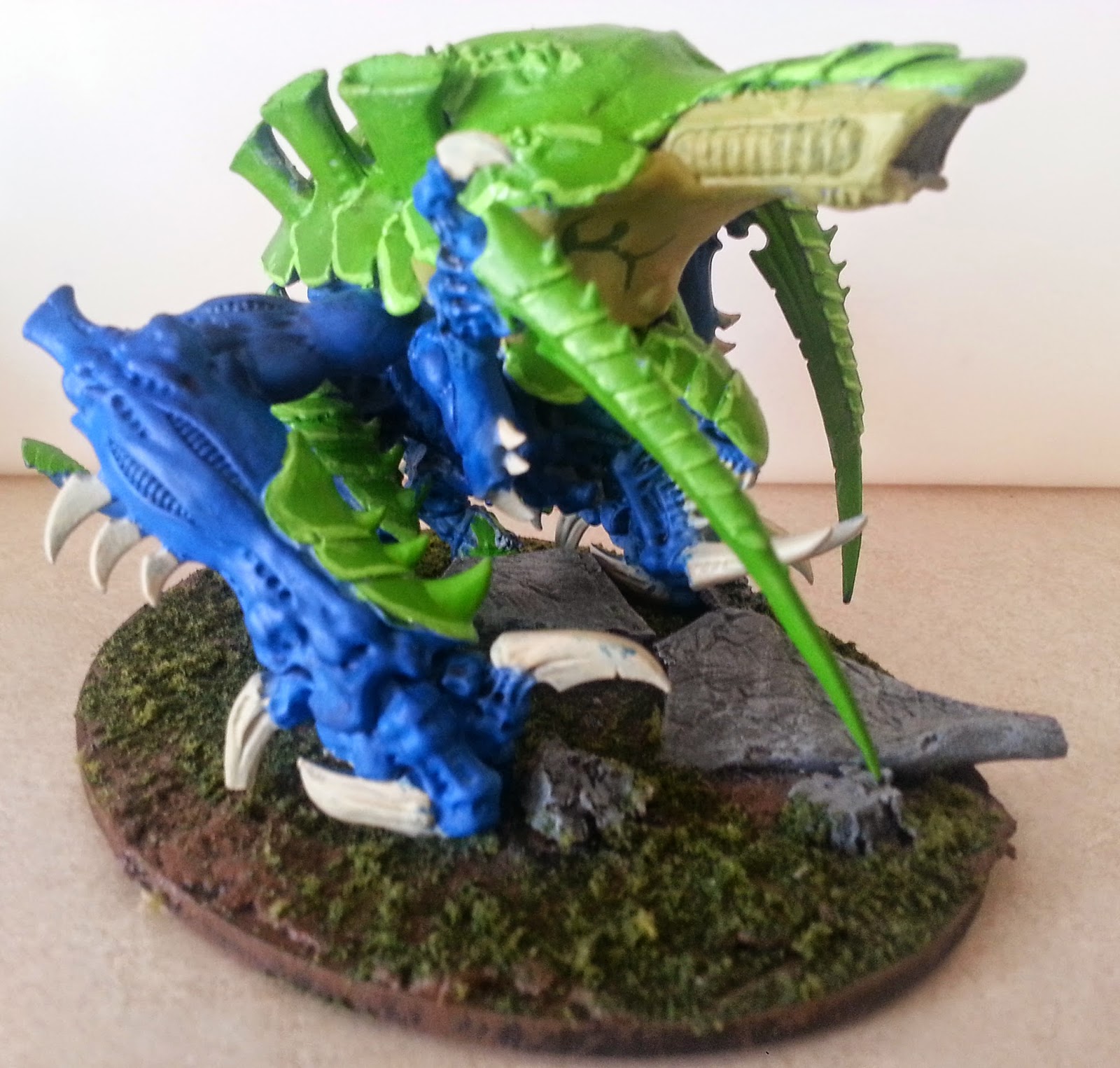 Hey Gang,  I am sorry that I have been quiet lately.  I was out of town and did not get a lot of time to do any hobby work.  I did finish up my second Dunecrawler and hope to have a post about it in the next couple of days.  Today's post will be about my third Exocrine.

If you read my blog you know that I love the exocrine.  I have one official kit from Games Workshop.  I also have a modified Carnifex that was my Tyranofex but then they had a real kit come out and so it became my second Exocrine.  Now I found a great deal on an old armorcast exocrine to complete my trio. 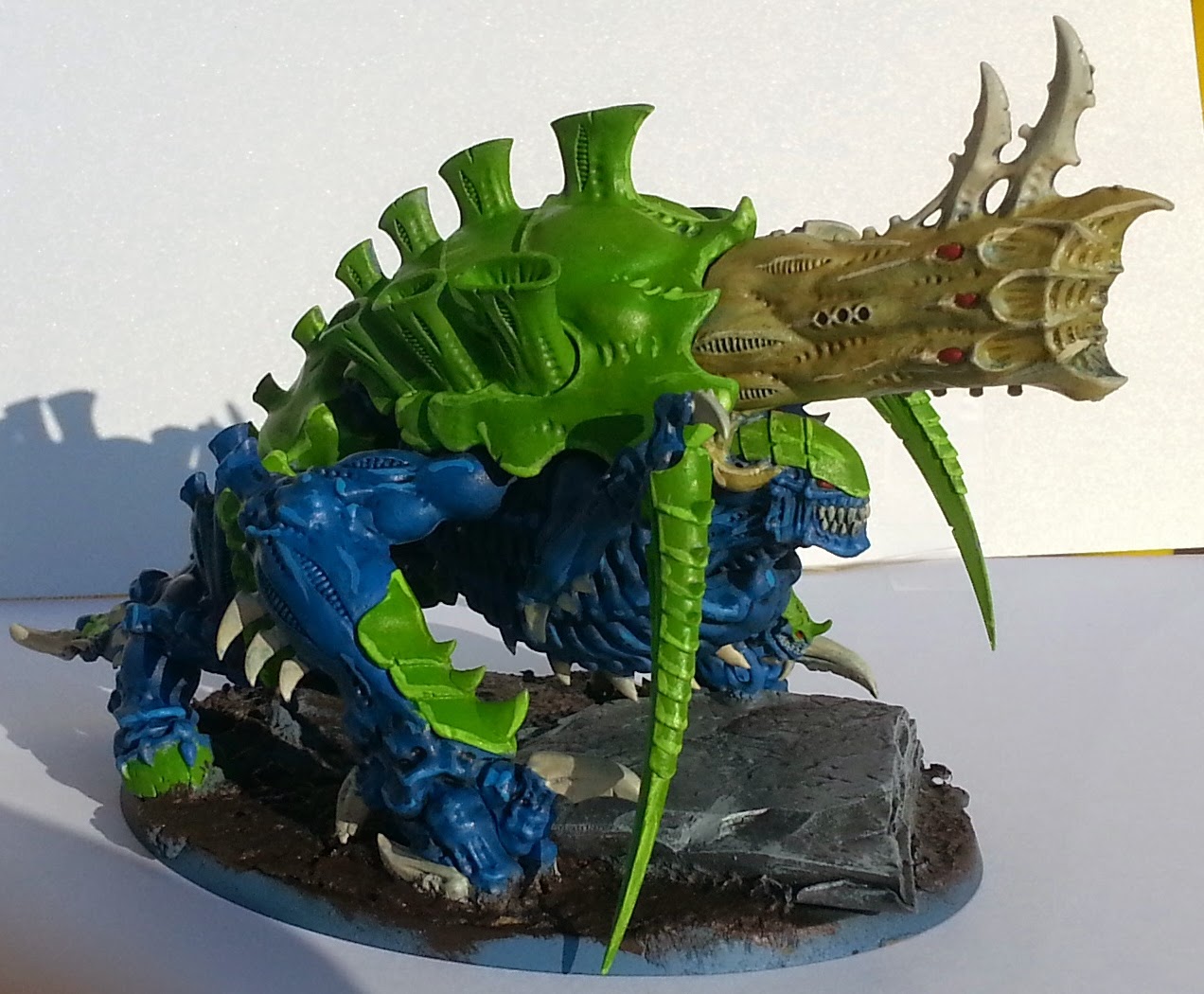 It is amazing that the new kit is supposed to be the same creature as the original Exocrine. Besides the big gun there is not many similarities.  That being said, I have been wanting one of these guys for a while. I love the look of the new one.  It ties into the new style of bugs with the 6 appendages.  It looks like a beefed up carnifex.  The old model is so different.

I think back in the day there was a lot more variation between all of the creatures.  You had the Zoats which were like centaurs, then there were the humanoid ones like the warriors (and zonathrope before the new snake look), the small dog like creatures like gaunts and these big slug creatures produced by Armorcast.  They made all the big items for GW before there was a forgeworld.  They are the ones who made the Warhound titan with an actual wolf head. 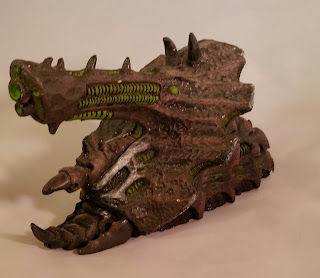 So, I wanted a third exocrine I started looking at all the sites and found this beauty for half the price of a new kit. If you have seen my biovores you know I like to have a bunch of variety in my army so this was the chance for me to pick up that 3rd exocrine while obtaining a bit of gaming history.  I look forward to getting him painted up and have him blasting terminators away. 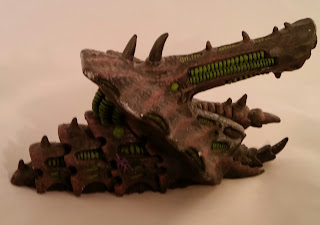 I think my army will be a bit tougher to take down and with him I won't bring a second hated flying hive tyrant.  I know he is not as strong as the tyrant or a useful I he does give me more ranged power to bring down the harder targets.  What good does wounding 12 times with devourers if they pass most of the 2+ saves.  This guy can give you 3-4 AP2 wounds that will have a better chance of actually killing something.  No if only they were T8 or had 2+ armor themselves >_<
Questions? Comments? Nom nom noms?
Posted by Grenn Dal at 12:35 PM