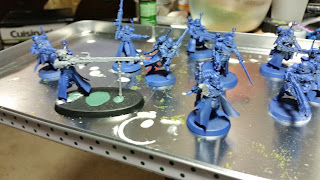 While trying to stretch my hobby money I am always on the look out for some deals.  I tried to pick some models from barter town and Dakkadakka swap shop but since I don't have any previous transactions my PM are going on deaf ears.  So back to ebay I went.


That is where I found these beauties.  They are assembled and primed. I usually like New ﻿On Sprue (NOS) or New In Box (NIB) but these guys were half off.  Now I see why. 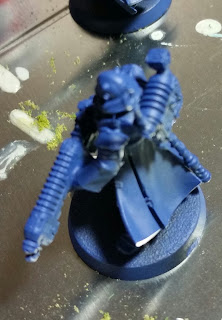 There is still flash on these guys and it look as if they didn't even try to match the front to the back for the torsos. I am going to try to fix what gaps I can like the one above.  Others wil just be wearing tails. 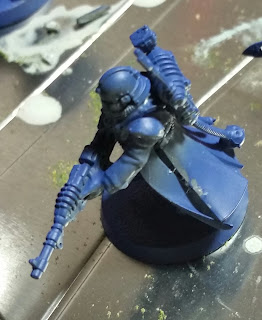 Look at this guy.  it is like they thought that the robes were not supposed to fit together. I am going to either play it as a seprate vestment or I will need to clip them off.  I will get some better shots tomorrow and I will ask for your guys' opinion. 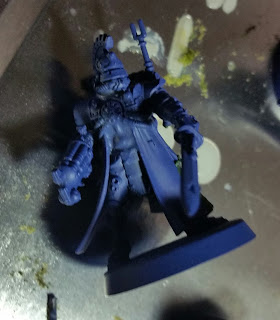 If the lining up of pieces was not bad enough.  They used so much plastic glue that details are lost.  look at those melted abs lol.

Over all I think once they are painted up and intermixed in a squad they won't be so bad. This just goes to show you that buyer beware.  Next time you might get a termagaunt with a genestealer head...

Look for my next post asking about the weird half robes.  until then keep on painting!

Questions? Comments? What the hecks?