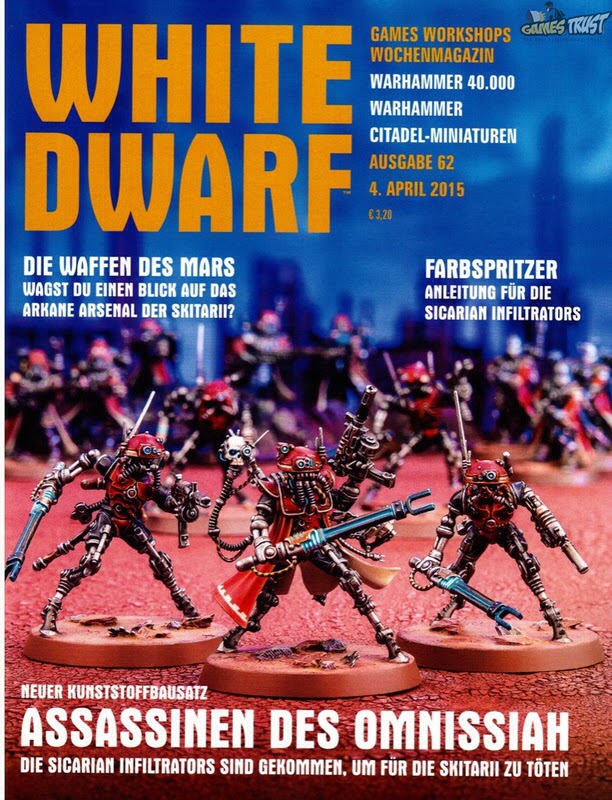 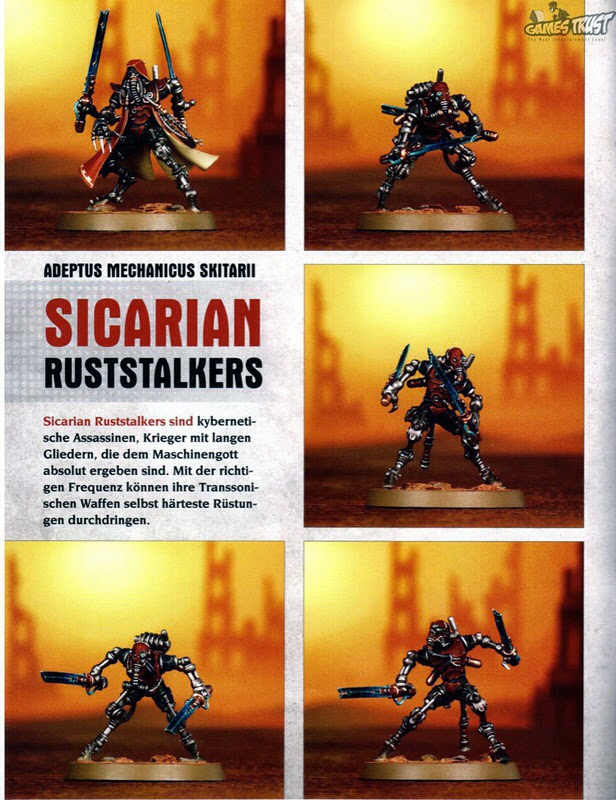 These guys Use trans sonic weapons.  According to the translation at Natfka has they are AP 4 but auto wound on a 6 at AP@ and if they make it to the second round, they become AP2 till end of the combat.  They also have assault grenades which will help them hit at  initiative. The biggest problem is just getting into combat.  We have not seen any transport and foot slogging is not a great option.  As a Nid player I know how hard it is to get a bunch of walking guys to where they can do some damage. 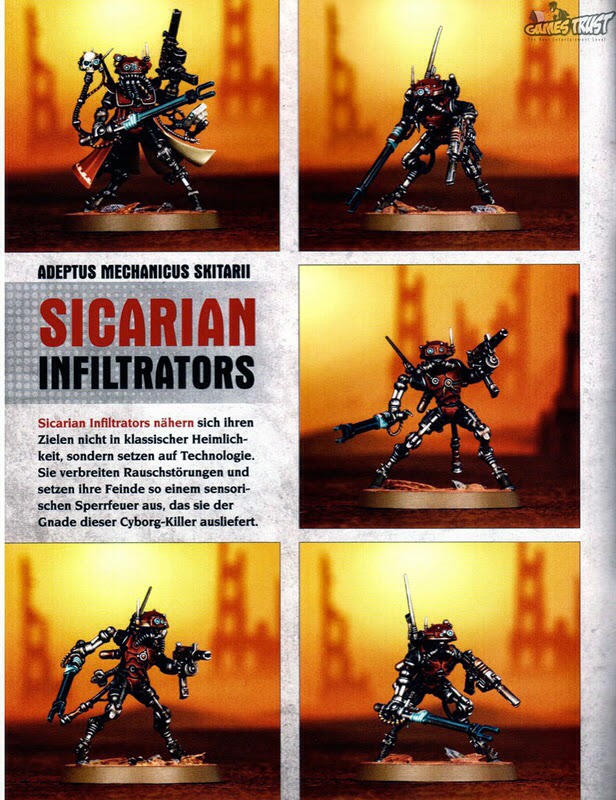 I really like the look of these guys. I really like the dome helmet.  These guys have a pistol option that has a 3 shoot and 5 shot mode. Along with the pistol is a power sword. Not Terminator killers but Marine killers. They also have infiltrate and a ability to lower the WS, SB, I and LD within 6" by 1.  While it is a decent ability, it will only come into play right before or during the assault phase. While the ability to infiltrate will get these guys right up front, they feel more of a throw away unit.  I like their chances more than the dragoon maybe they could be used together so at least one of them can make it to combat. I know I would shoot these guys before the dragoon. While these guys are taking fire your Ruststalkers can get there for the AP2 punch.

I know that this army is going to be a big finesse army.  It feels like a cross between Dark Eldar and IG. I am glad this is the year of da ork.  That way, if I choose to build this army, I can take my time and build up this army and have it ready to play next year. Also I don't have to rush my purchases. I can see what is out there (there has to be more) and just get what I need. 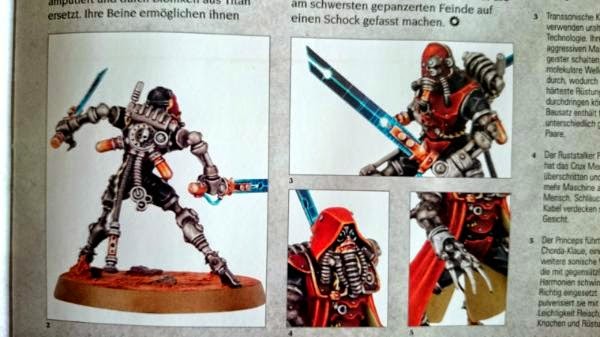 Over all I love the look of all the units.  There is still the dunecrawler to come out. Maybe its variant will be a transport.  One can hope. Maybe they will have a flier.  Of course adding a knight to this will help take some of the pressure off these since it holds a big "SHOOT ME!" sign. Things are looking up still for the Skitarii.  I am one step closer to collecting them.  Poor Tyranids.  They will never get their drop pods.