When I got there, I saw a game of X-wing, a game of War Machine and a guy painting and I was worried.  Thankfully, I didn't worry for long.  The painter asked me is I was looking around or wanted to play a game.  I mentions I was looking for a 40k game and he said, "Great, let me finish this guy and I will get my army." 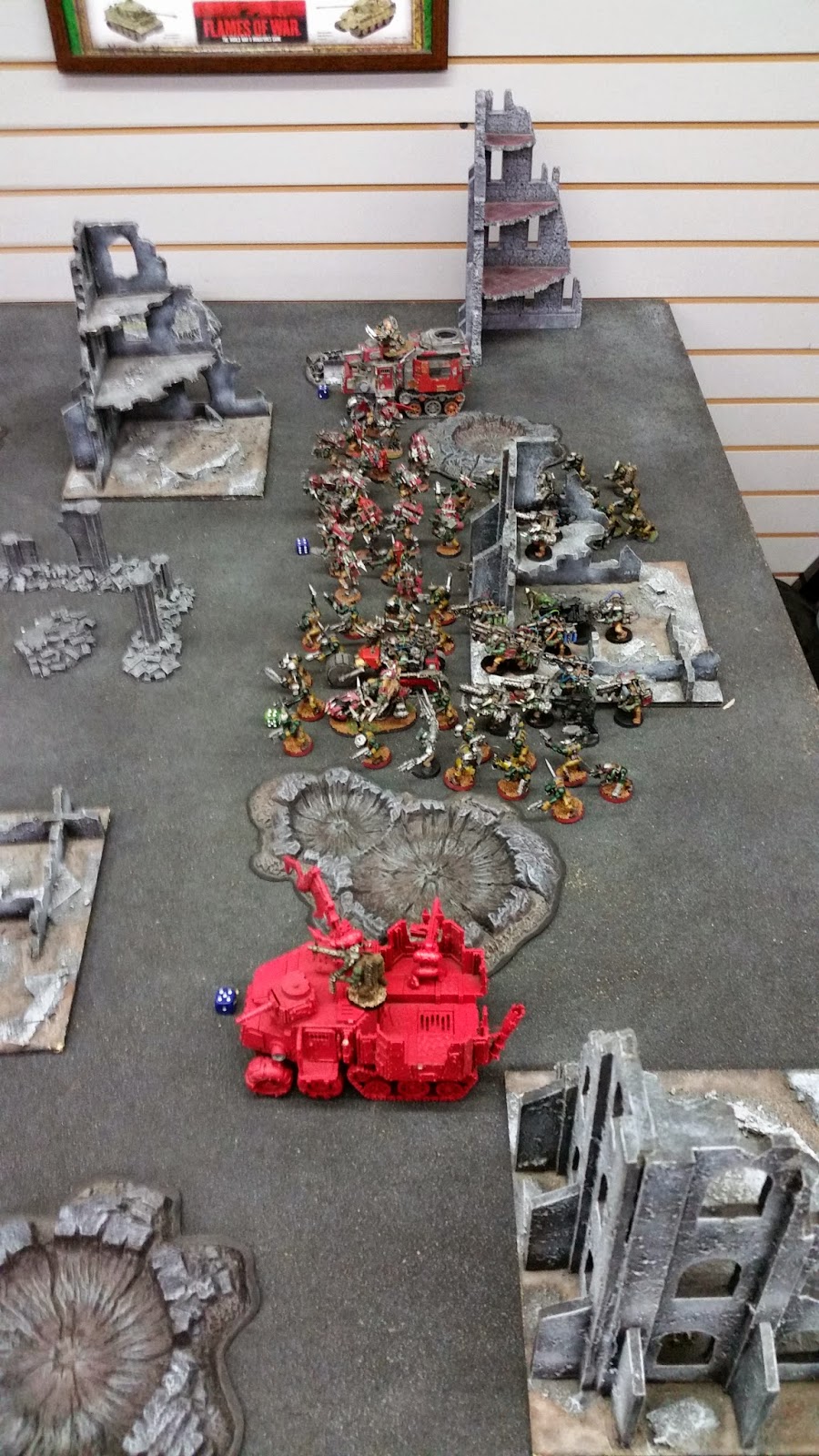 We played on a 5 X 5 board. I was a little late and by the time we got set up and ready to play we only had time for 2 rounds. It was a good time.  I made several mistakes with my deployment and units.  I am again unhappy with the lootas.  Everyone says how well they do but they really underperformed for me. I think a squad of smasha guns would work out better or maybe some kustom mega-cannons.

My opponent played the new Necrons and dang are they tough. The 4+ re-animation protocols(RP) are awesome.He shugged off most of my wounds.  The Most important thing is kill the spyder giving the Wraiths RP.  He really didn't have that bad of a list.  He could have left off a monolith and flayed ones and ran another cryptic swarm.  One was bad enough. 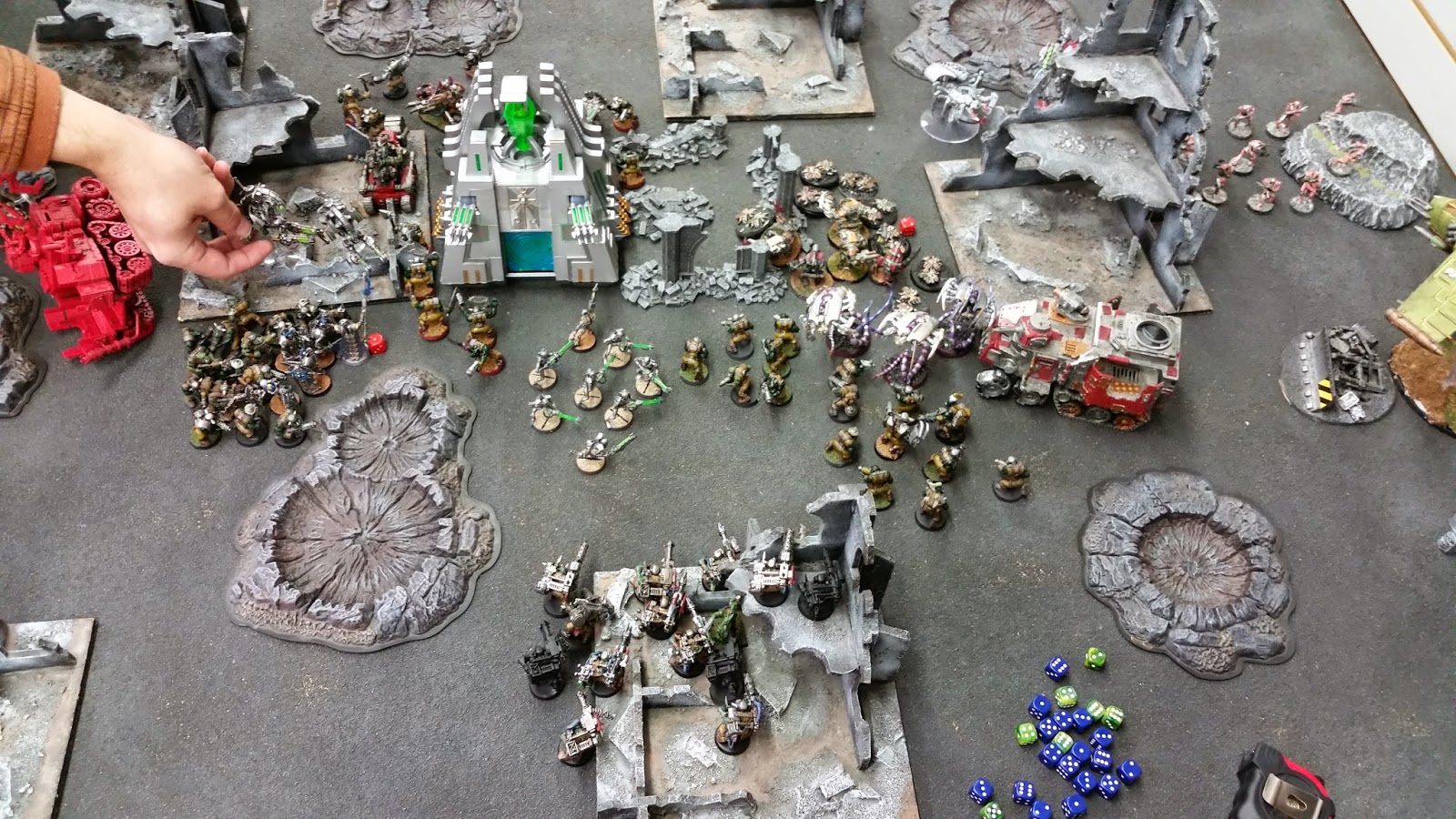 I needed to remember that I had the lucky stik I forgot the +1 to WS and the rerolls. My wagons could use some rams. Always double check your army before you leave the house.  I thin a second Dakkajet would have helped instead of the meganobs. Overall I think I learned some lessons and I hope I have learned some new things.

I plan on going back every other week if I can.   I had a good time and I hope I can improve and make some progress in the waaaagh! The ork philosophy is, "We win means we win, if we lose we still got to fight so we still win." So in the end I won!