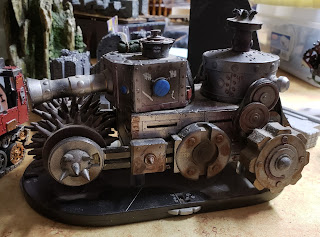 With the release of the new codex I have been thinking I could use a third battlewagon for my battlewagon blitz tactic.  Since being burned by the second hand market and the kit being sold out last time I checked I have been looking at what I can convert.  Enter the Mage Knight  Dwarven Steam Behemoth.


I have had this thing since before I started playing 40k.  I loved the clicky games and love when I can incorperate those old pieces into my current hobby. 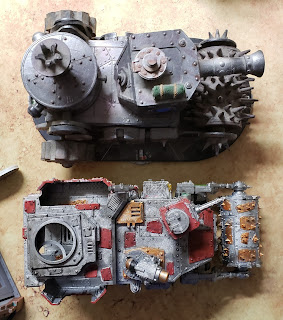 As you can see in the pictures the size is not that far off. Besides being steam punky I think it is very orky.  I think with some modifications I can make it work as a Battlewagon with killcannon. 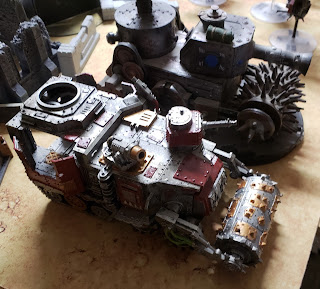 first, I would cut off the steam boiler off the back and replace it with a truck bed.  After that I could replace those wheels with some tread and I think I would be most of the way there.

What do you guys think?
Posted by Grenn Dal at 9:00 AM