Twas the Night before Christmas,
and all through the house,
All the creatures were purging
and cleaning
Especially the future spouse
Away terrain
Away paint
Away miniatures so small
To hide until the Yuletide festivities
are past for all.

Merry Christmas Eve & Happy Holidays! Here at the Blockade household, we've been especially busy with trees and decoration & baking. But this month has also seen a variety of event & future event planning & even some miniature painting!


So what has been accomplished? Well, not tons, but enough to showcase here. First up, we have Nitch's crew from Kill Team Rogue Trader. I painted them in a purple to contrast against the green of their chaos opponents. In all honesty I probably won't ever play the actual missions, but these guys will see work as a stormtrooper command squad for 40k, or as a kill team. 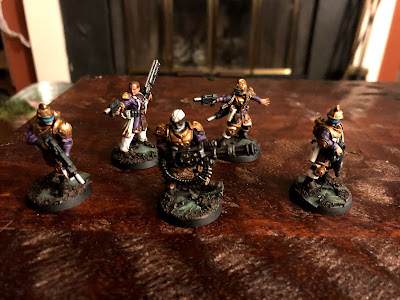 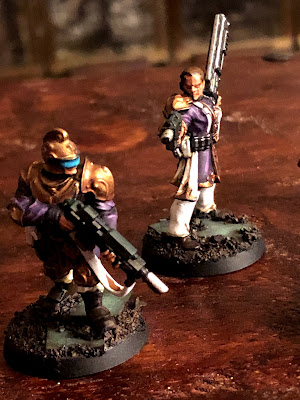 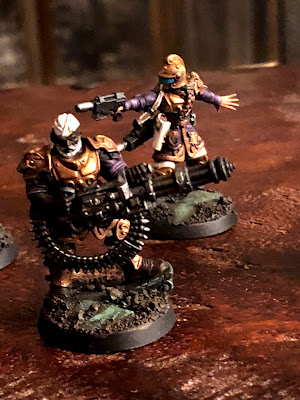 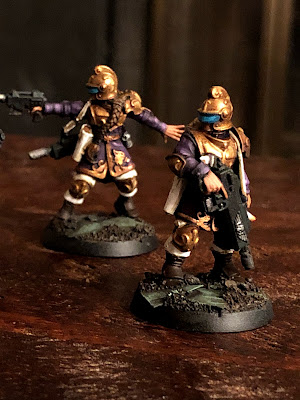 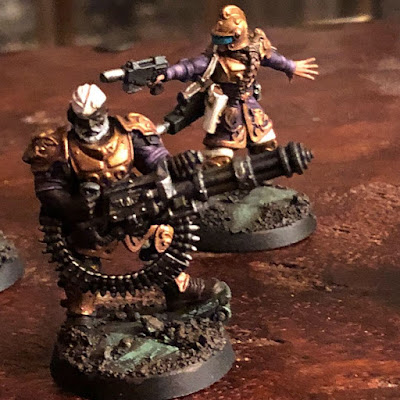 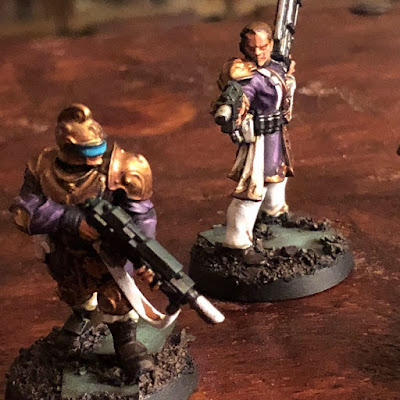 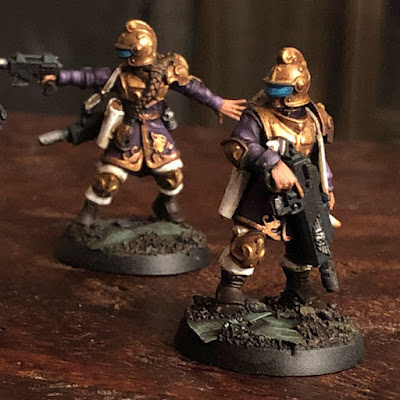 The guns are black with a dark green highlight to give them the impression of military issue, while everything else is super over the top royalty colors. Next are their largest enemies. (somehow I only have three of the four guys who I painted, but oh well) 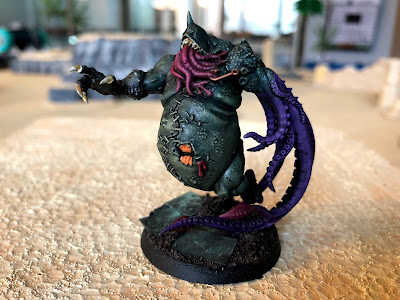 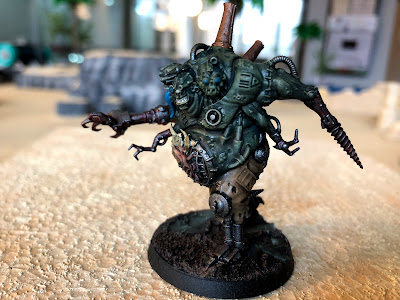 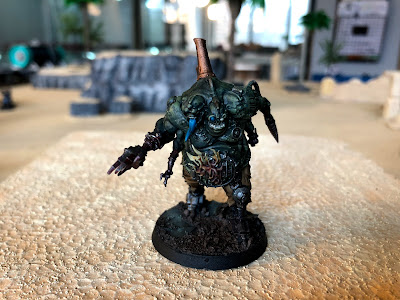 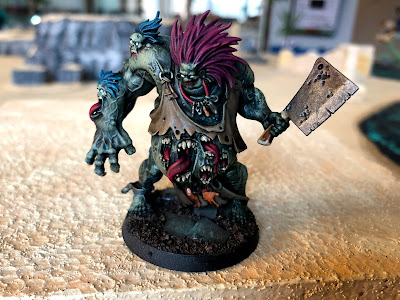 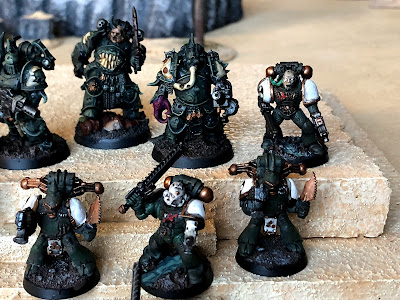 You can see that the three new death guard guys have been added to the currently existing squad. This not-so-good picture only shows seven of the nine guys, but they make a good addition. The fluff is simply that these three corrupted the original under strength squad of space wolf-y type guys. Now they can run a heavy weapon! Finally we have the new terrain I've been working on. Many of you should remember the giant mining-colony-station I was working on.
So I've been working on upgrading the inside as it's going to play a star role in an upcoming narrative battle with my friend. Super excited to be playing/DMing this with him. 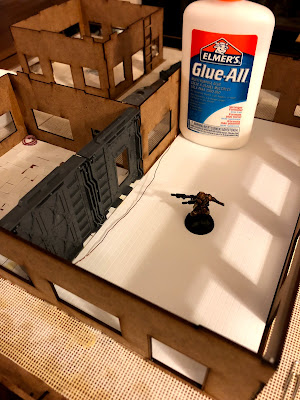 First I added floor tiles to the last two rooms. Then I built a divider from old GW terrain. It fits perfectly and seems to stay up on it's own. 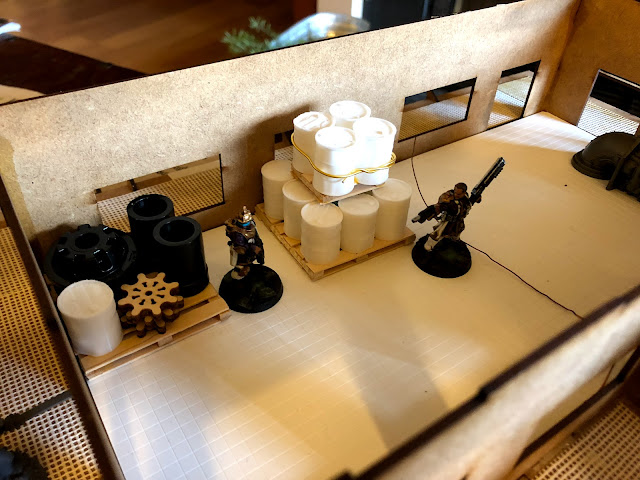 Naturally I had to have some fun and took some action shots with this squad clearing the platform of some cultists. 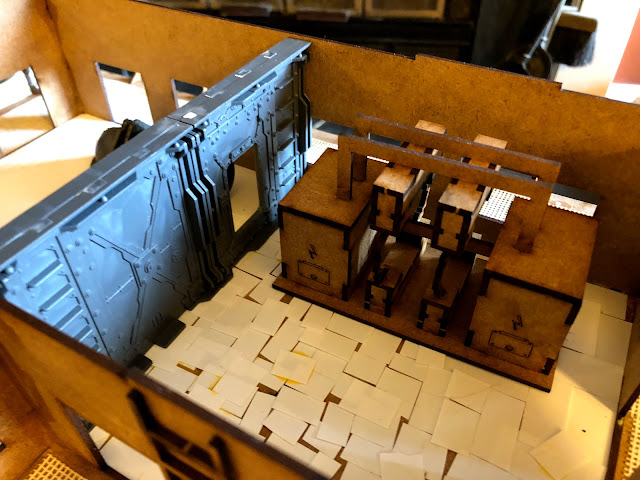 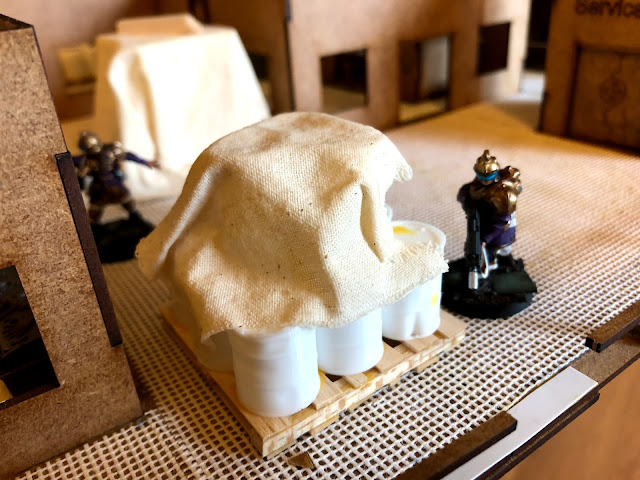 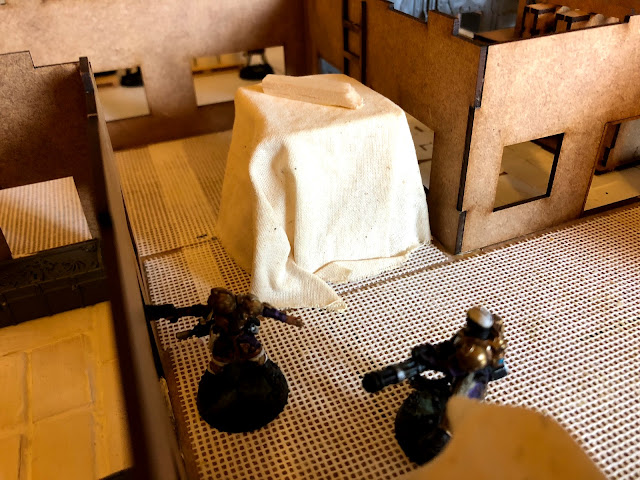 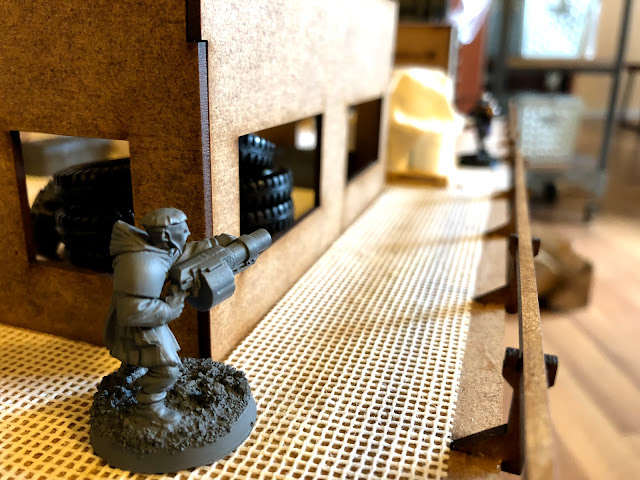 So that's it! Look forward to a Year-In-Review post sometime next week, plus a goal post for next year! Merry Christmas everyone! Blockade Out.
Posted by Blockade23 at 11:58 AM