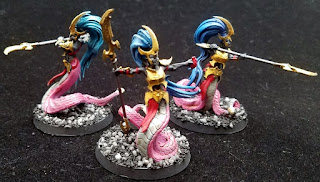 I had a bit of free time last night so I decided to work on my Blood Sisters.  A few hours later I found myself adding basing to the last one.  Once I sat down and focused on them they went pretty quickly. 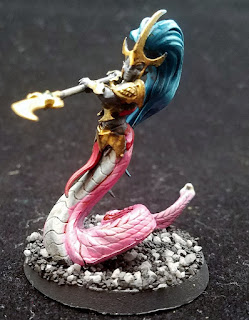 I kept to the same pattern as with the other two.  The only variation was the hair.  I kept it in the same family of blue but mixed it up a bit.  I plan on keeping to this pattern for all of my Daughter models. 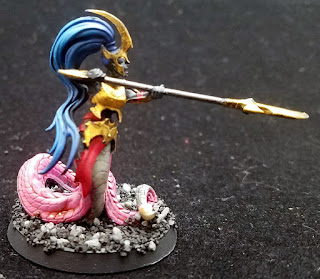 I went with the option for the leader to have the heart in her hand. For my next five I probably won't so I can run them as two squads of five or one squad of ten. 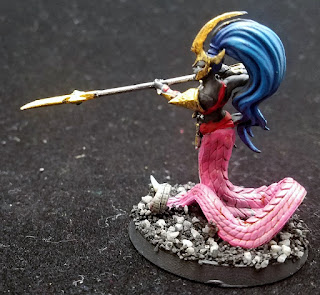 I know they will never win a golden daemon or any other painting award but I am proud of them.  I think they turned out nicely.  My goal is to look better than the WizKids pre-painted models and I do believe I have surpassed that goal. 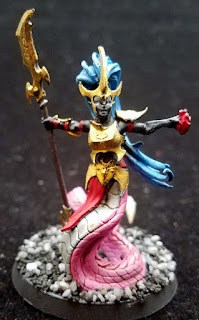 Next up will be the remaining four heartrenders.  After that, I have the Medusa from the Caldron of Blood kit. If I can complete those I can switch back to the fire raptor before taking on the second month's pledge.