Battle Diary and the Promethean Station in Action!

Just wanted to share some fun shots of the Promethean Station in action during a battle between my Wisdom Hunters Renegades and Thousand Sons versus a League Mate's Tau.  I've also upgraded it to add shots from a second battle with another League Mate's Imperial Guard. Enjoy (cause battles = hobby progress) and you'll see action shots of the new rhino and counts-as-predator (Goliath Rockcrusher). 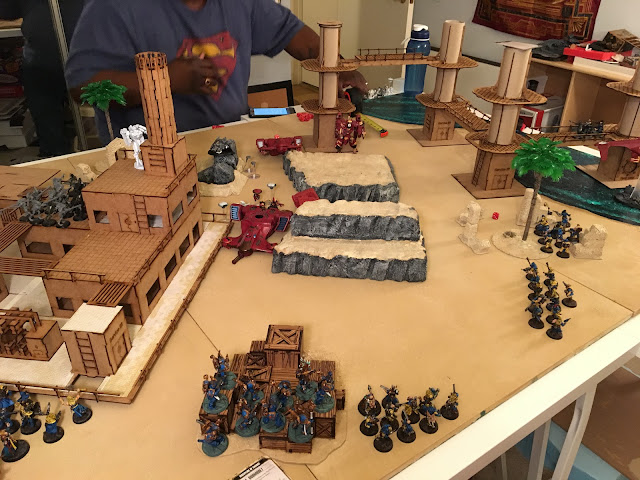 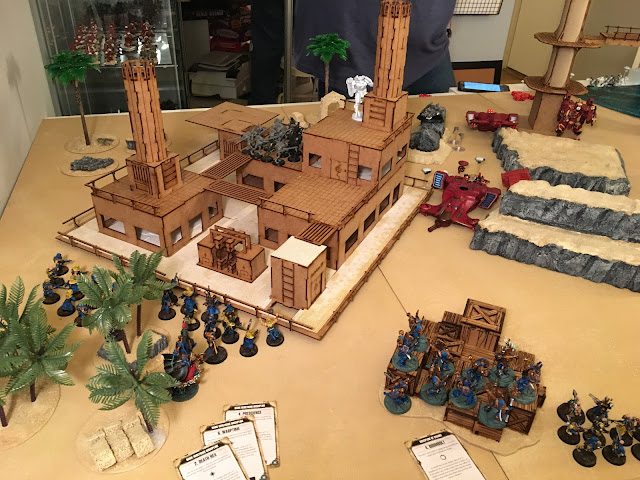 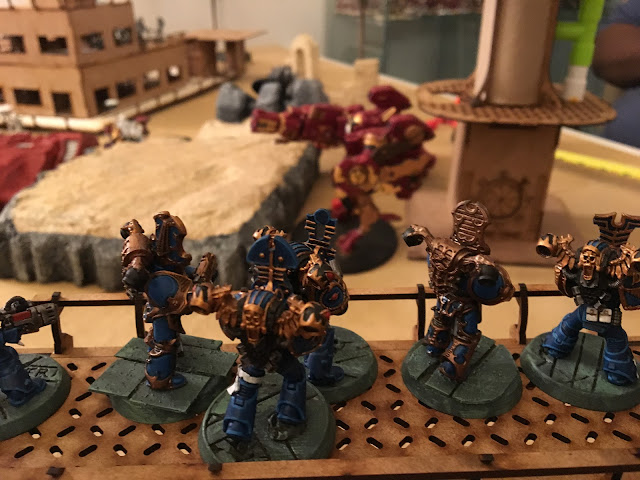 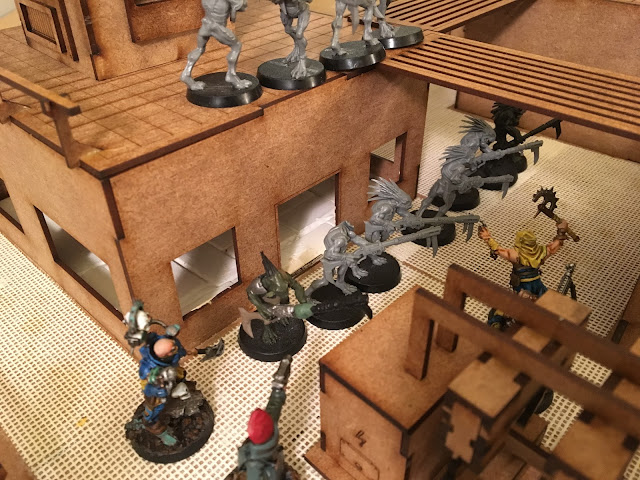 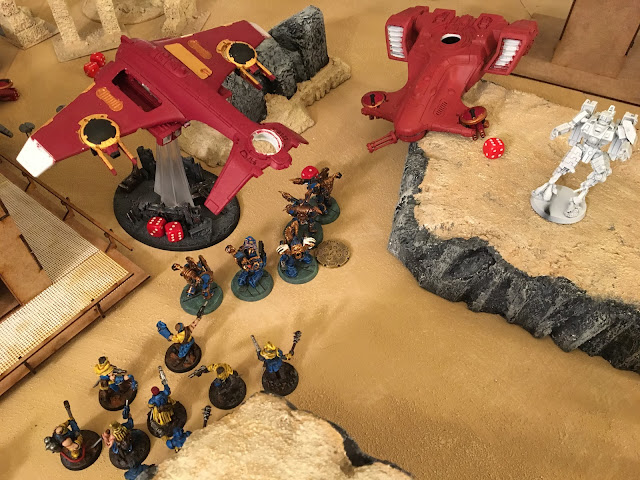 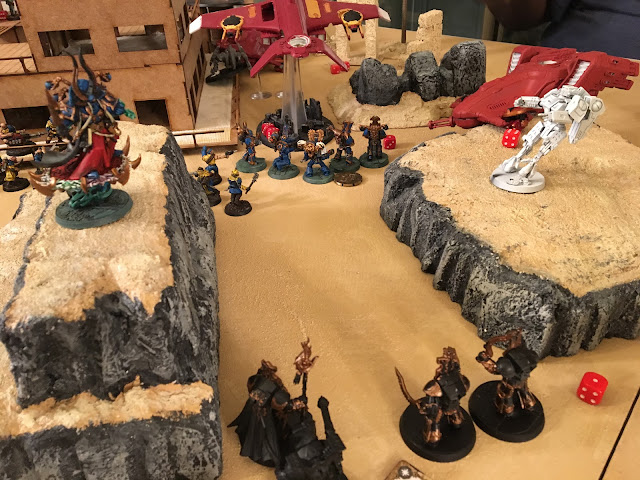 Mission was the Prize, deployment was triangles, and Arhiman died trying to get away with the prize, only for the Sons of the Shotgun to save the day (yay mercenaries from Renegades list). 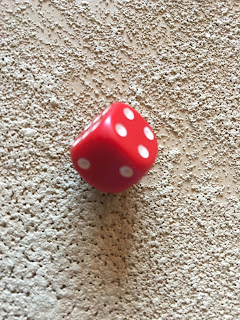 Cool dice moment to break up battles. Next mission was supply cache, which of course turned about to be the one on the bridge to the far left. Massive casualties to both sides, I had about five models and two tanks left at the end of the game, he had one almost dead tank and a functional tank. Got some very lucky (and unlucky) smite rolls, plus the twist was everyone got plus one to all psychic tests and deny-the-witch, so Arhiman was rolling on +2 for every spell. 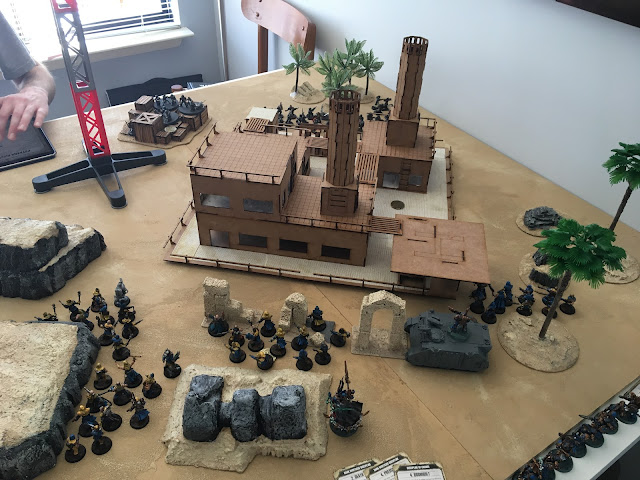 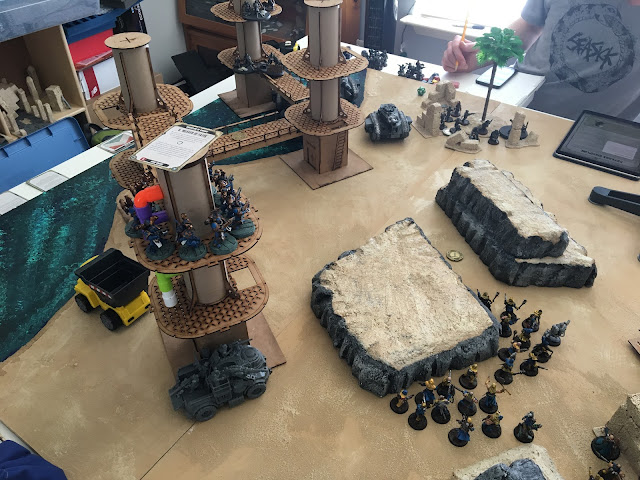 (All units fully in water get +1 cover save, even tanks). 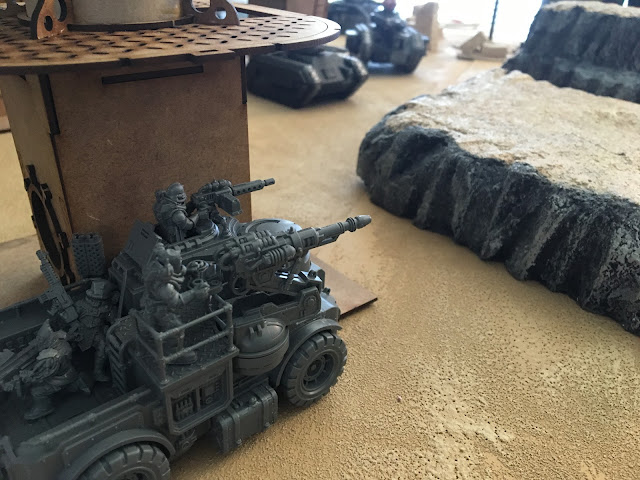 "Predator" gets it's first outting. It does some heavy tank damaging. Definitely worth the points. 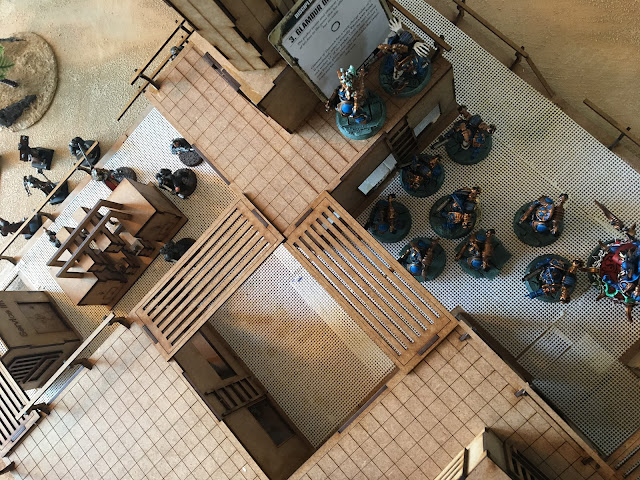 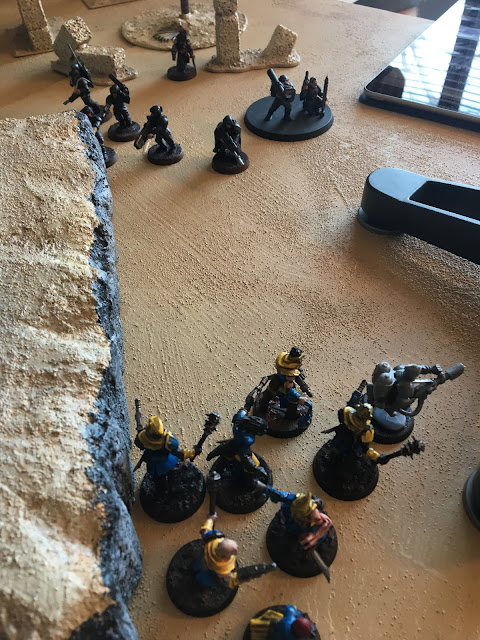 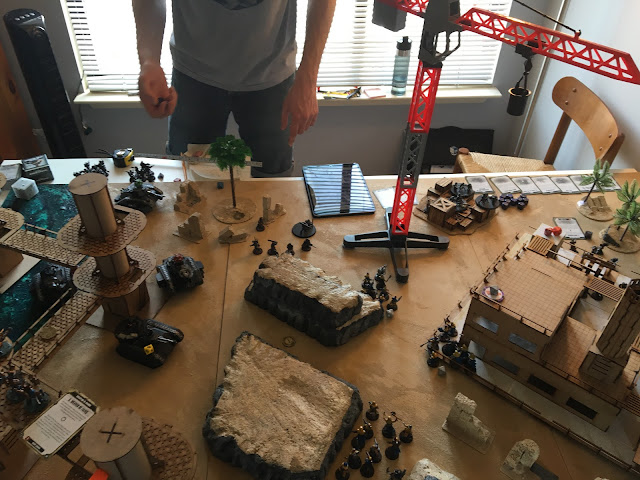 IG move to flank the advance. 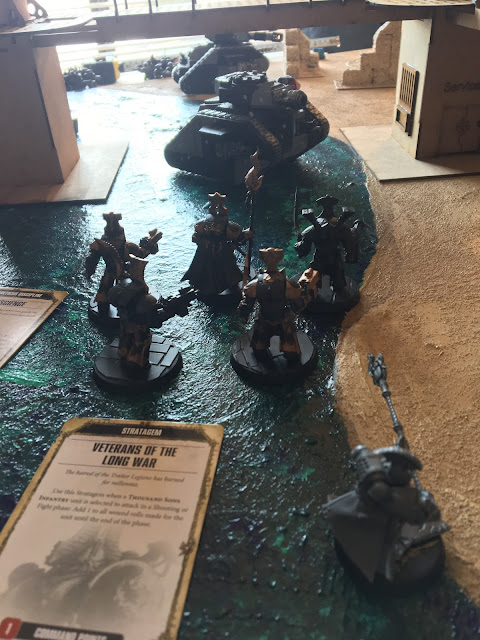 Veterans of the Long war vs tanks = SCARY - put tons of hurt on this bad guy, just need to remember to use it before I fire every weapon in the unit! 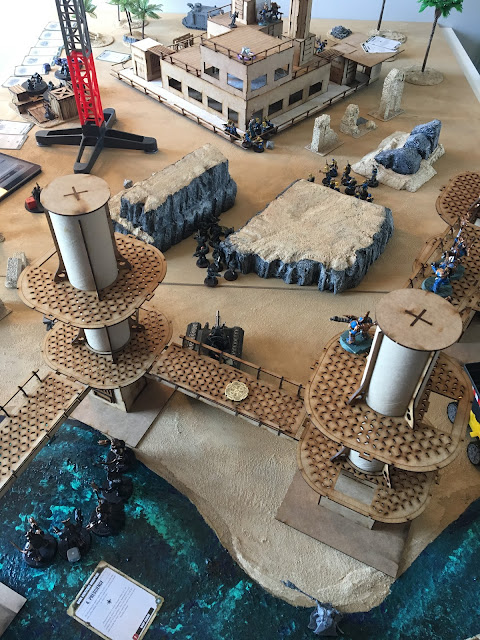 The damn objective. Fortunately for me, the terminator sorcerer in the bottom right has the dark matter crystal relic! 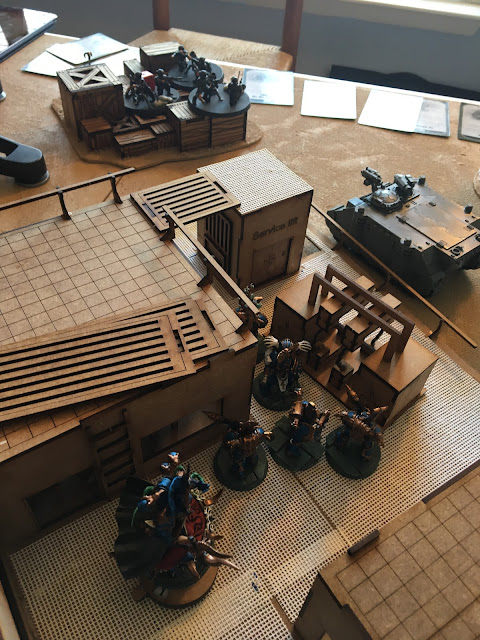 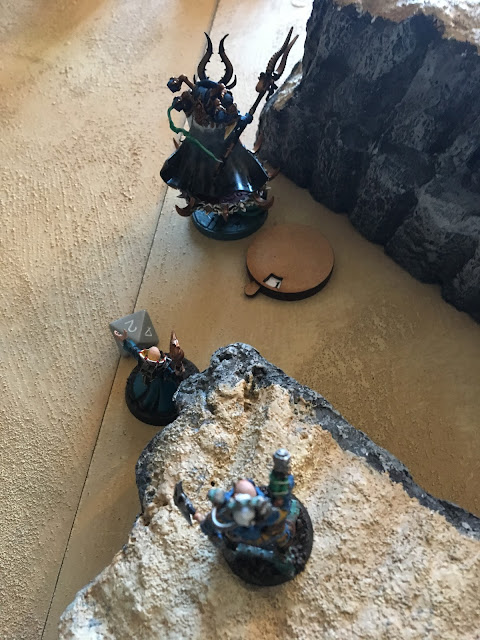 Essentially all the survivors. 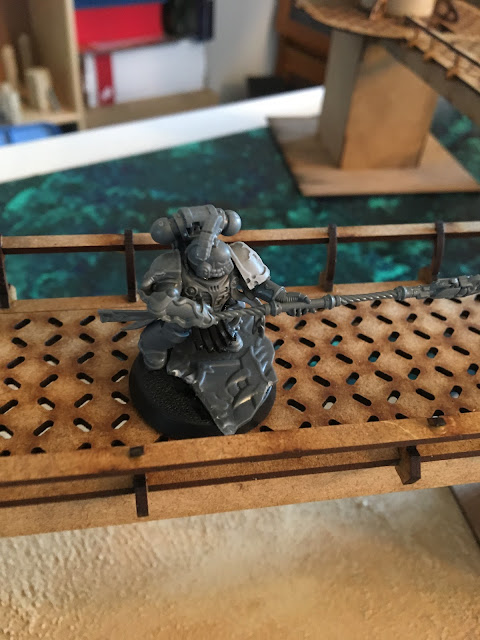 Man of the hour. 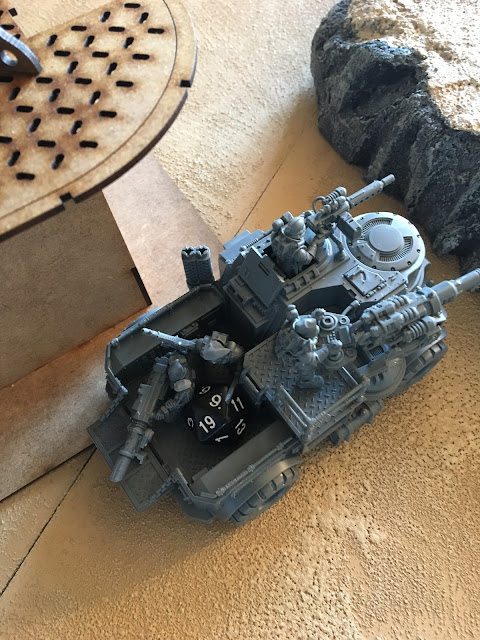 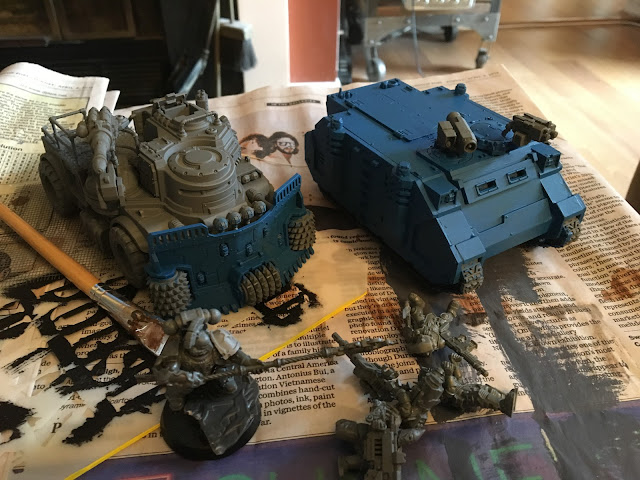 Finally, some painting progress on the new Thousand Sons' Rhino!