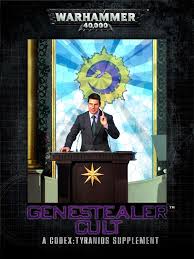 This weekend I had my first two battles with the Genestealer cult.  In today’s post I will give you my reactions and thoughts.

First of all my overall opinion is that they are pretty fun to play.  The hopping in and out of reserves is an interesting mechanic.  It is going to take a few games to really get the feel for when it is time to hop in and hop out.  This really makes the army a new and unique experience. 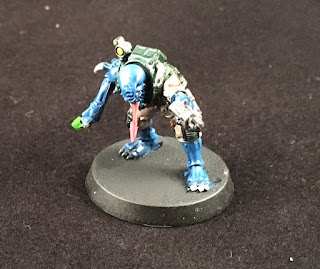 I have seen people say that the cult are overpowered. In the games I played and with the units I have, I don’t see it.  Since I don’t have the plethora of models like all the other cult players do, I had to do min squads. These die to a stiff breeze (deep striking heavy flamers and bolters.) I love the patriarch and co in the first curse formation but they can only do so much. 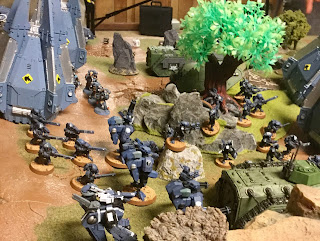 My first game I was teamed up with a Tau force against blood angels and space wolves.  The blood angels had the golden host and the space wolves had black manes formation with 5 drop pods on turn 1.  My cult ambush had my acolytes and metamorphs walk on from my edge.  By turn 2 we had lost most of the tau and my tanks.  I still had my neophytes, one squad of acolytes, the squad of metamorphs and Pat and co, but my opponents had all of their army minus two blood claw units.  Due to time we called it there. 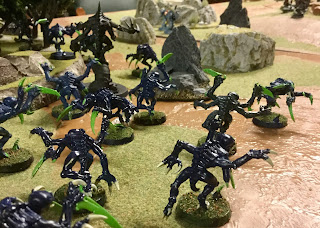 That golden host was terrifiying  just like I thought it would be.  Maybe my acolytes or first curse could have held out but not the tau suits or infantry.  There just was not enough support for the army to perform. 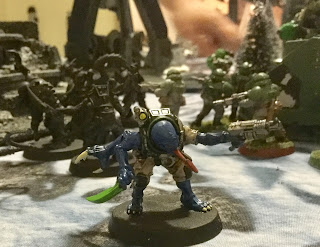 The second game was against Salamanders. He had flamers in every squad and the whole army deep struck except a razorback and Devastor squad. The first few turns I was taking out everything he was throwing at me.  I lost a leman russ on turn 1 after I took out his razor back and dev squad. On turn 2, I took out the drop pod and most of the tac squad that hurt me. I lost the other russ and an acolyte squad.   On turn three I went for objectives while losing my other acolytes. On turn 4 for the Pat came out and devoured 3 land speeders.  He was then assaulted by a named dread that did a S5 hit on everyone in base contact which was the rest of my stealers.  I could not roll a rending hit to save him and he went down in turn 5. 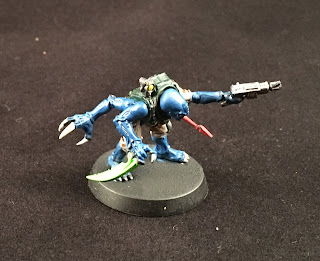 By this time I was down to a Magus and some neophytes that were to close to the enemy to return to the shadows,some metamorphs stuck in a battle with a tac squad (still no rending), and some aberrants that were close enough for an 8 in charge to get his tac squad and take an objective. When they failed I realized that I should have returned to the shadows . Then way when I drew the tactical card for a unit cult ambushing, they would give me that point.  The game ended with me down 14 -12.  It was a hard fight.  I made some errors and the dice were unkind.

Once I get some more units I think I will be better off.  I would take away the second russ to either run more squads or buff my min squads up.  Until then I have some painting to do.  I think they will provide a nice contrast to my Skitarii and Necrons.