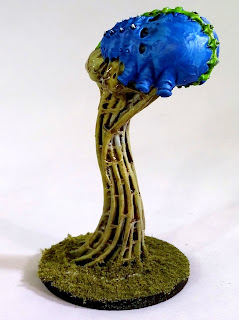 After finishing the Destroyer I started working on the Mieotic Spore that a friend has given me.  He was doing some clearing out gave me 6 of these guys and a Malanthrope.  I am very thankful and waiting to return the favor down the line.

I plan on using these guys as Mucolid spores.  They are close in size and shape.  Most people will not even know the difference. 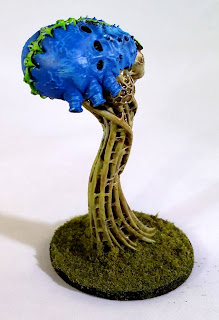 I have not tried to use these in a game but now that I have them I might give them a shot.  They die quickly wot gunfire but that is relief from my other units.  All for 15pts.  Not to shabby.