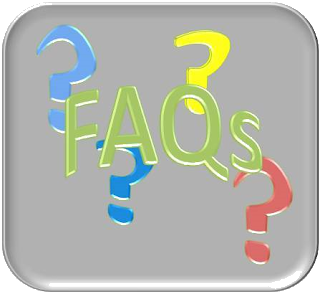 The Games Workshop Facebook team is at it again and droped the first draft for the Skitarii and Cult Mechanicus FAQs.  Both only a page so lets take a look...


First up is the Skitarii FAQ. 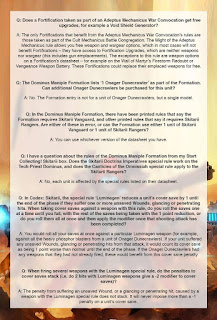 So there are six questions. Three are about the Dominus Maniple Formation, two are about the Luminagen rules, and one about fortifications.  The Luminagen rules are pretty much common sense and the fortification question just seemed like people looking for free upgrades.  If you have looked on how they ruled other questions the other one should not be a surprise.  It kind of stinks that there are 2 different  Dominus Maniple Formation dataslates out there.  It is no surprise that only Skitarii units get Doctrina Imperatives though The war Convocation spells out that they get to share the rules.
On the Cult Mechanicus side we have a short 3 question FAQ and one of those questions was in the Skitarii FAQ 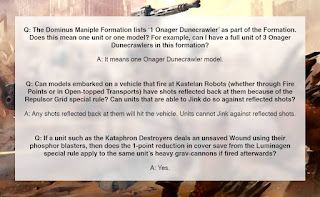 We also see  another Luminagen question. This is also similar to one of the Skitarii questions but worded a bit different.  They were consistant with their answer that once wounded with the Luminagen rule it effect all cover saves for the rest of the turn.  Even if it is from the same unit.  Heck I am not sure I remember to shoot those guns.  I need to remember that they are there.

The laast question is about the Kastelan Robots and their Repulsor Grid.  I totally forgot this rule when playing with them.  It is good to know that they have it as well as where the shot goes and that it cannot be jinked against.

So nothing ground breaking.  I have not had these items come up in a game either by me not taking a fortification, datasheet or forgetting rules.  I guess I need to bone up on the rules for my army so I am not handicapping myself.