Another game with the Orks! 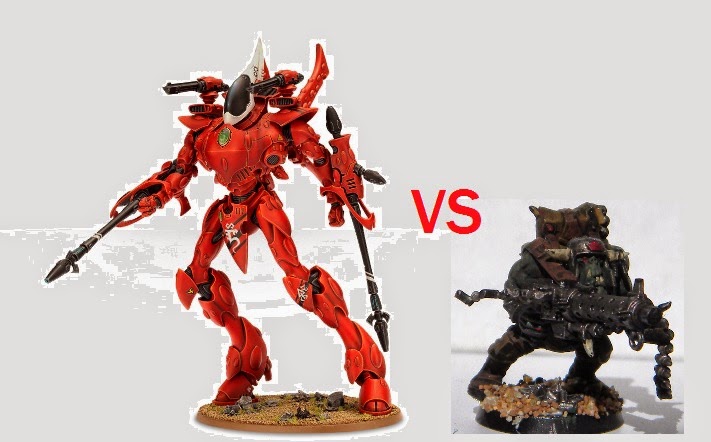 My amazingly thoughtful wife suggested, since our lives would be busy the next couple of weeks, that I should try to get in a game of 40k this weekend while she hung out with one of her girlfriends.  This was an excellent idea and I thank her very much.

I drove up to my local Games Workshop store. The employee was nice and very friendly. I also Met a fellow player. He had a small Eldar force that he was going to use in an upcoming tournament. Since I didn't know how many points are common in this store I brought 5 different lists to cover all my bases.

My list had 30 sluggas, two 20 boy shoota squads, a warboss, a painboy on bike, an 'eavy armored big mek with KFF, and a dakkajet for good measure. 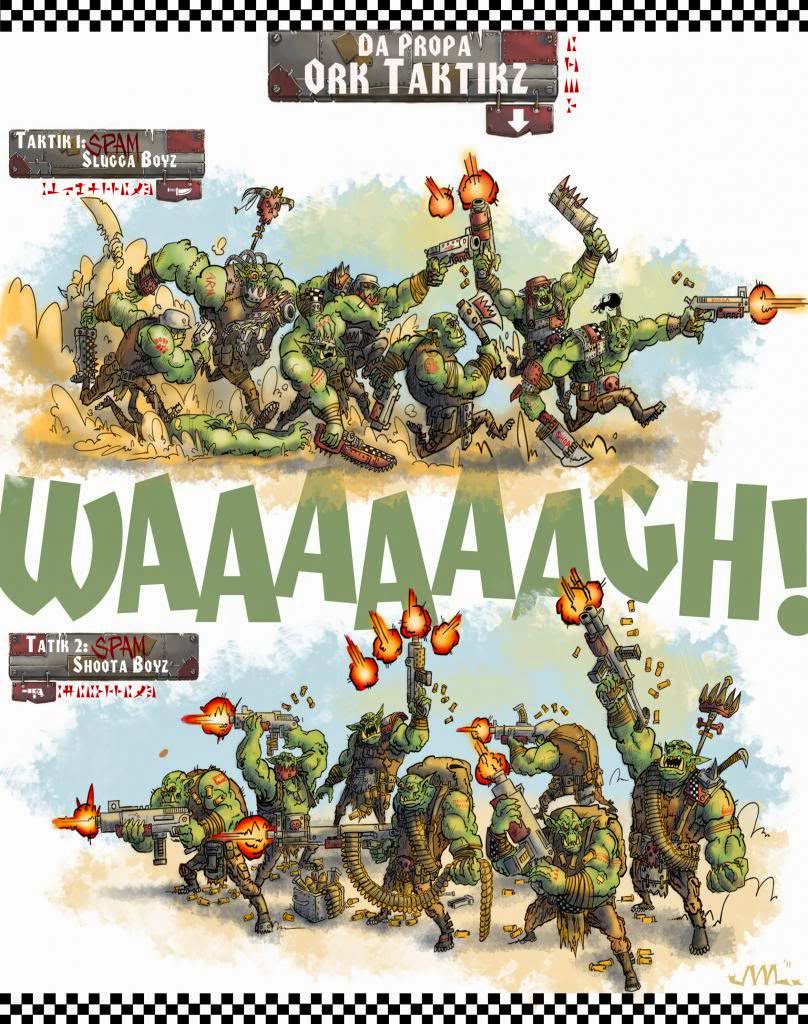 First turn was uneventful. My army ran forward, and then only lost a single boy thanks to some good night fighting saves.

The second turn I WWWWAAAAAGGGHHH'ed and had 2 squads assault his knight. With no shield he wend down quickly to my Nob and Warboss. The next turn he counter charged into the shoota boys with his sword guard. He did a few wounds but my nob evened out the combat. He took off a few more wounds on my other squad of shootas but then failed to charge them with his lord. Lucky me. 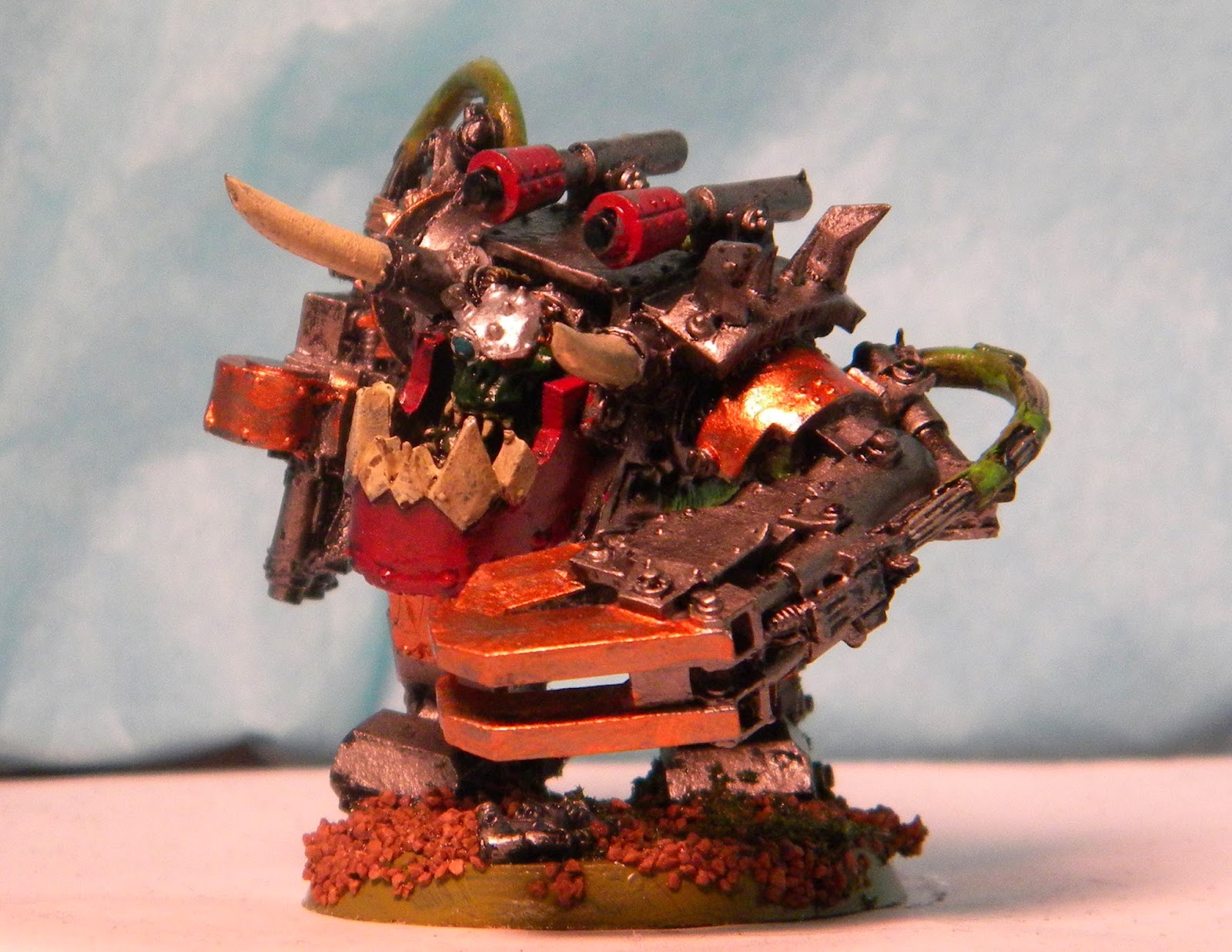 The next few rounds saw me whittle away his small units with shooting while his ax guard and lord cleared out my other squad. The game ended short on turn 5. We each had two objectives but I had first blood and slay the warlord. Ork Victory!

At 1000 points his type of army really was small. The model count was something like 18 – 74. That is just crazy. Since his was a tourney list I hope that this helped him prepare. With Orks being the newest codex I think he might see a few more of this type of list. He might need to add some anti horde to his army. Maybe a fire prism or something. I know his list was thematic but maybe he could switch out a melee unit with some flamers. With flamers he would have some punch to all those horde armies.

Things are going to get busy the next couple of weeks. I don't know when I will get a chance to do some more hobby stuff. When I do you guys will be the first to hear about it.