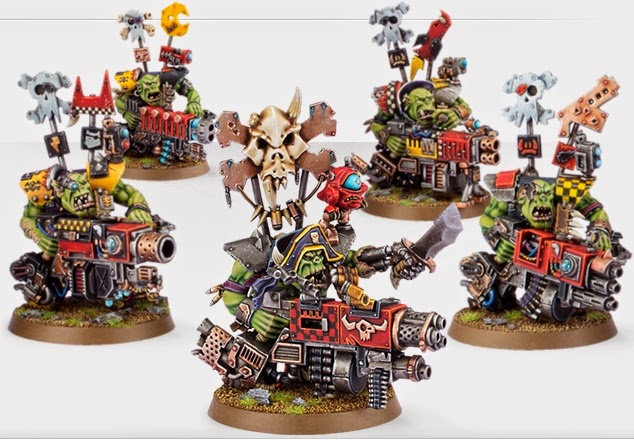 By now, if you have any interest, you have seen the new flash gits kit coming out next week. I hear a lot of "oooo"ing and "ahhh"ing over how pretty they are.  I say Meh. 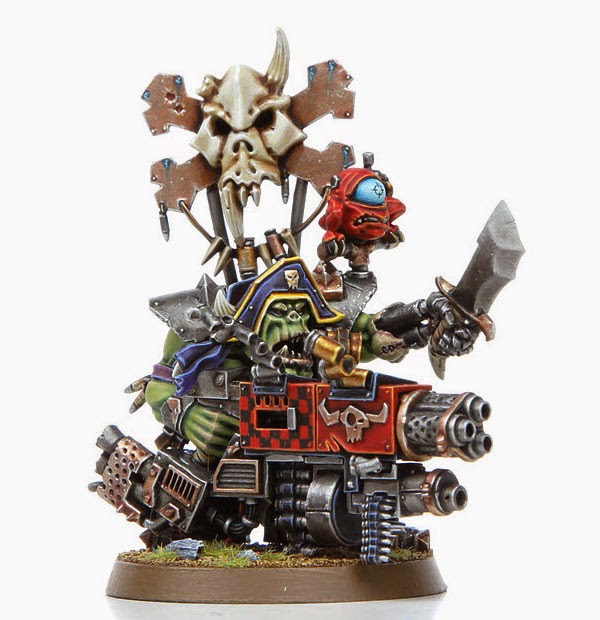 before I go into the rules and why I don't think I will use them I will start with why I don't like the model.  First, I don't like pirate orks.  I know I am in the minority but I have never really liked the look.  I have taken Badrukk and given him a new head because I hate the orginal so much.

Second, I don't like the all of the banners and poles on these guys.  I know if I used them the would not have all of them.  They look silly and are easily broken off while handling.

I do like the gitfindas. They are funny. The guns themselves look cool but I am worried that there is only one way to make them so instead of 10 unique models you get 2 sets of 5. Not bad but not the greatest.

I hear a lot of people saying that there will be a lot of extra bits with this kit.  I am not so sure. Maybe a couple of extra heads (pirate vs non pirate) a bunch of banners to "Customize" their looks and maybe a few and switches.  I think they will give you the bits for 5 guns.  It is not like a loota kit where you also get burna boys and a mek.  The kit is just Flash gits. And that is all you get for $53.  Ouch.

For 110 point you can also get 7 lootas that has 1-3 shots per guy.  again I will roll a 1 when I want a 6 but at least this time I can usually sit back and hide while my range reaches out and touches the bad guys.  If we do a full squad 10 vs 15 the loota are 5 points more. there we have 30 vs 15/30/45 shots where the lootas can shoot twice as far.  Just find some nice terrain or bring a defense line and plug away. 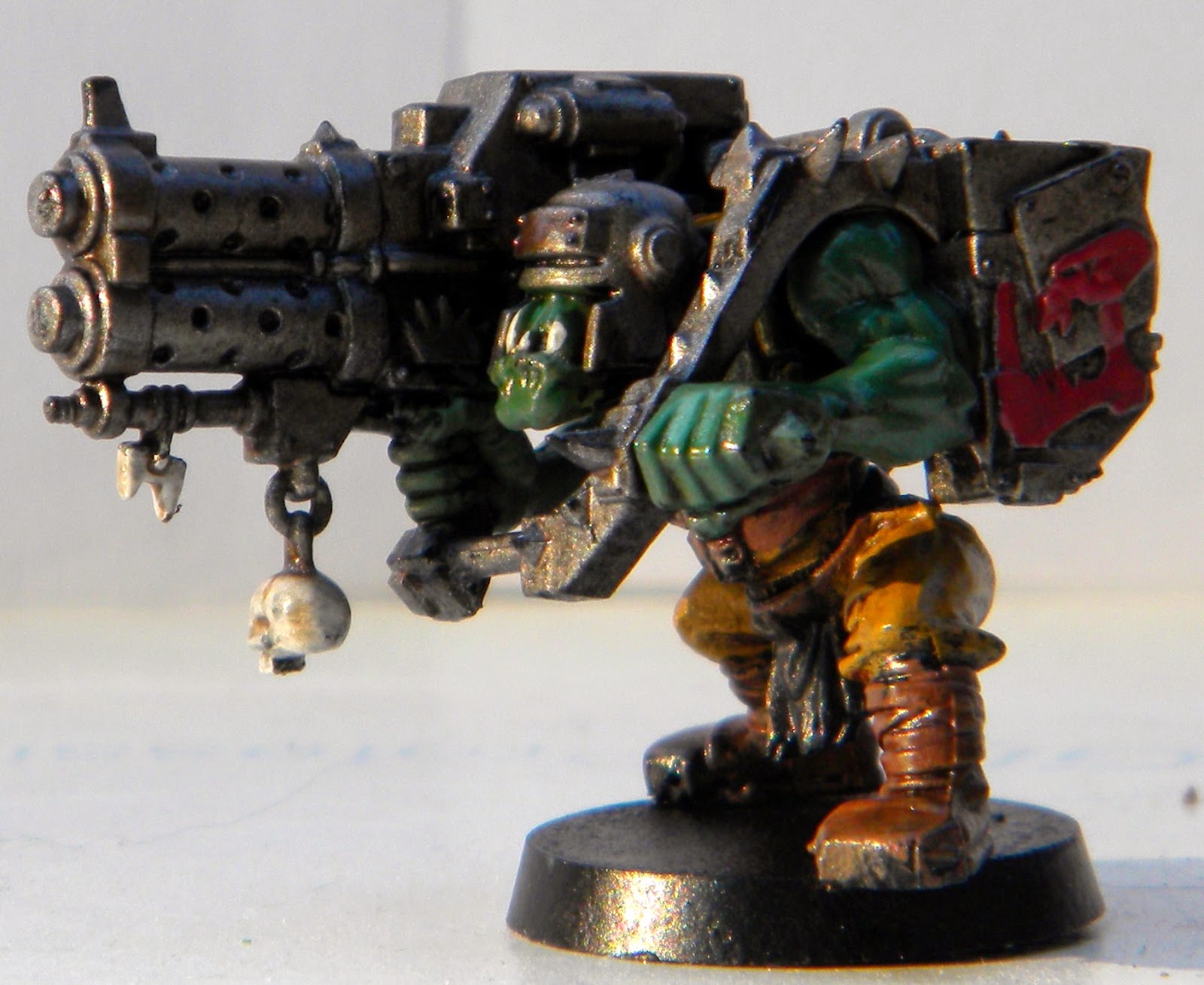 Looking at the price I could get 2 boxes of lootas (8 boys and 2 meks) for the same Dollar amount.  I Then could make 8 burnas if I had some boy bodies ( I still see these cheap on ebay from the black reach set. Like 10 for $5 cheap.) This is a much better investment and the models have a better chance of seeing the field.

Let me know if I am way off base here...