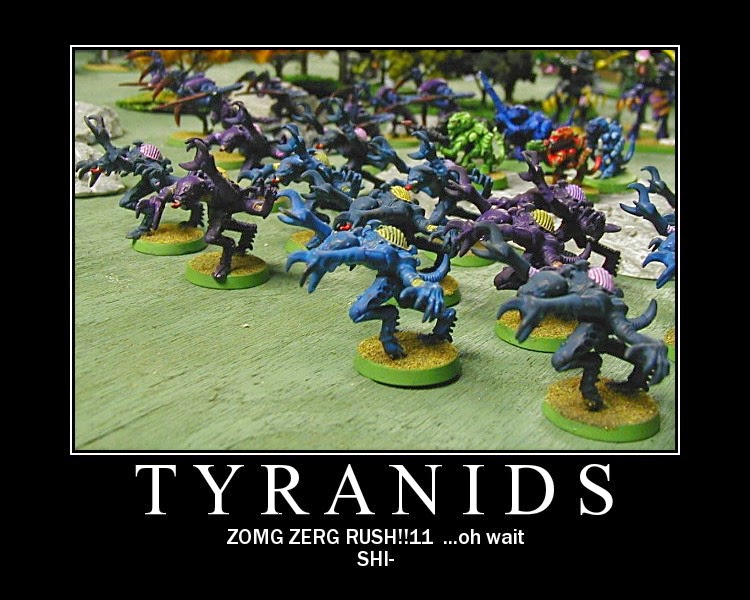 The rumor mills are at it again.  After a dissapointing December.  What I thought was going to be an early Christmas is nothing but coal.  It looks like my tyranids will not be updated till after my year of the bug is over.  I guess you can say that I dedicated this year as a farewell and I can jump off the bandwagon right before they come out.


There are all kinds of sites out there and I don't have any inside source so instead of rehashing the rumors I think I will just give you my impression of them.

From all the kits they say warriors/shrikes, harpy/Eriyne, hive guard/tyrant guard, and pryrovore/biovore combo kits.  With an big bug and spore kit as well.

All this is good and I might get some of them.  I don't see me getting many hive guard or warriors since I have most of these (making my own shrikes) I don't use either vore models but I will get a flyer and some spore pods and a big bug.

I see a lot of rumors on the big bug is a Haruspex. This would be a disapointment unless it gets a big revamp.  here is a shot of the old one.
look a slug with claws bigger than the rest of the bug.  how silly. why can't we get more of these... 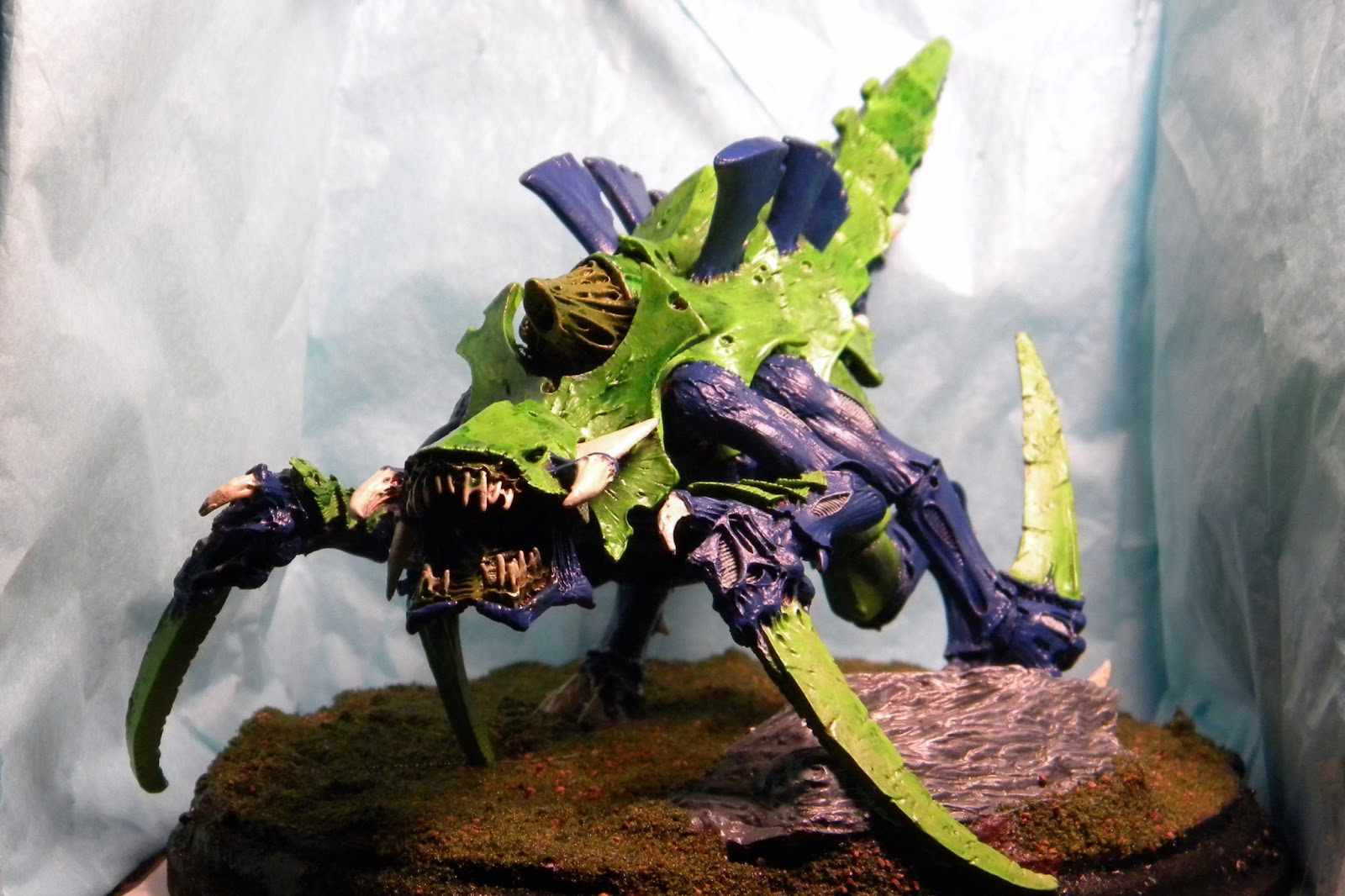 There are also rumors that we will not have access to the normal psychic powers but will have our own 6.  I think this will be another big handicap for us just like the no allies.  I hope the 6 will be good enough to do this and that they will flesh out our ranks but I am not going to hold my breath.

last rumor that is out there is about the dataslate that might be out when the codex come out.  Rumors are flying wild with this one.  The one that sounds interesting is the ravener/ trygon one but it sounds like the old apoc datasheet which was changed in the apoc book removing the assault on the turn they come in.  I think that with overwatch and 3-4 shot volleys, I think we can return the first turn/reserve assault.  When you have a 5+ save and no cover you die to bolter fire all the time.

I guess in the end I am just wish listing until the book and models come out.