With the year of the bug drawing to an end my mind has started to wander thinking about my other beloved armies.  Namely my Orks.  I have been looking at the new buildings and I have been thinking about getting one of them to go with my orks.  Today I am going to go over the different choices out there and hopefully come to a decision for each one.

First one is the Aegis Defense line.  GIves nice 4+ cover for you loota and 2+ if you go to ground and with a BS 2 it is not like snapshots are that much worse off.  It is cheap and you can get a quad cannon for it.  This is very popular.  a couple of negatives is that it is on the ground and there is a ton of ignore cover shots out there. 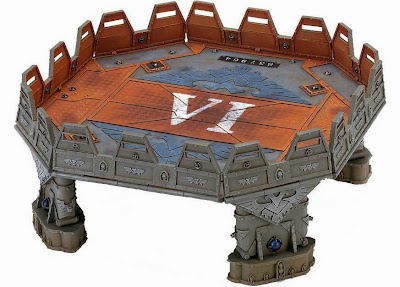 Next up is the skyshield.  The bonus of this one is you are high up and with the shields up you get an invuln. save verses a cover save.  The draw back is no extra weapons. for 75 points it is nice to get the 4++ for all your lootas.  It is very tempting for me to scratch build one of these bad boys >_< 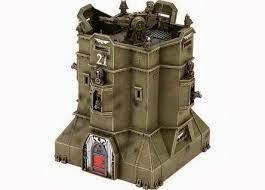 The last of the old fortifications is the imperial bastion.  this AV 14 base is nice you can put a lascannon or a quad cannon on top.  It comes in 25 points more than the defense line.  you can hide guys inside and have the bolters fire at stuff or get on the top for some 4+ cover. with loota squads being bigger than 10 it will be hard to get them all to fit on top but that is a different problem.  it will also be hard to put some gretching big guns on top but inside might be a great hiding place for them.  Very tempting.

Now we come to the new units. 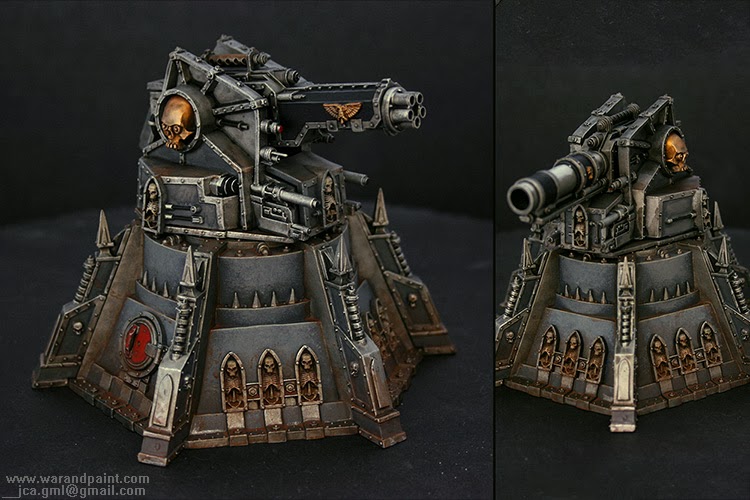 The Vengeance battery is can either have a punisher cannon or a battle cannon and you can buy up to 2 of them.  This is not bad for the orks.  for 75 points you have a cannon always firing 20 S5 shots at the closest enemy or you can have a battlecannon shot at the closest enemy.  Throwing in some more randomness to the ork army is always more fun.  To put out 2 battlecannon shots is like having 2 looted wagons with boomgun on them.  with AV 14 and no press that. I like the sound of that.

Next up is the Firestorm Redoubt. I like this guy.  for 200 points you get a AV14 fort that has 2 twinlinked lascannons that get to shoot at flyers.  My orks always have trouble with fliers and that nasty hell chicken is the worst.  put some big guns on top or inside and you have a nasty firing platform.

The last one that is out there is the Aquilla Strongpoint.  This bad boy has some crazy rules but is only good in Apoc.  I dont think I would bring this in apoc.  AA stompa is more fun.  Although it is AV15.  wow.

So looking at all the options I am leaning towards a skyshield, a Vengence Battery or a Redoubt.  The new ones are cool looking so that is a point in their favor but the skyshield looks easy enough to scratch build.  I like the scratch built batteries that Da40kOrks made.  He is much better than I am at making stuff.

Well, that about wraps it up.  I know this is old news for all of you but with me focusing on my Nids most of the year I really haven't thought much about it.  With the year coming to a close soon I need to start looking forward. I hope it helps someone out there.  I know it helped me narrow down some choices.