Chapter House is back...

So the lawsuit is over and it looks like that Chapter House Studio has come out on top. While they were not really gone they did slow down on creating new items.
I saw a video on some barriers they planning to bringing out. I am reminded of Brush 4 Hire's own barriers 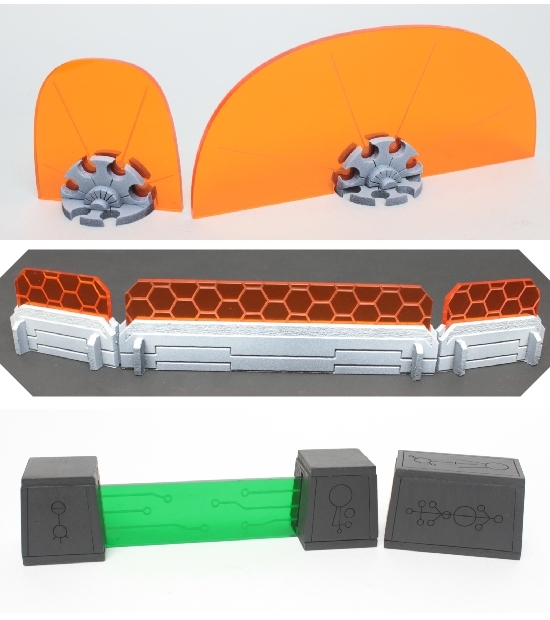 they look ok but really don't have the shape of an aegis defense line. So I would not use them because I am afraid someone would complain and they would not be allowed.  Another option would be the barriers from Mr. Dandy 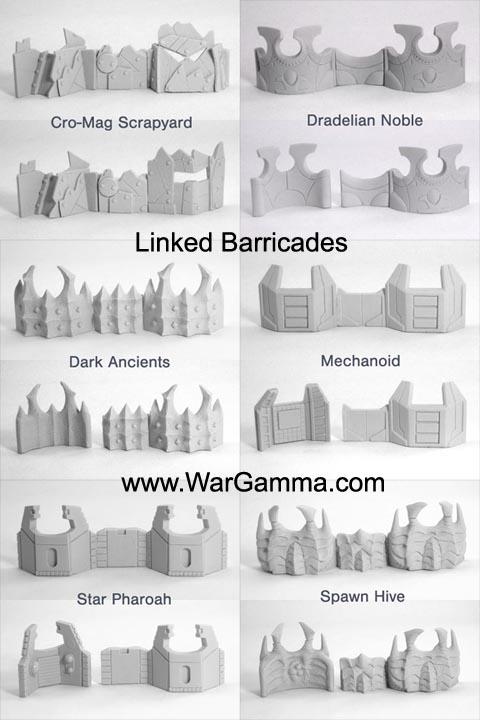 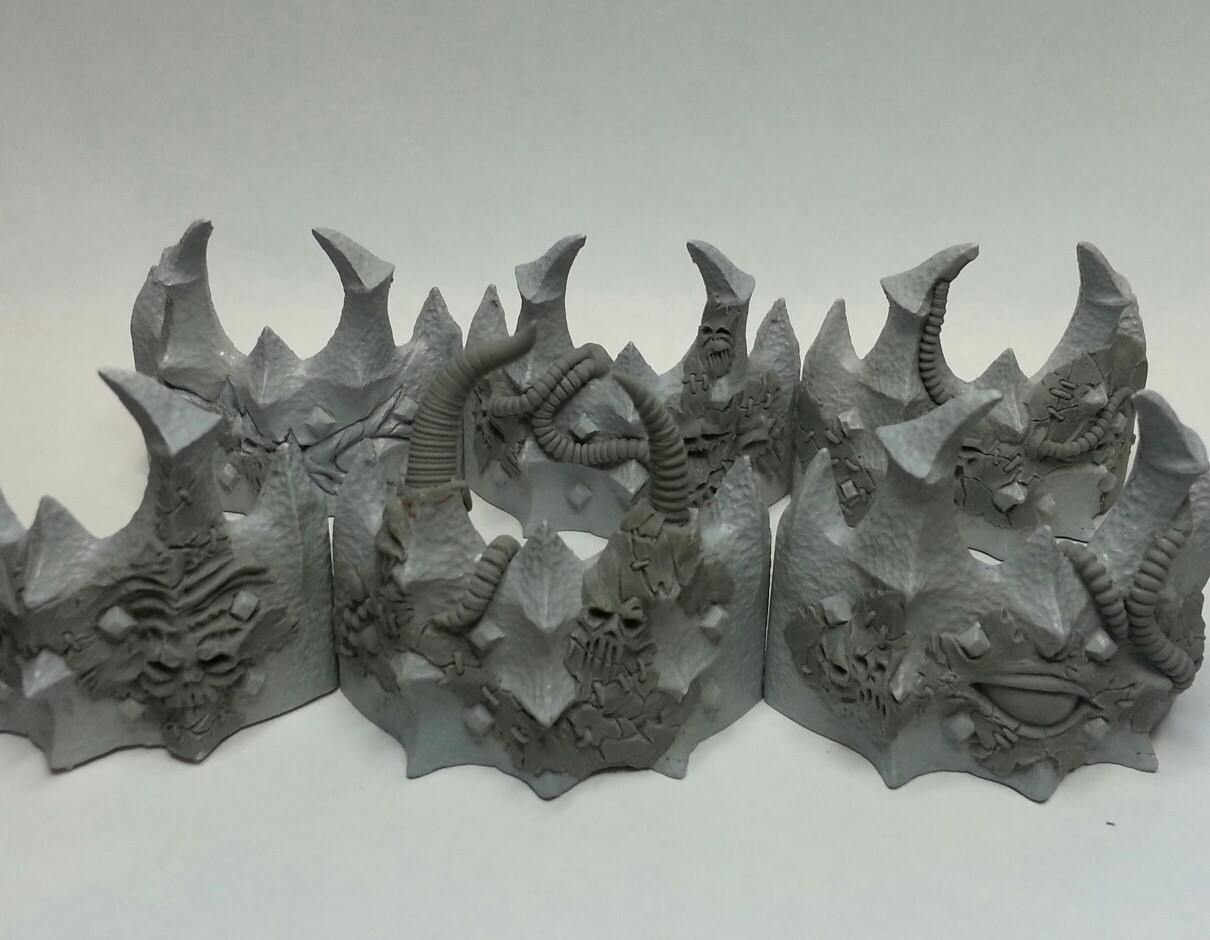 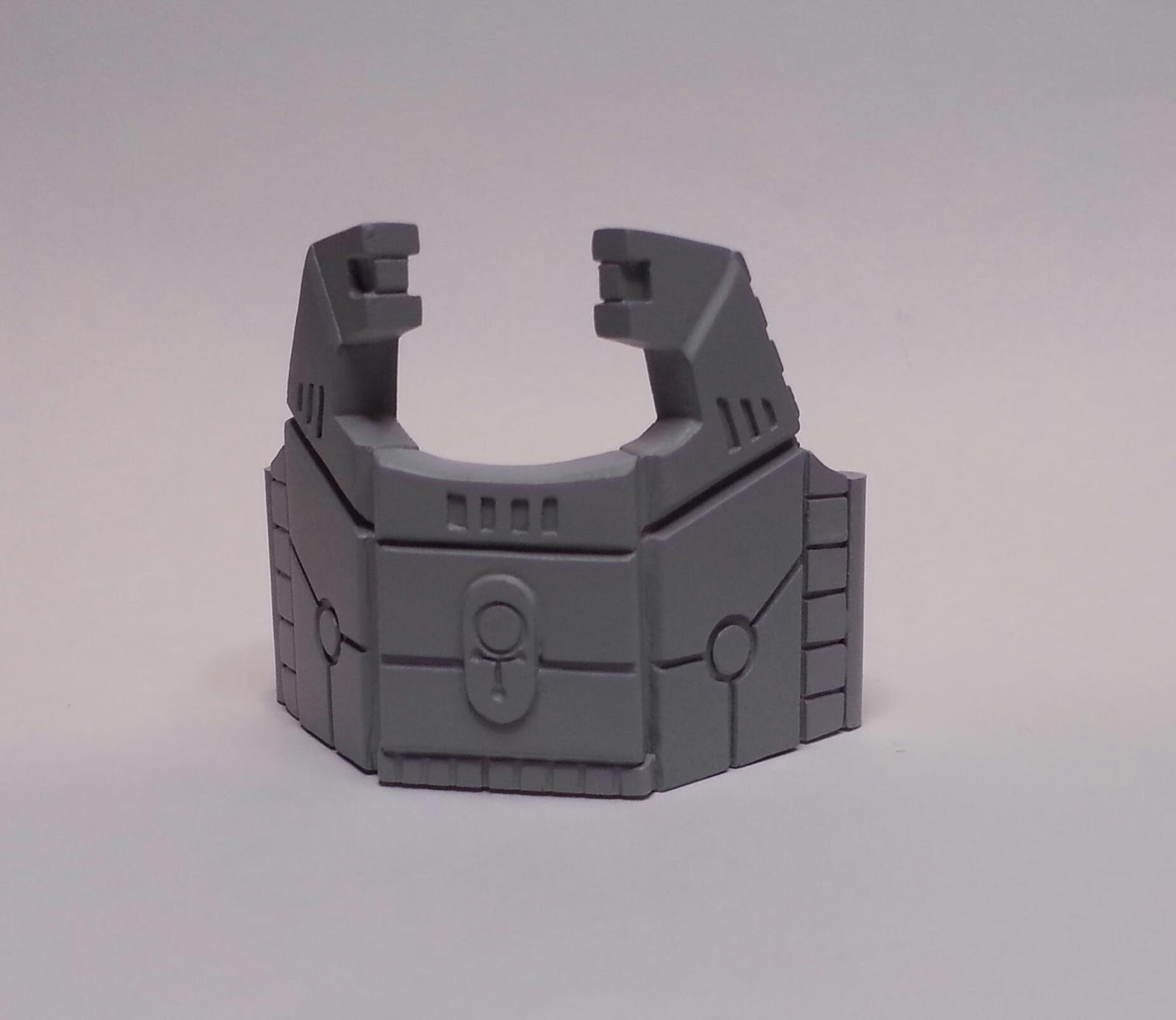 These come with the curved pieces and the short pieces to link them.I pre-ordered the Mechanoid version when I was at adepticon. He has put up updates on his facebook page about delays in production. This is good but it has been a while since when I was promised delivery so I am getting a bit impatient.  Good thing I don't need them till next year >_< 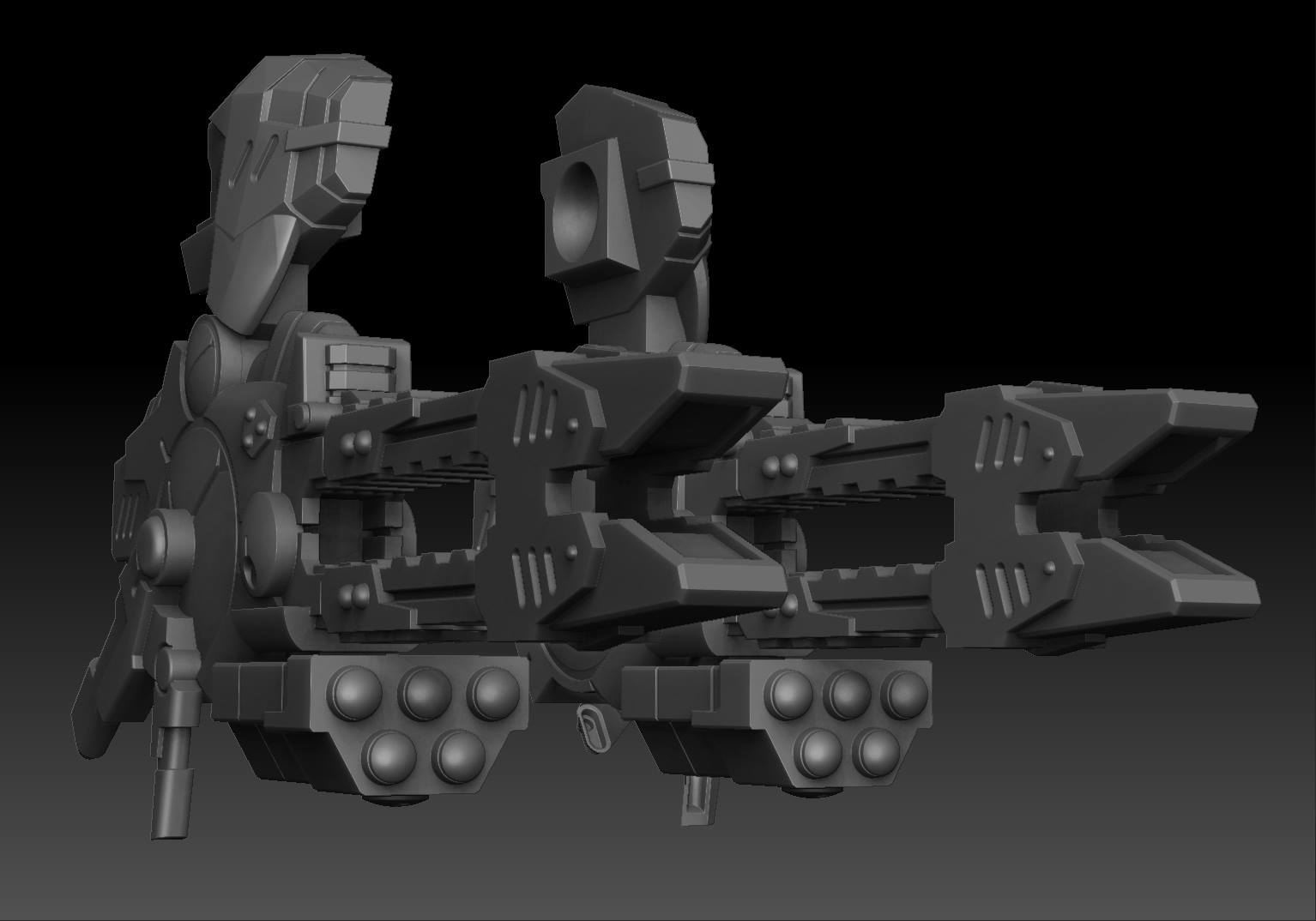 They are pretty sweet and I am tempted to switch out my old shoulder mounted rail gun broadsides with these. While these are nice what caught my attention was some new upgrade kits for the Tyranids.
Since GW has once again left us hanging for a model if we want to play with certain units we have to scratchbuild them.  One unit I am looking at are Shrikes.

The first option I saw (and actually did to make my Parasite of Mortex) was using some wings from a Vampire Counts model and a ravener body. 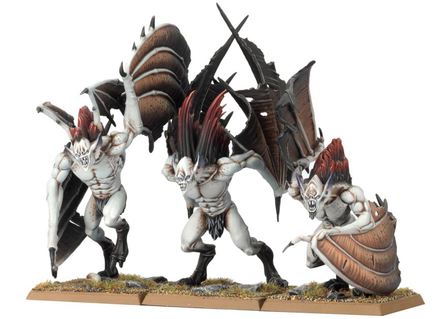 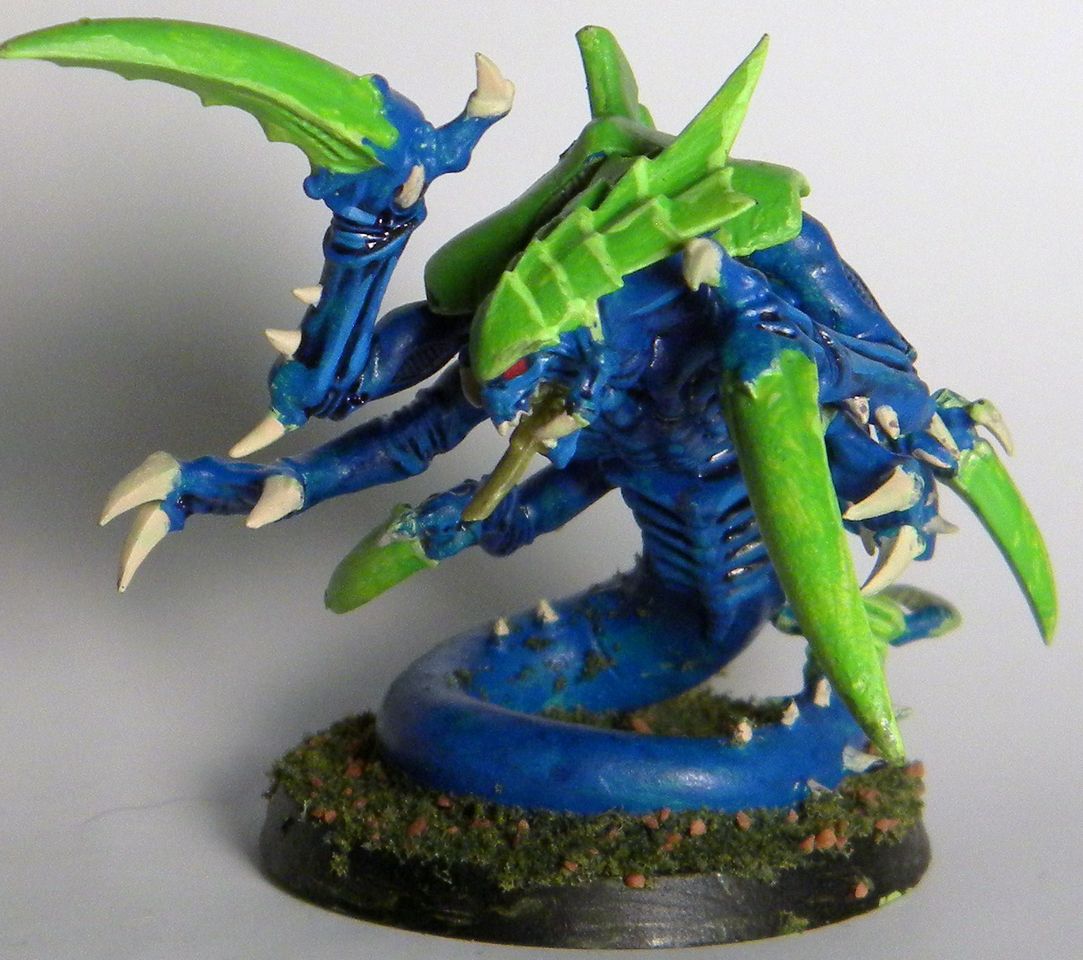 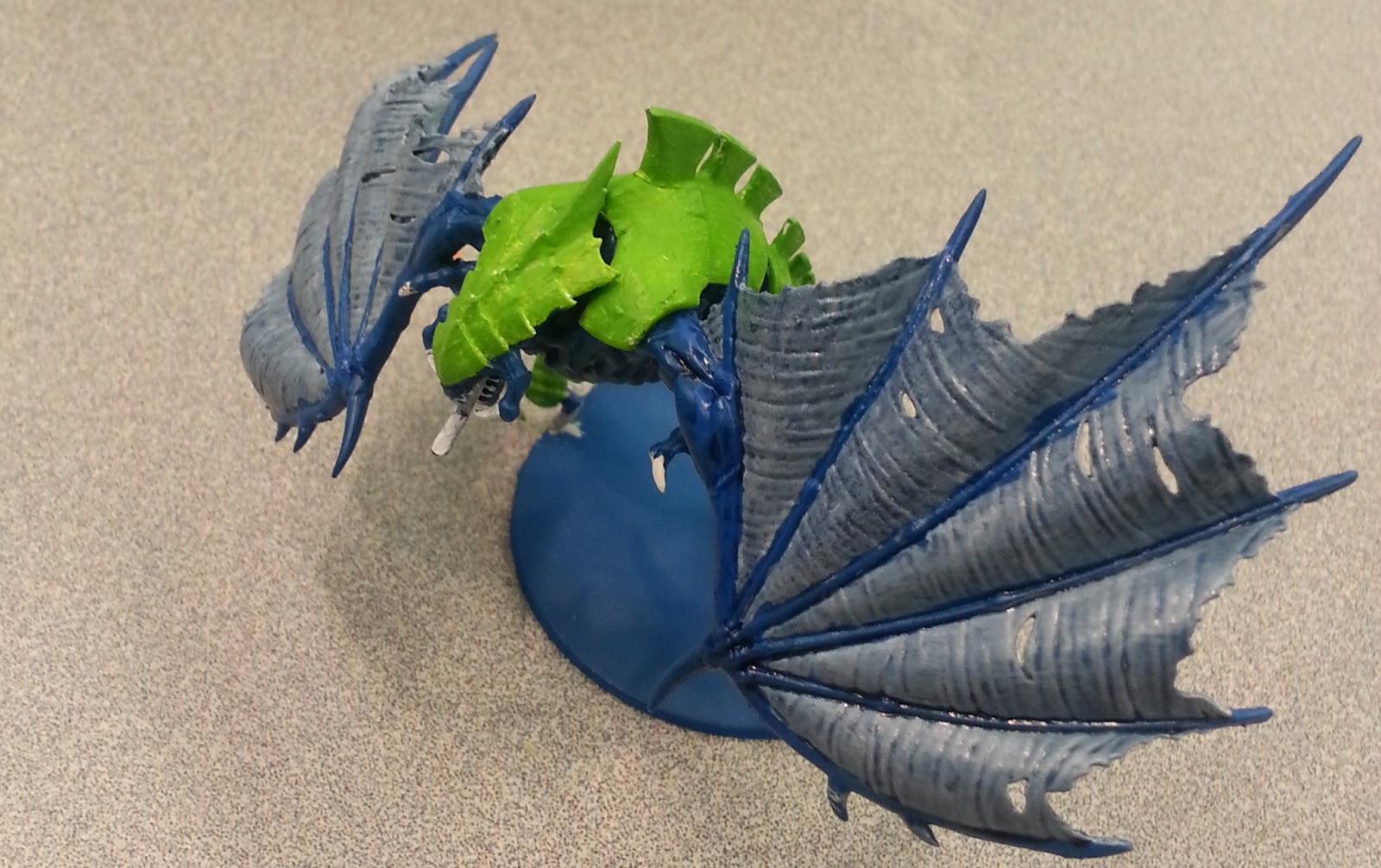 While this looks decent enough I dont like some of the angles that that kit has for the wings.

A second option I found on a fellow blogger page.  Xenos and Proud   has a tutorial on making them with gargoyle wings with warrior bodies. 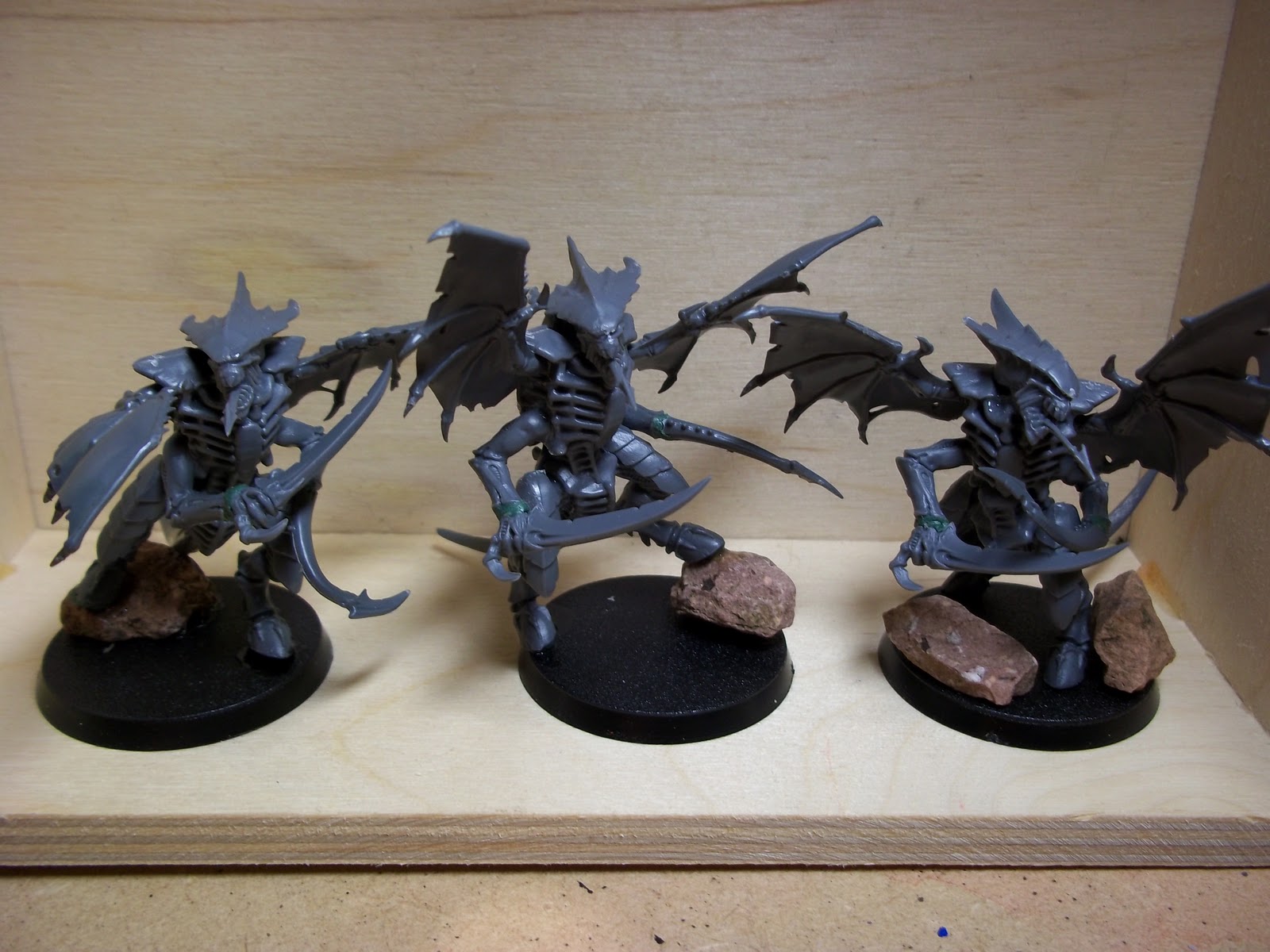 While these look good. The wings are a bit small for my taste.

I found that Forgeworld has an upgrade kit to make some shrikes. 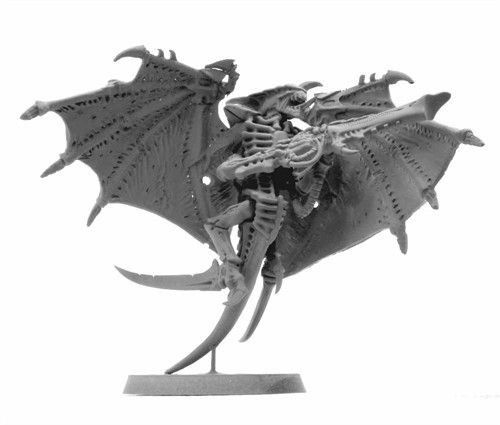 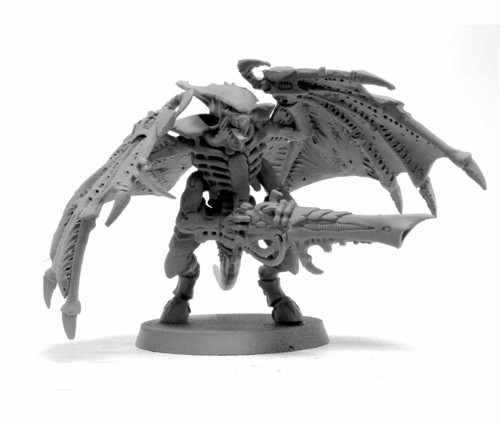 These look the correct size at at 16 pounds it is cheaper than buying the vampire counts models for wings.  The major downfall is that I either have to pay 30% shipping or wait till our group wants to order some stuff which could be next week or next year (we are fickle like that)

This brings us back to Chapter House Studios.  They had these pictures on their Facebook page. 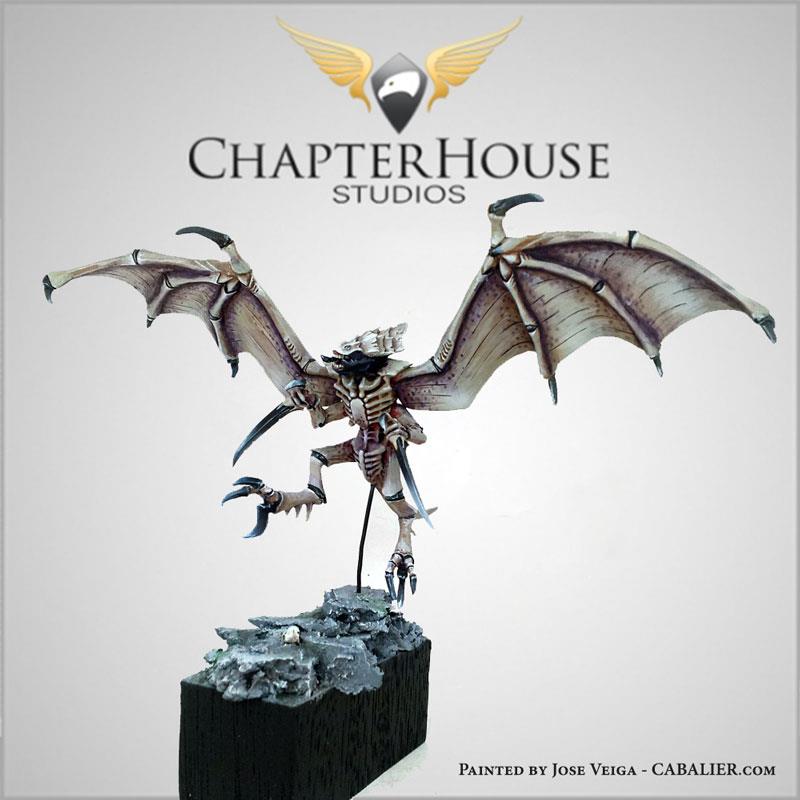 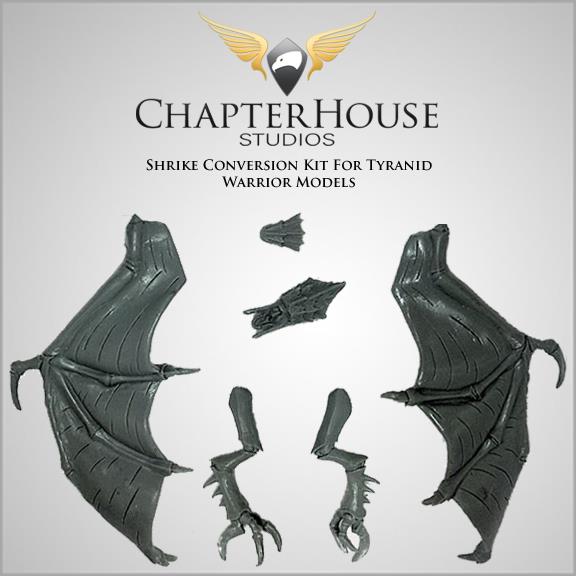 this kit not only has the wings but gives us  a different head crest and most important bit better feet.  I am pretty excited by these and hope they are on the market soon.  I am eager to add some shrikes to my hive fleet.

Tomorrow I will go over the pros and cons I see with using these guys on the field.  I will compare them to my favorite fast attack unit the raveners.