Victory for the Nids!!! 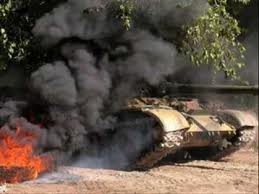 Last night I played a game where the Tyranids won.  Unfortunately I was playing IG.  It was a good game we played Purge the alien with the hammer and anvil deployment.  I made a few mistakes that left me open for retaliation. Here are a few mistakes I made.


1. I deployed forward instead of hanging way back.  I need to remember that I have some long range on my big guns and I should use that to my advantage.

2. I threw everything at the hive tyrant on turn 1 when I should have focused on the targets that I could easily hit.  All I had to do was wait till turn 2 when the vendetta came on.

3. I need to focus fire on things till they are dead.  I attacked several units on each turn and had several units whittled down to 1 or wound or model instead of just wiping them off the board.  This hurt me a few times allowing a couple of genestealers wreck some tanks being one example.

Although this was not a fault of my own the terrain was not great for me as well.  I always hate the realms of battle board because that hill in the middle of the board does 2 things.  Makes it hard for models to stay in one place.. place. sliiiiilde. place. sliiiiide.  sigh.  place. hold breath. whew. place second model. sliiiide int the first. both sliiiiiide.  grrrrrrrrrrr. and it also cuts the board in half.  When you die in CC like no other, the last thing I need is a board that gives my opponent LOS blocking terrain for half of the board.  But I digress.

In the end, I lost by 2 kps and if the game went on for another turn or 2 I think I would have cleared the board.  I still had a Russ, the vendetta, my rattlings, and a vet squad in their chimera on a board where he had 1 guard, 1 devilgaunt that was running, and a small squad of termagaunts cowering in a crater.

Live and learn I guess.

Have a good weekend folks!
Posted by Grenn Dal at 8:52 AM