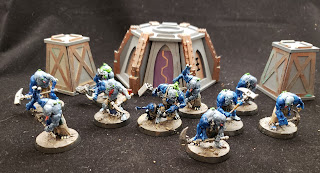 With the finishing touches added early this morning, I completed my goal of have the Aberrants done before the new models get released. 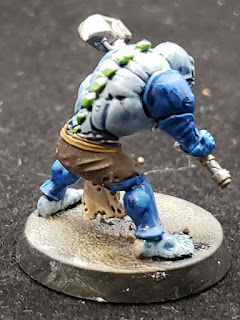 While painting this model I was puzzled by the head.  I just couldn't figure out what was going on with his forehead.  Then, last night while looking at a zoomed in photo of the model I realized it was a third eye.  I even noticed that I missed his droopy right eye as well. So, instead of rushing out to work I spent a few minutes hunched over my painting station completing the model for the blog. 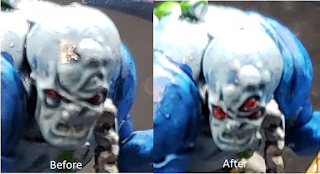 I now have a squad of nine Aberrants.  It would be nice to get a tenth models to max out the squad but I am not going to buy a box to get one model.  Maybe when I am at adepticon I can find a single Aberrant. Until then nine will have to do. 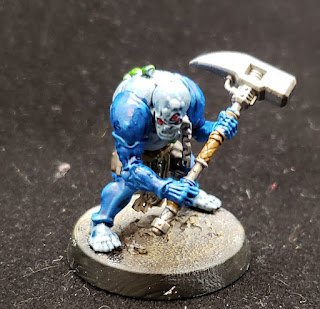 I am looking forward to getting my new models and have them ready for the field.  I will stick with the orks until after adepticon and will see how I feel. By then I should have most of the GSC painted and ready for action. 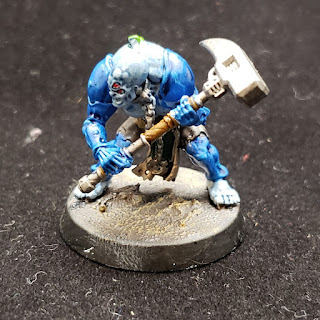 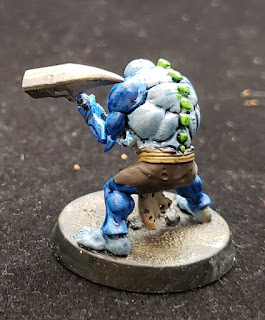 Questions? Comments? Revolt!!
Posted by Grenn Dal at 8:58 AM