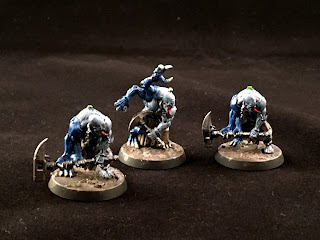 Happy new year.  After a long absence I have returned with a showcase of my finished aberrants. 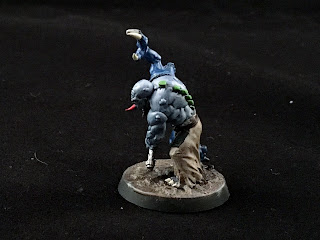 With only a few of these to do, I thought I would batch paint them and knock them out.  My paint scheme for these is like the one I do on my acolytes.  Where the tyranid looking parts are I painted them dark blue and where the mutated human part I used the light blue skin. 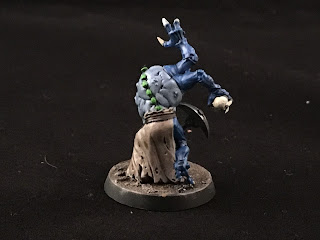 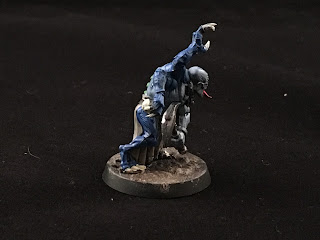 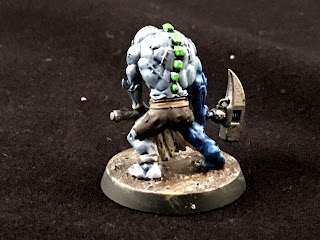 I am sad that there is only two versions of these models.  With only 2 variations the repetition is noticeable.  Where you have 4-6 different models (acolytes and neophytes) it is not as noticeable.  If I was going to use these guys more or try a bigger squad I might have tried to model them differently. since I don't see them being a big part of my army, I left them as is. 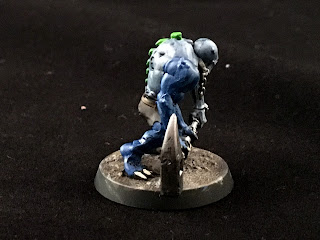 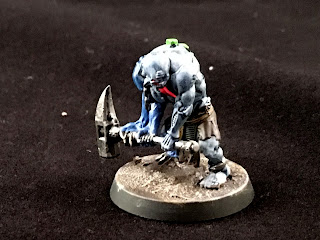 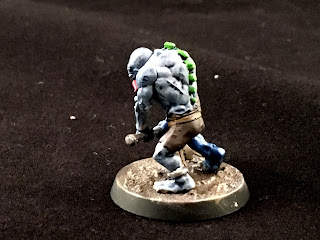 The problem with them is they are really frail and very expensive. for the same cost I can get 3 squads of acolytes which alone can cover more ground. Second in most situations the acolytes will do better in combat.  Really, the thing they are good for is opening tanks. Without upgrading to the heavy weapons the acolytes have a hard time hurting anything over av 10. 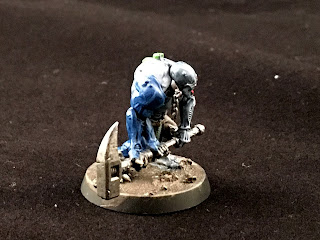 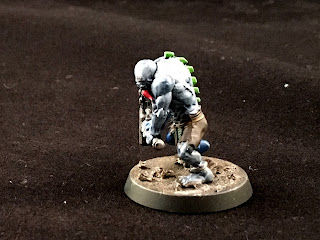 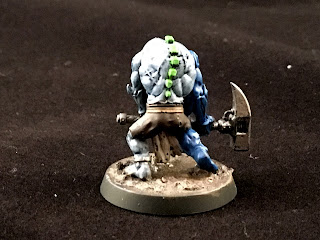 So, the aberrants have a role.  I think  I can fill that role in another way whether it is neophytes with laser, goliaths, sentinels, acolytes with heavy weapons or leman russes.

Have a great week and I will catch you next time.

Questions? Comments? For the four armed emperor!?
Posted by Grenn Dal at 10:13 AM