With a week left before our big Apocalypse game, I decided to work on some of my orks.  One of my goal from last year was to finish up my flash gitz.  Since they were partially painted, I was determined to finish them before the weekend. Here are the fruits of my labor.


The guy on the left is an old school metal model.  He has been standing in for a nob before I started using flash gitz.  Now that he has some brothers, I am happy to use him as originally intended. He is a bit smaller and his gun is a little weedy but I still think he is cool. 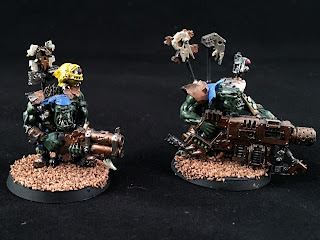 I had to decide what color to paint my squigs.  I didn't want to use the usual red and my gits have blue on them so I really didn't want to overuse it. So I decided on yellow.  I think it works quite well. 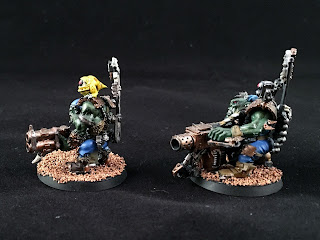 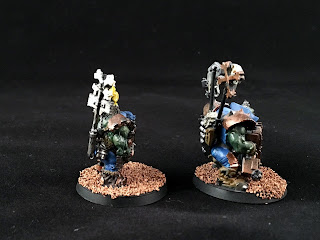 The one on the left in the next set of pictures is my kit bashed gitz.  He is just as big as the GW kit but doesn't have the same looking gun.  I actually like that fact. I don't like having a army of clones.   With the limited molds per entry, any variation is a good thing. 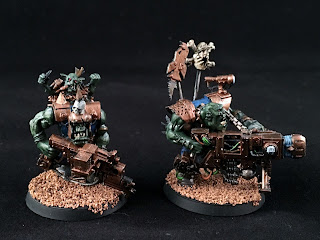 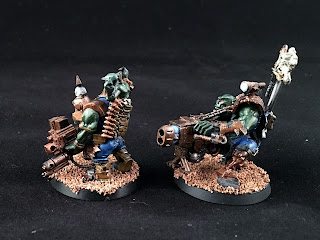 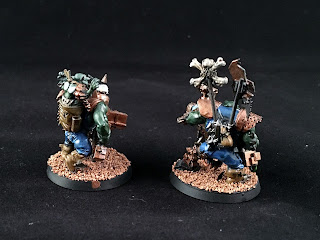 I tried to do a little more than edge highlighting on these guys especially on the skin itself. I have been watching others paint and while I still don't think I am that great, it is a big improvement over my work a couple of years ago. 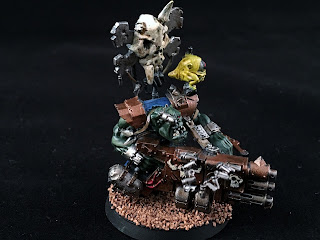 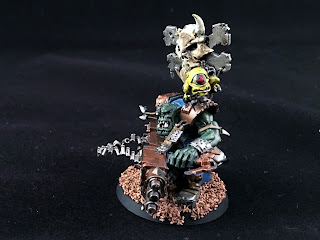 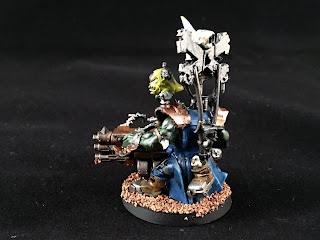 I still think I need steadier hands and better vision but this is what I can do and have patience for. I hope you like these guys.  I am finishing the Stompa as well as painting up a trukk.  I still will not have a completely painted army but it will be close.