While the rules don't wow me I am liking the look of these guys.  Images from Astropate. 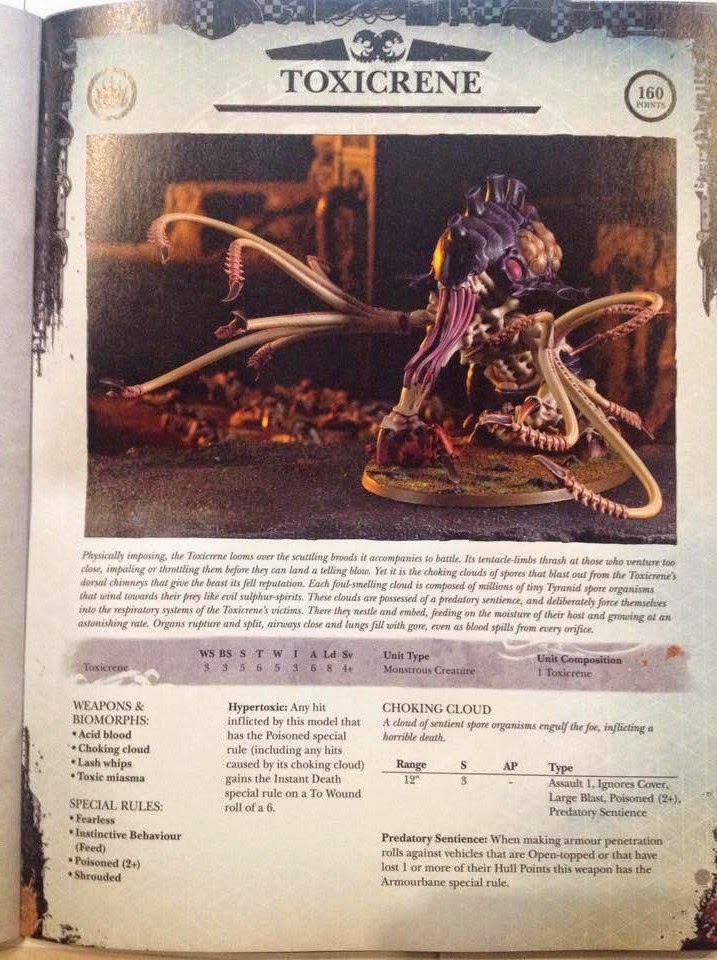 The Toxicrene look alright. I am not a big fan of tentacles.  Overall I think he looks better than what I originally thought. 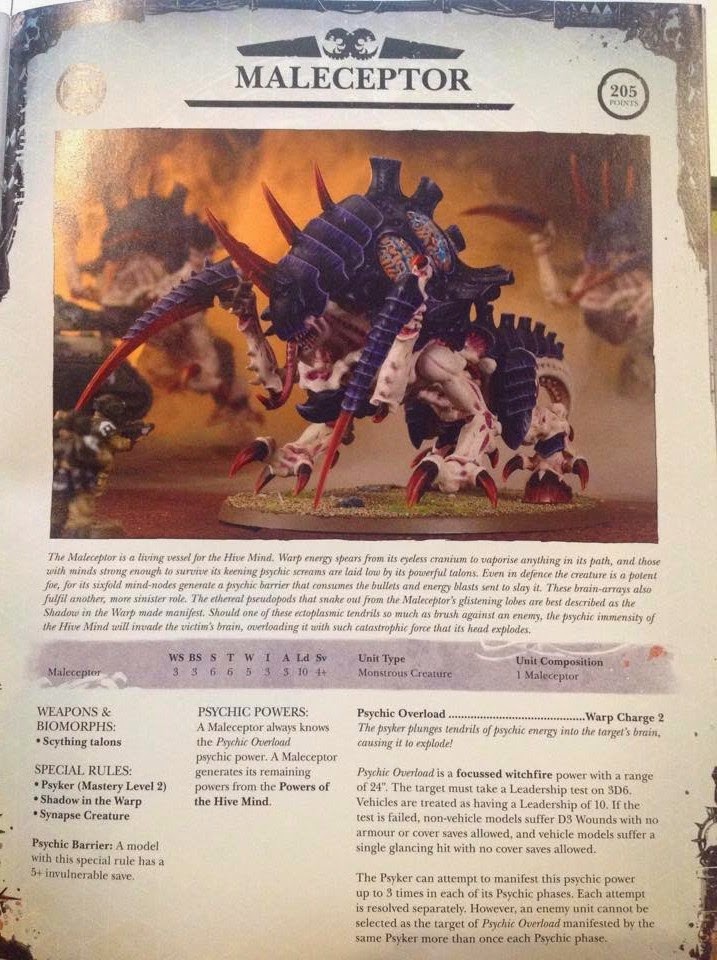 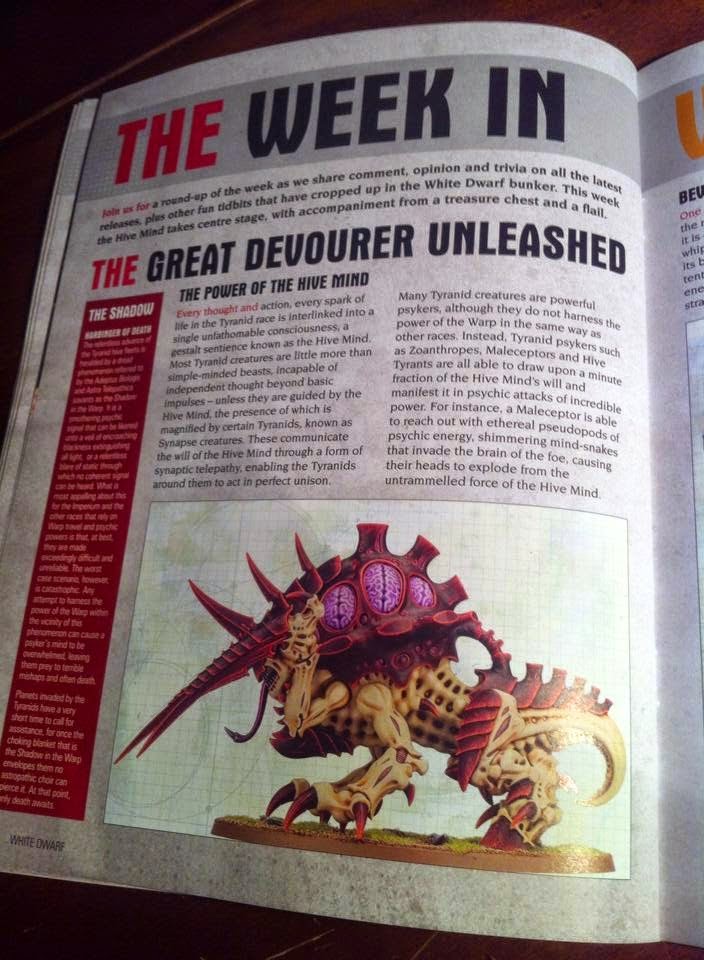 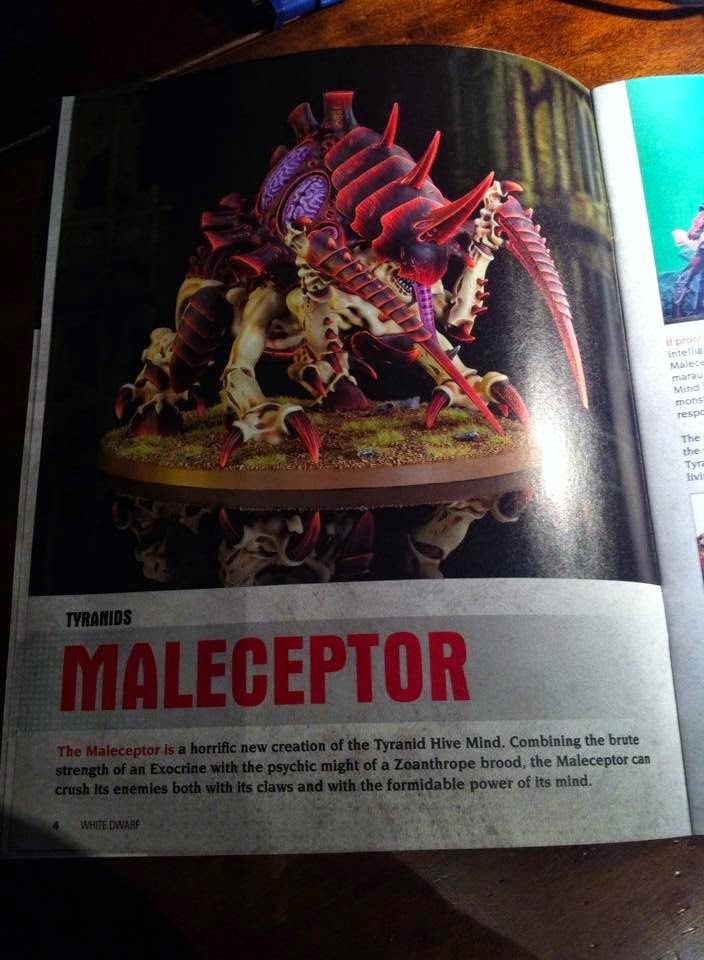 The Maleceptor looks a lot better than the early shots. It is almost a feline feel with the giant head looking like a big mane. The power is weak in my opinion. If it was a malediction then I would be more accepting. Really with all the great psychic powers out there the nids are still bottom of the barrel. So the question is now.  Is a cool looking model with subpar rules worth the money?  Only you can decide.

I think the fix for these guys and the Haurspex would be to make them Monstrous Beasts. THen they would move like the Maulerfiend and have a chance of getting into combat. otherwise they just get shot down at your opponents lesiure.