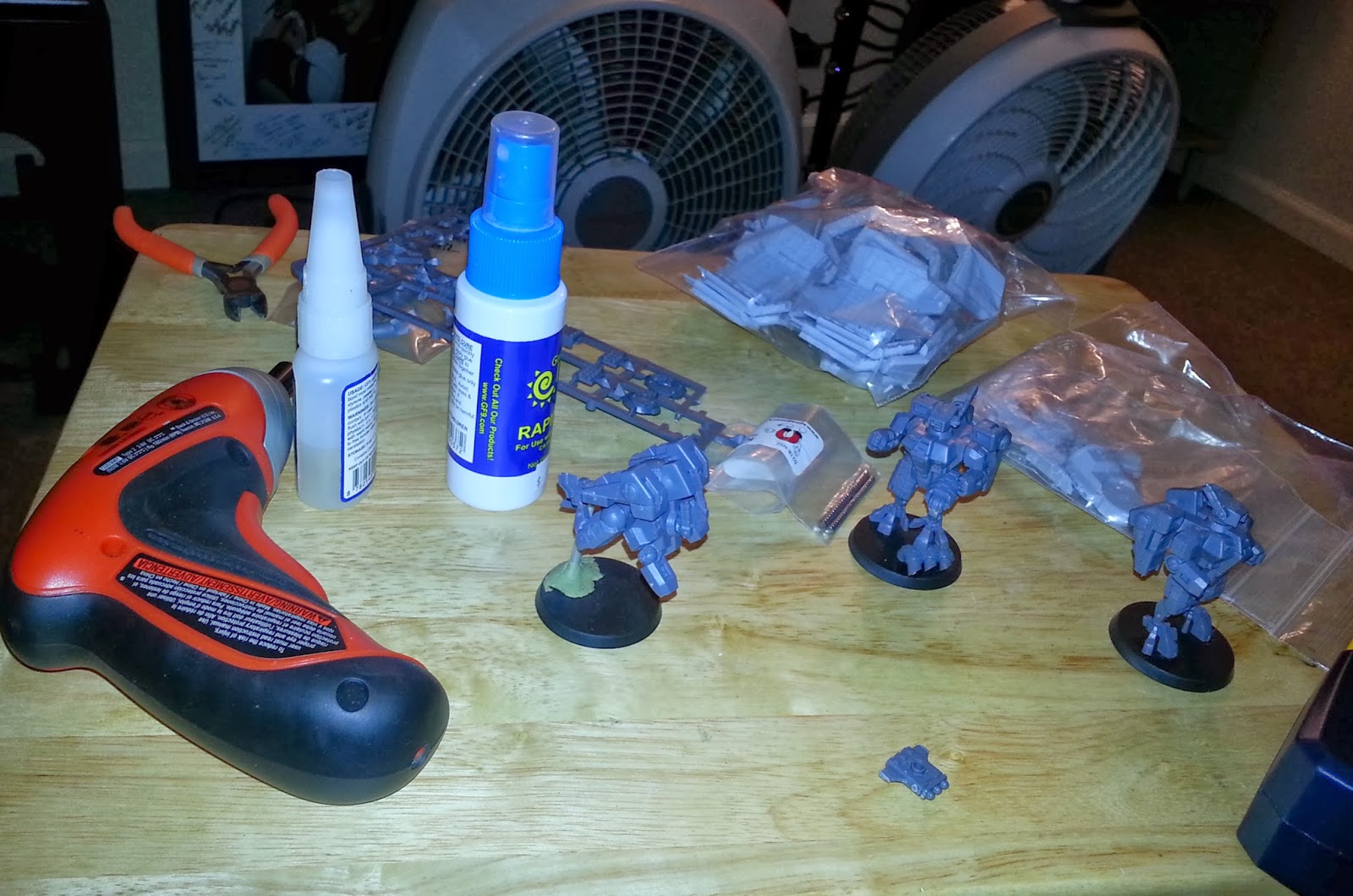 While the love of my life was watching the Oscars I thought I would get some work done on my Tau.  After I pulled out my army I noticed that I need to do some work before I could field an army.


First up was the Drones for my Riptide.  While gluing them together I happened to glue one in backwards. sigh.  I might just leave it since it is stuck together and I don't want to break the model beyond repair.  If it really bugs me I will fix it. 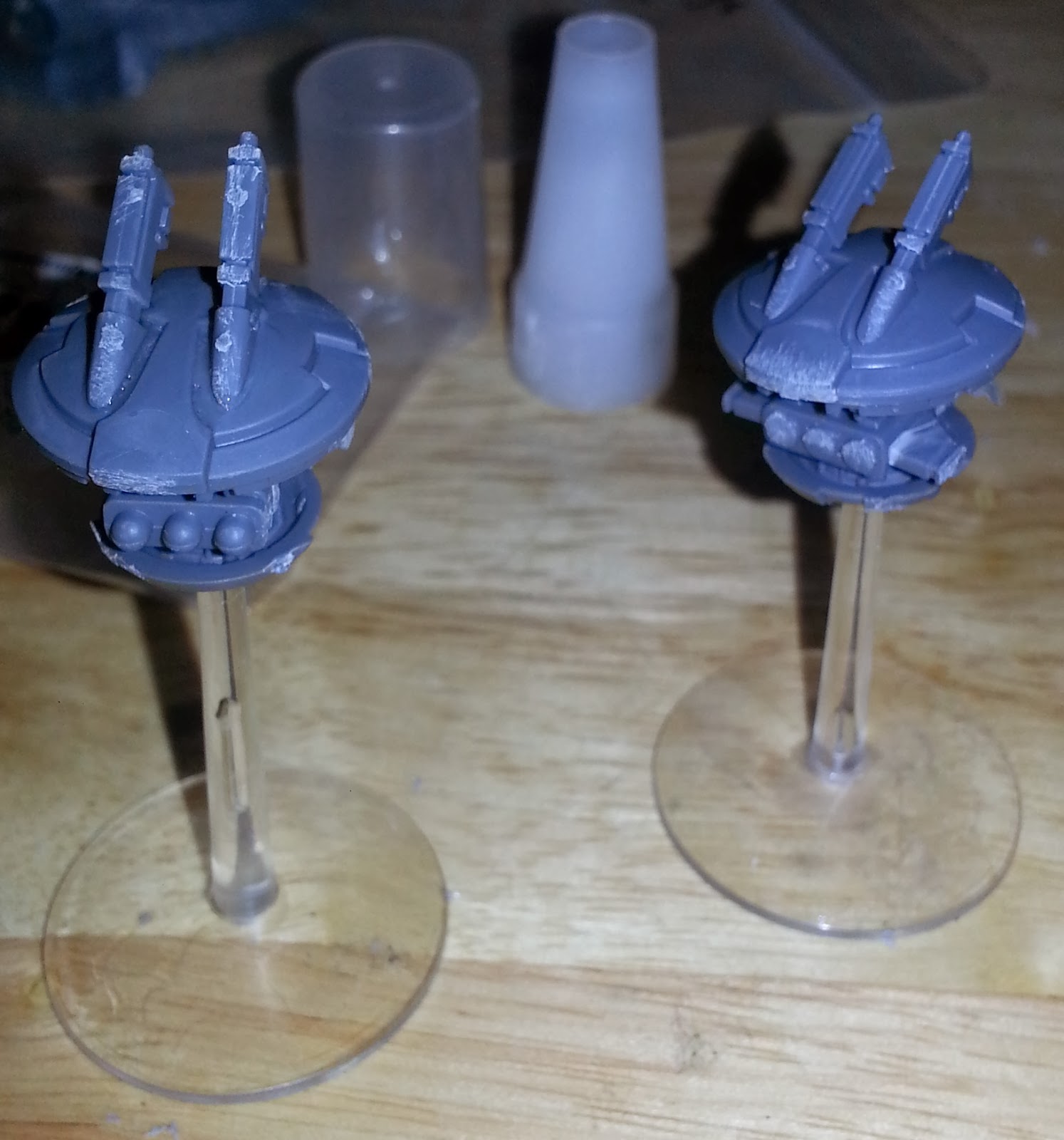 Next up I have magnetized one crisis suit and I had 3 more naked ones to work on. So with a dying drill I drilled out each arm and, using the original as a guide, inserted a magnet.  Now I have 4 suits ready for whatever load out I want to give them.  Next up is getting the weapons magnetized. (Where did that dang charger go) 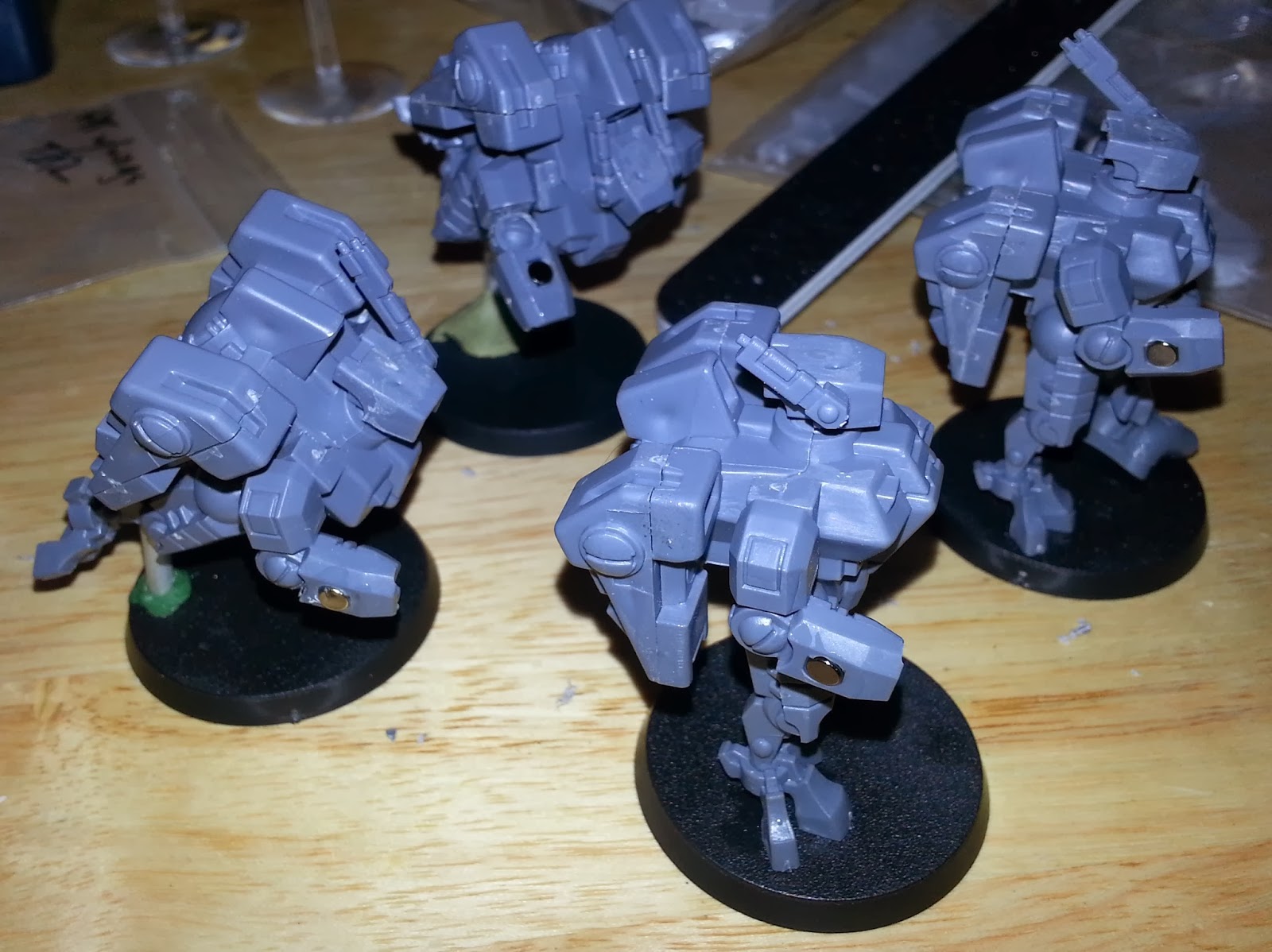 Lastly, I had my ADL from Mr. Dandy that I got from Adepticon to build. First up there is the quad cannon.  While I think I would rather have missile pod since they are S7 ap 4 just like an auto cannon this is what they came up with. 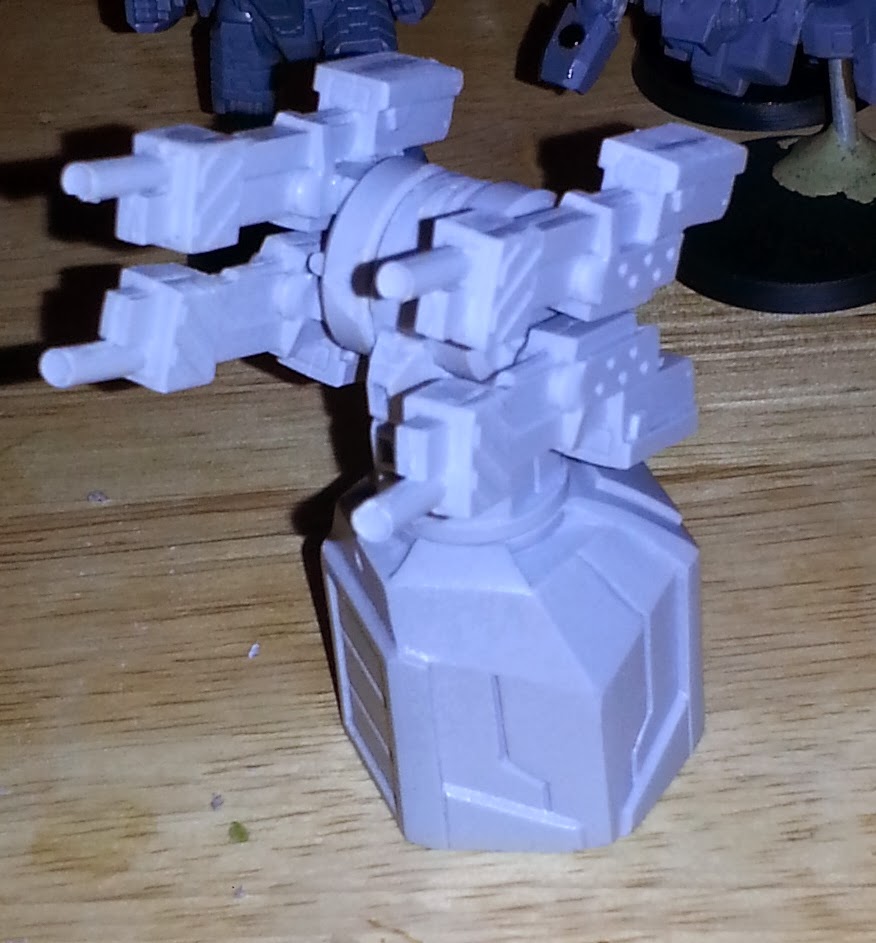 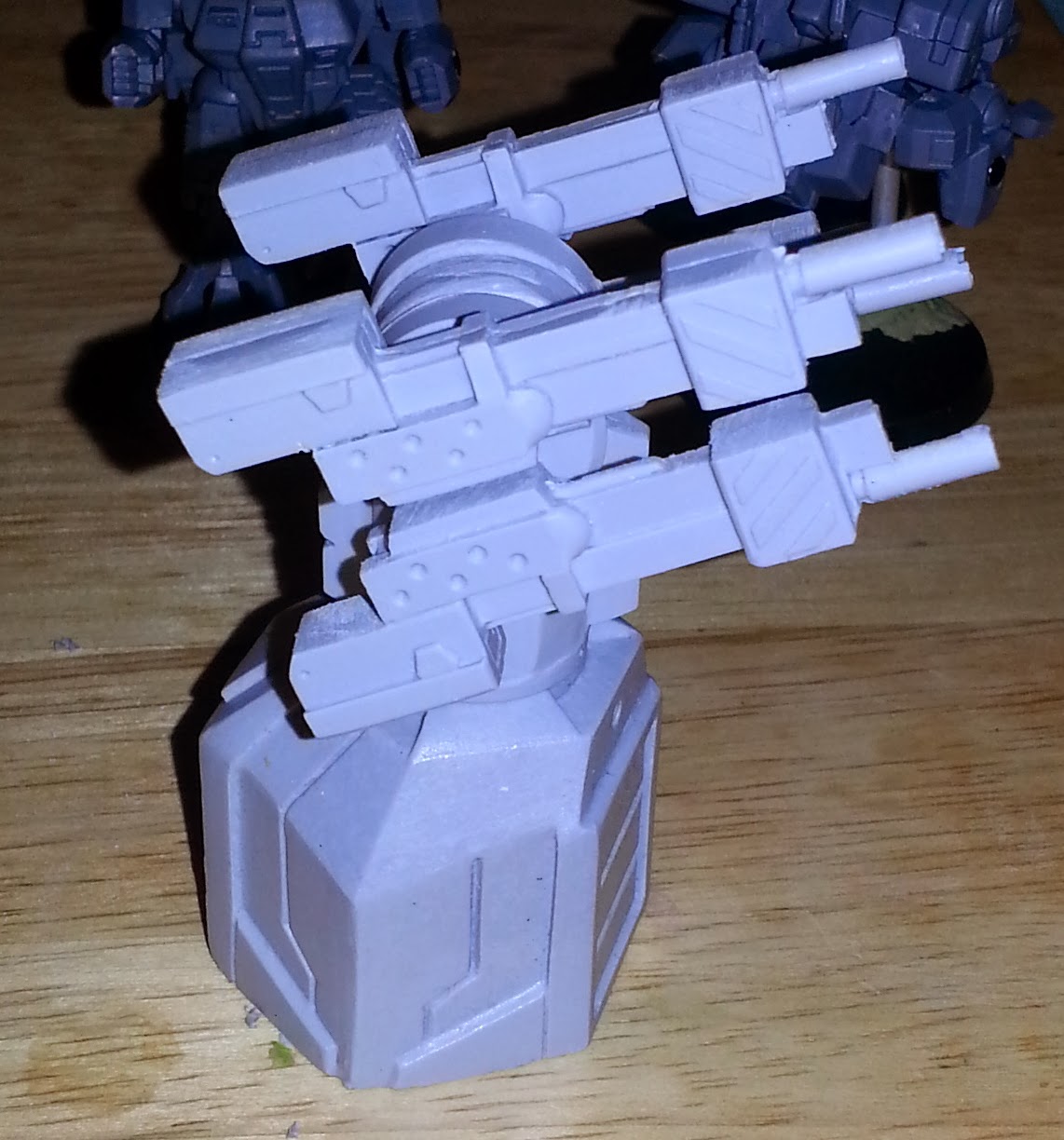 There we have it.  Not a bad days work.  I am not sure if I will get any thing else done this week.  I would like to get a game in this week if I can.  I will have to build up a list.  I have a feeling that my army is not going to be the smash face army that the Tau are believed to be.  Then again, maybe they will.