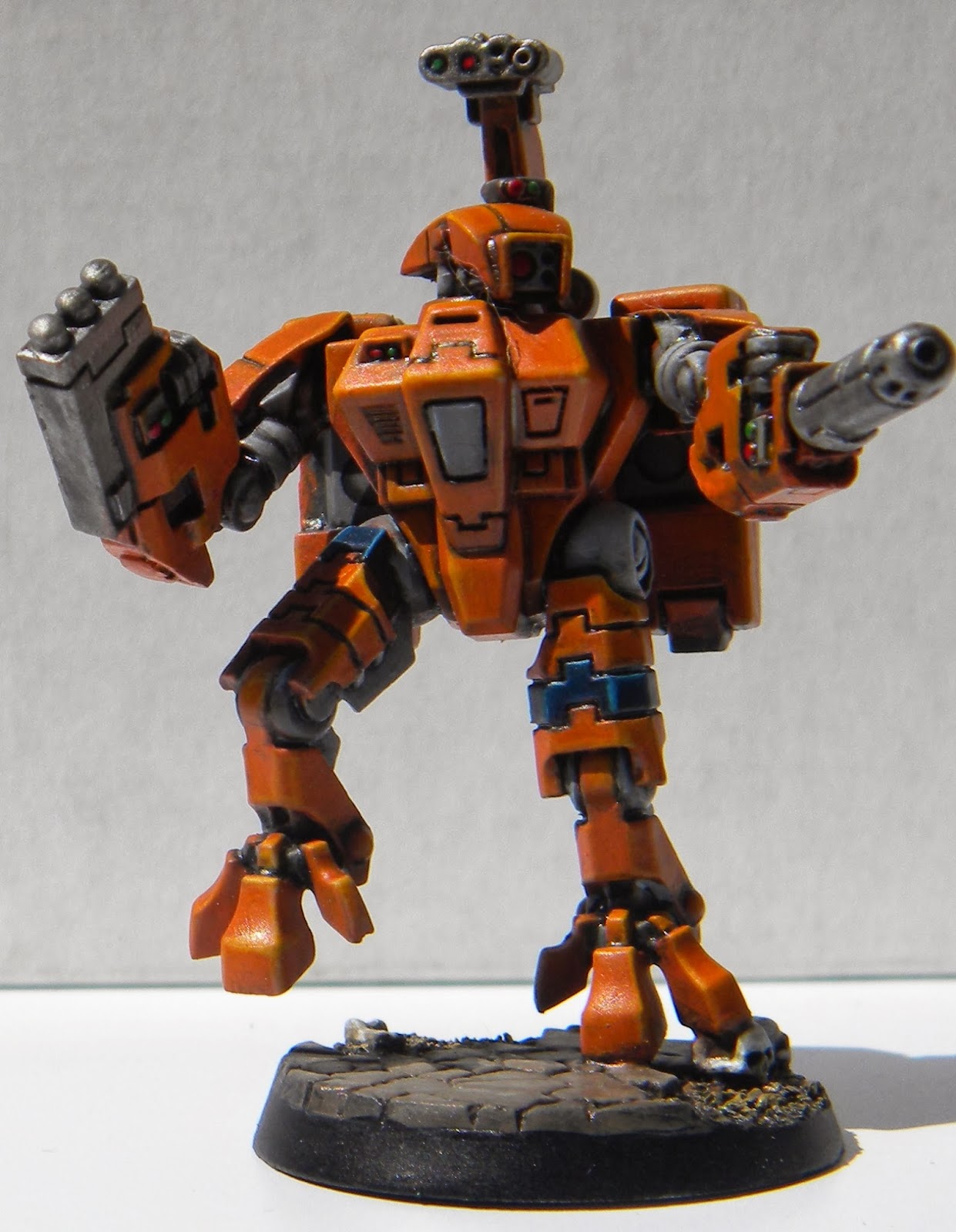 February is almost over.  I only got one game in with my orks but with the move and having to travel for work it is understandable.  I could maybe swing a game in but I doubt it.  Moving on to March I am bringing out my tau.  Now this is the least painted army I own but it is also the newest.  I bought it secondhand way before the new codex came out and I have added some of my own models.


One of the most disappointing things about my army is I chose to paint it orange. (my wife's favorite color)  I thought it would be rare but I cannot tell you how many orange tau armies I have seen. It is almost 50% or greater.  It makes me sad. Oh well.

As far as tactics I know I will not have the missile broadsides, the commander with no weapons or a silly ethereal. I like my commanders to shoot and I love crisis suits. If I knew that farsight was getting his own codex with suit troops I would probably just got that but, I think I will be okay. I think playing with Tau will be a challenge for me since I will not have the horde of guys my other armies get me. I will have a riptide and I think eventually I will have 2 of them.  I need to build the drones for him and also his secondary weapons. 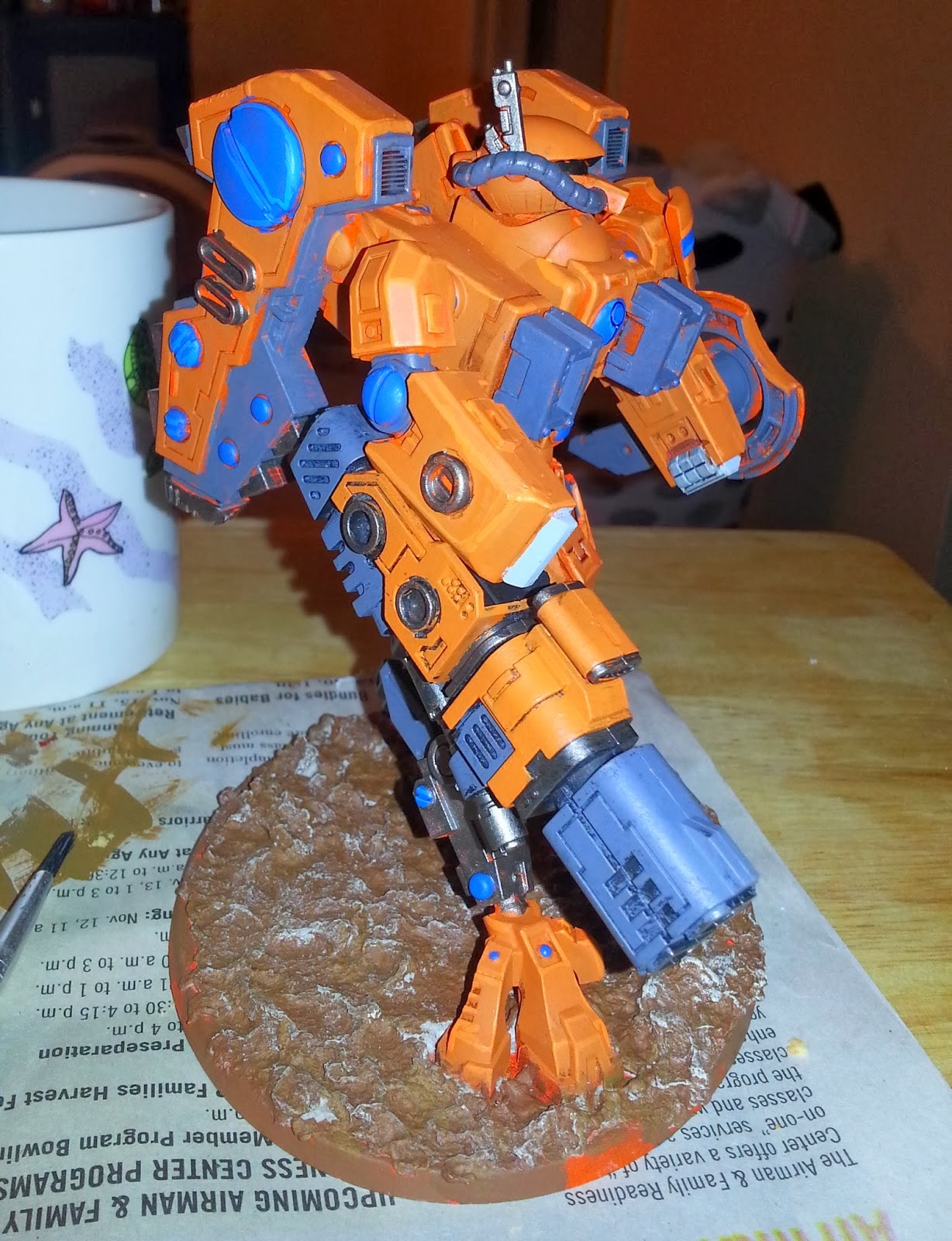 Another project I have to hurry up on is building my defense line.  Last Adepticon I bought the custom one they make for tau and I never put it together.  If I am going to use a ADL I want to use the right one so I better get cracking.  Stay tuned for shots of that. 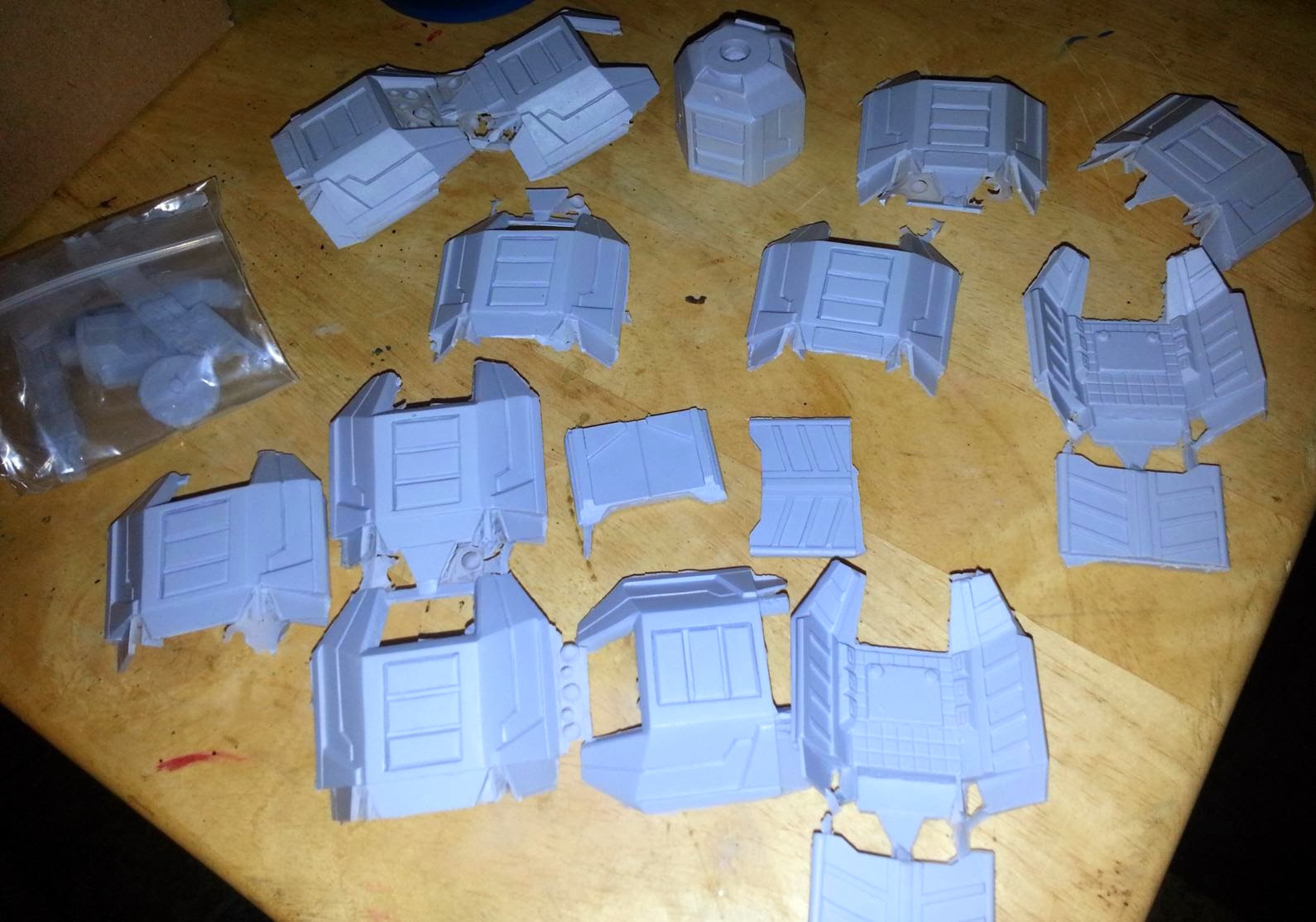 I have a squad of each of dual missile and dual plasma of crisis suits. My parting question is, do I count that as 2 guns or twin-linked. Talk amongst yourselves.... 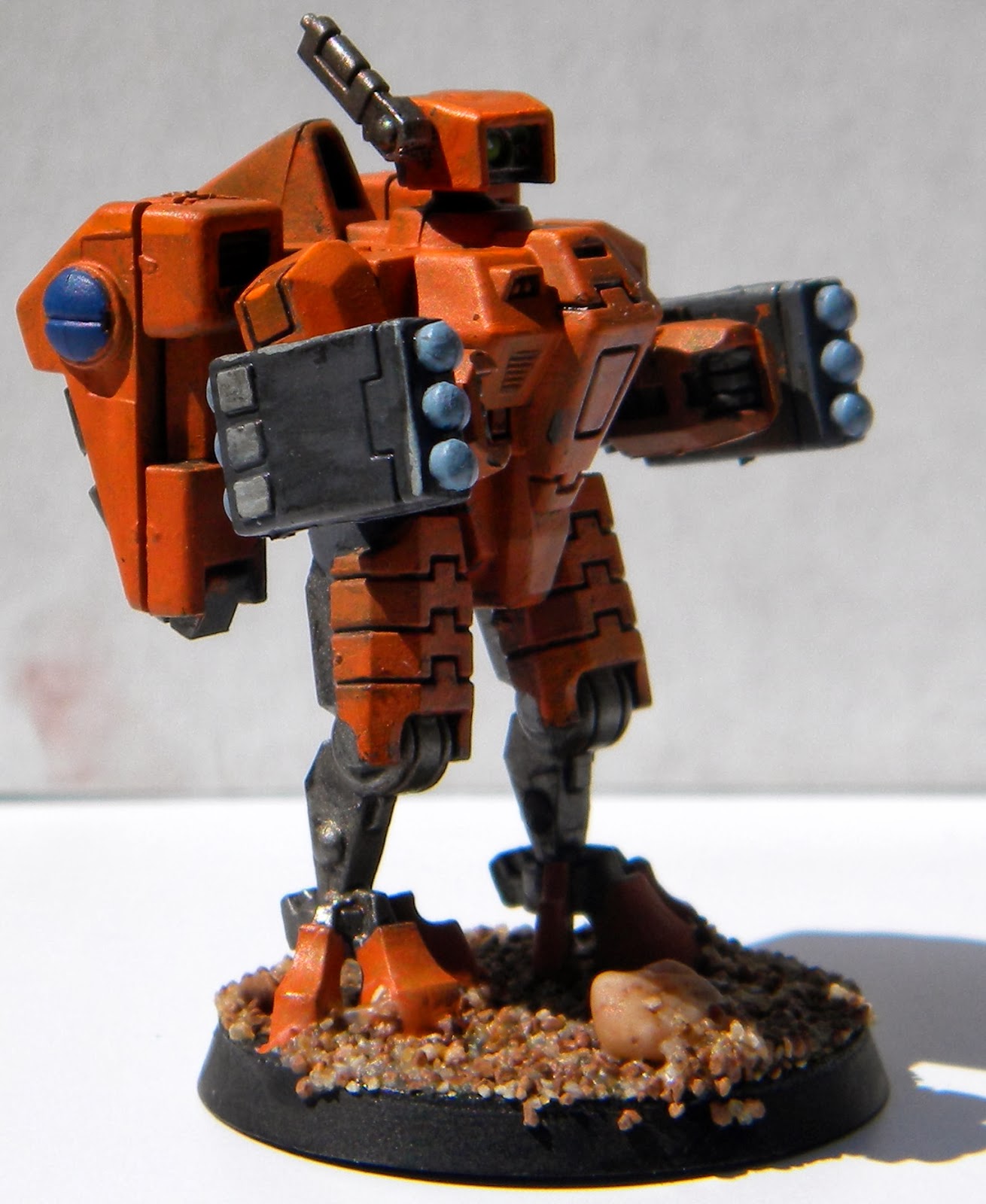