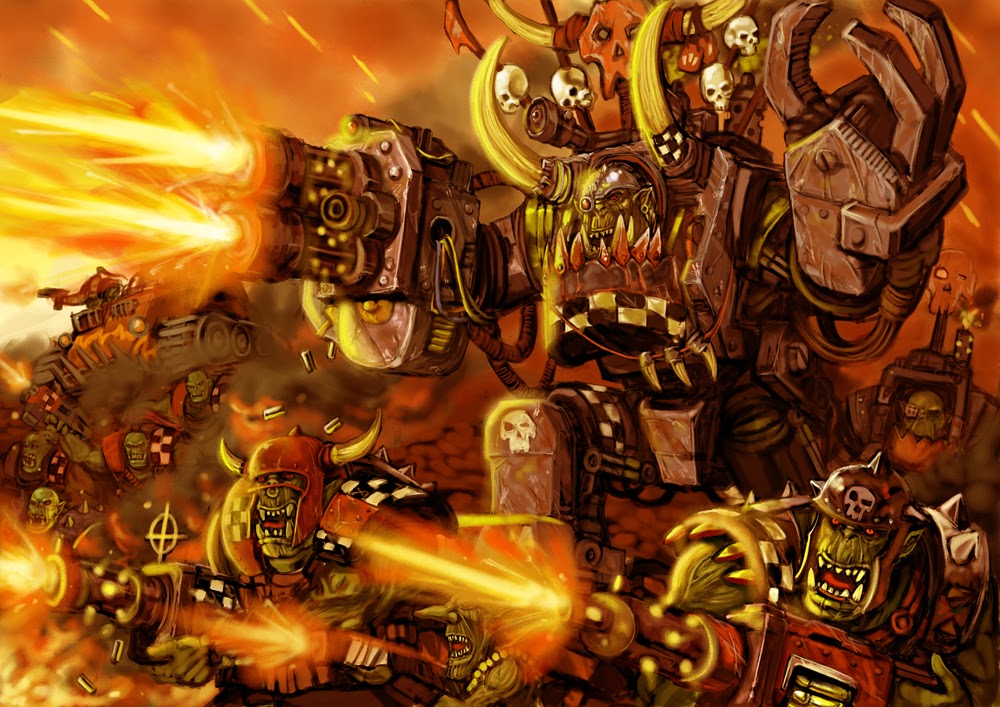 Today, weather permitting I am going to head down to my local game shop and try to get in a game.It is a new month so I am playing a new army.  This month is Ork Month. Waaaaagh!

I haven't played them in quite a while and if I am up against tau or eldar or a combo of the two I might be hurting.  In my circles I don't see a lot of ork players.  I am not sure if that is because the are weak, people don't like the looks, or it is the face you have a ton of models on the board so people are put off. None of these reasons will stop me. 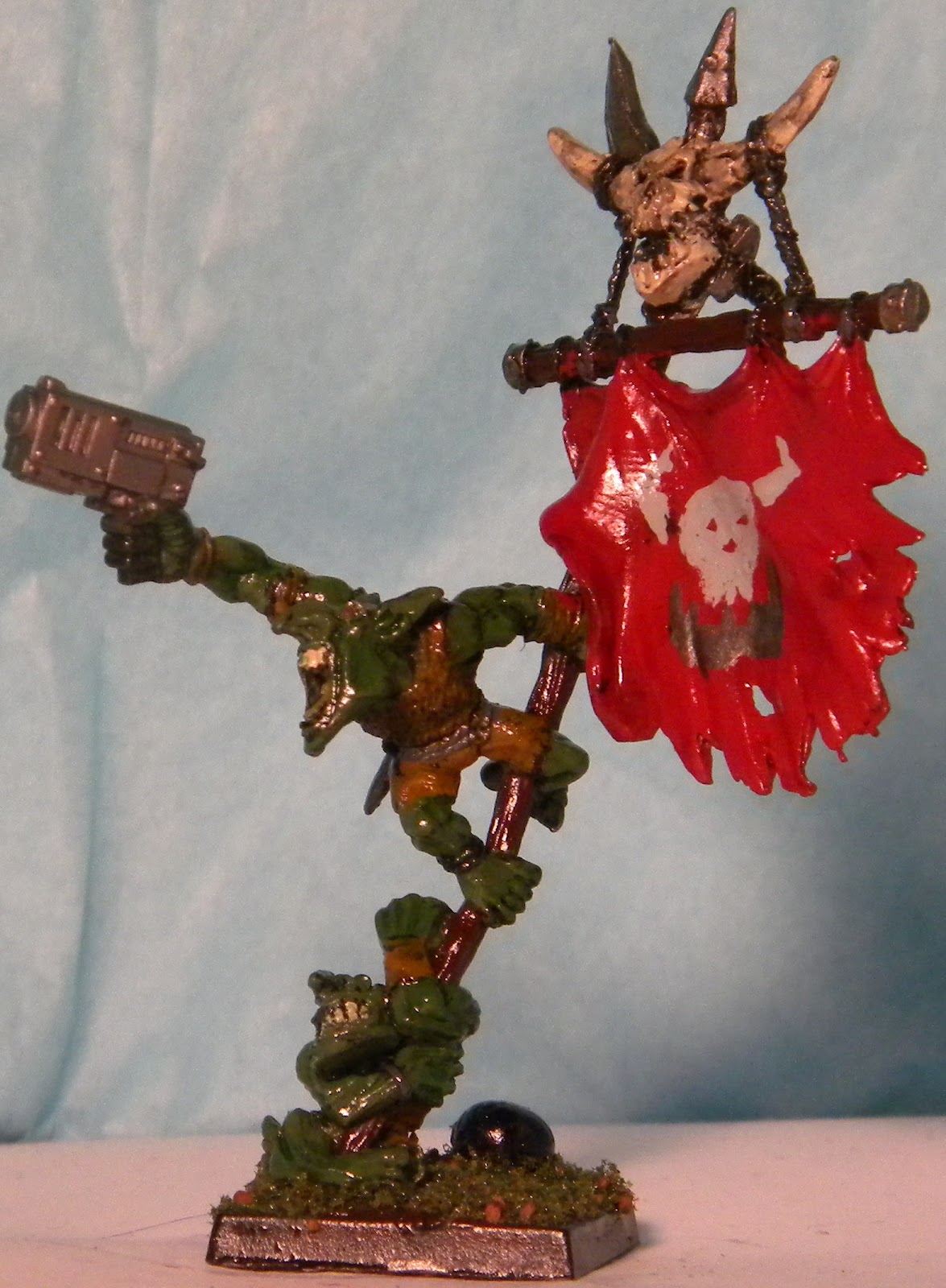 My orks have been with me since I got back into the hobby.  I even created some cans out of lego and Mechwarrior minis.  They have long since been retired since the new kit came out. 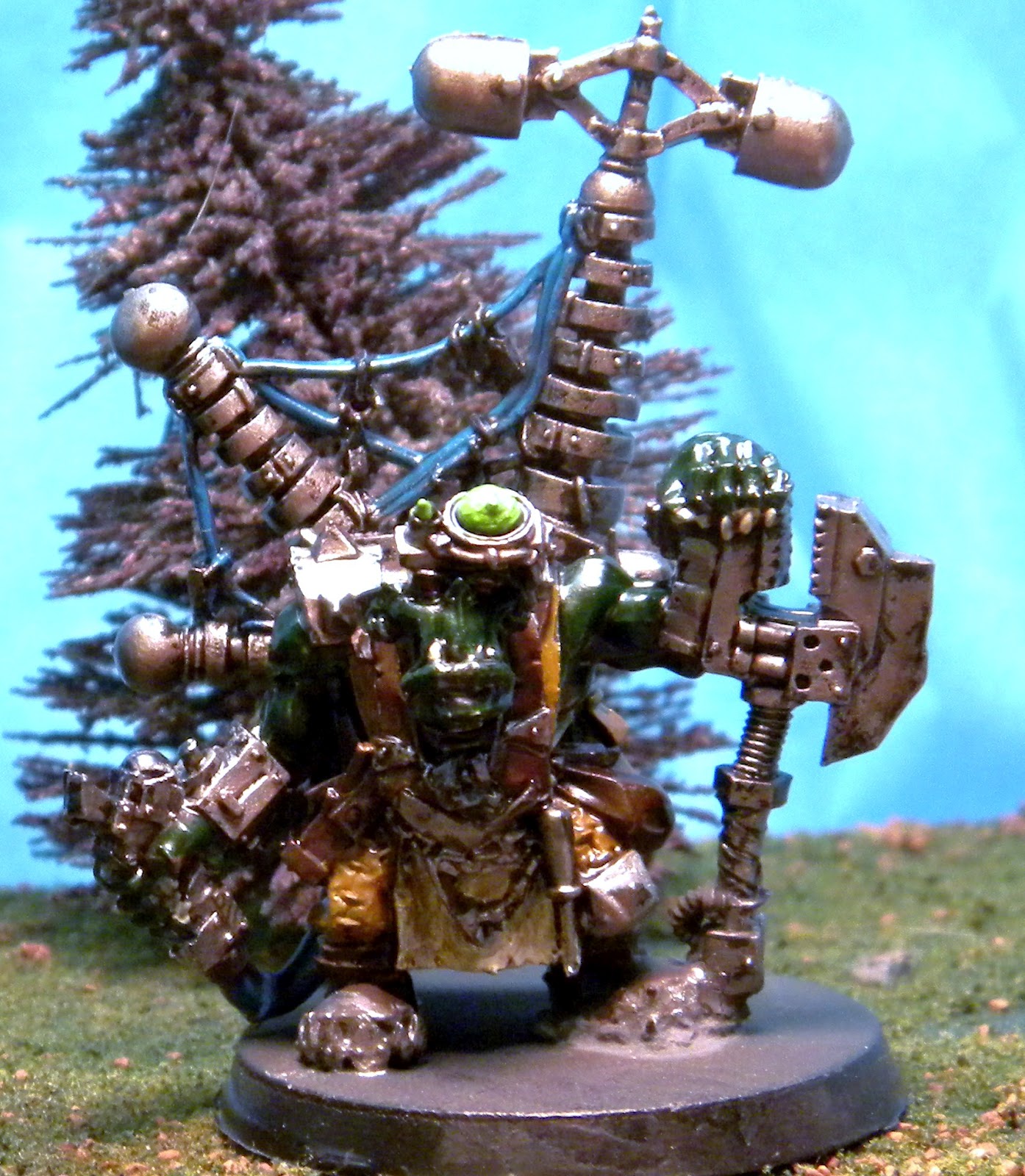 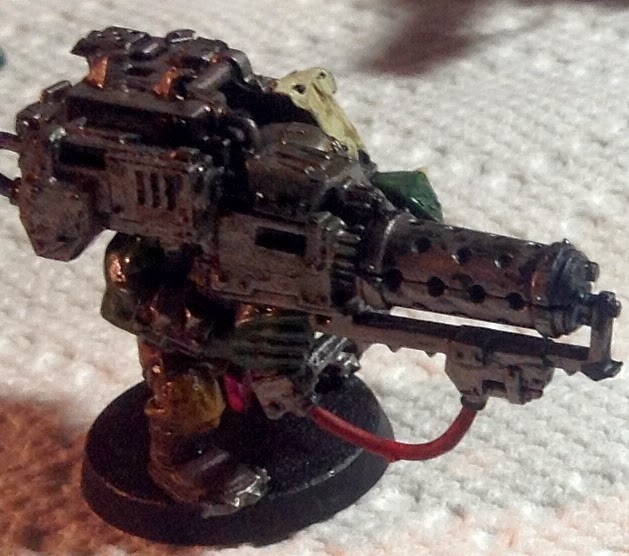 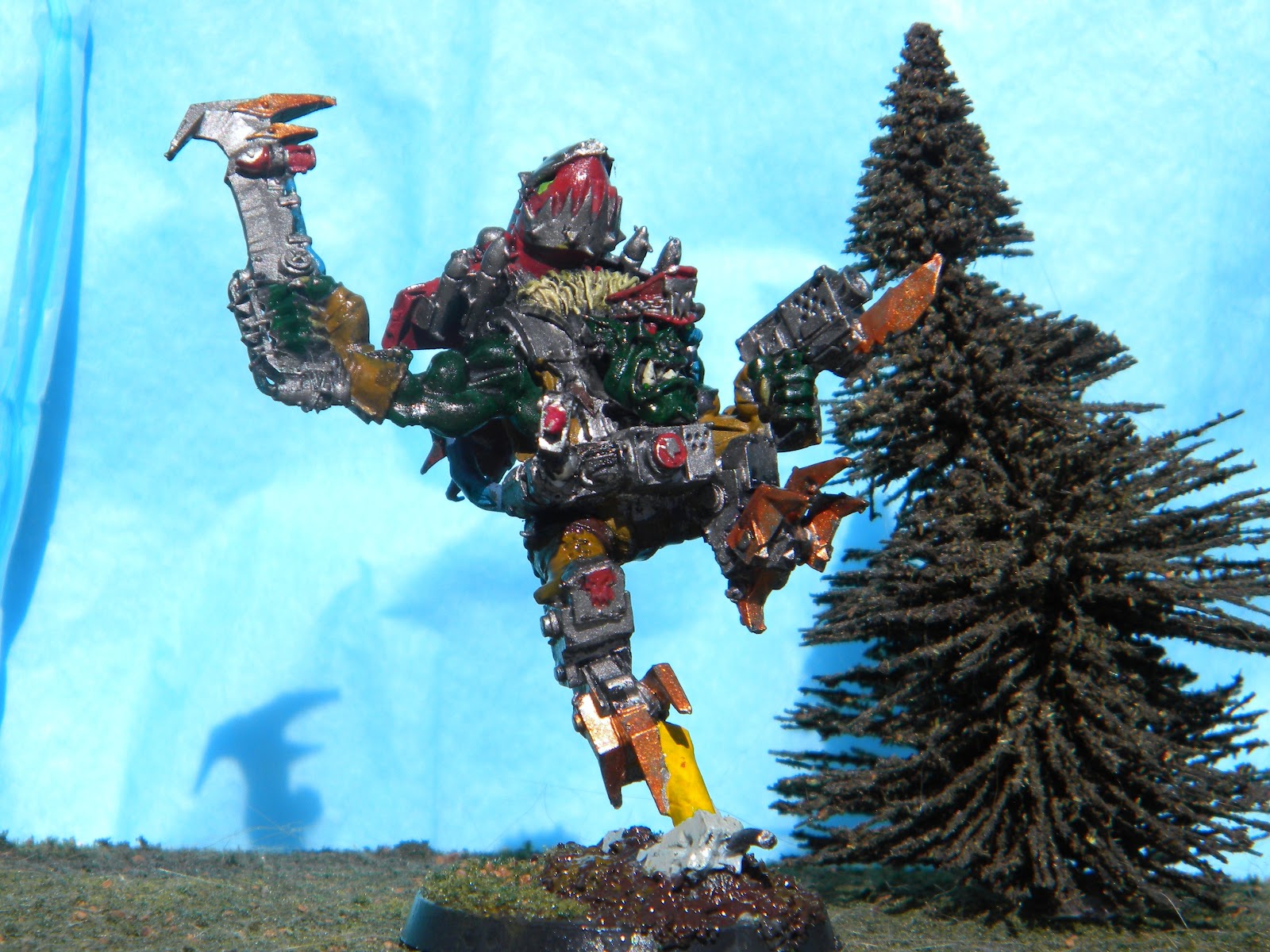 So the idea is to have the lootas behind the aegis and man the big gun. One squad of boys will hoofing it with the Big Mek and the other will load up into the battle wagon.  while the bikes head out after some juicy target.

Hopefully the dakkajest and stormboys will come in and help out.  With Zagstruck I can get a charge of the deepstrike still. I hope I can catch some meaty target off guard.

To sum up, it is usually a good time with the orks.  I know going in that I will die a lot. hopefully I can take some punches and keep on fighting.  They say that Orks are due for a update this year.  After the side step the nids took I am not holding my breath for this to be a favorable thing.  Hopefully it will still be fun.  Usually though that is really up to  the player.

Hopefully I will see you next time with a battle report and a victory.  Then again for orks just getting to fight is a victory. Yea I won!