A Fun Night With Escalation 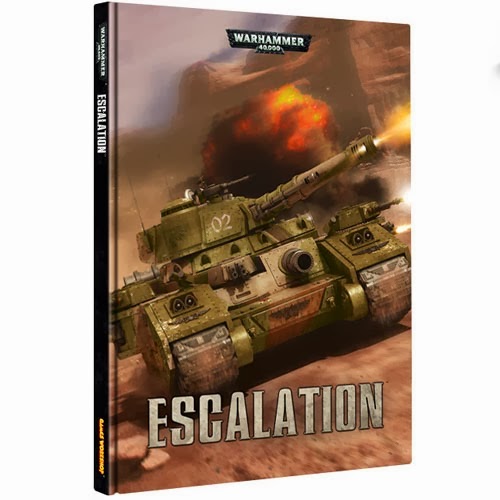 Last night I went to my local hobby store Epic Loot Games & Comics looking for a game with my Tau.  This was my first foray with the new codex since I was playing Tyranids all last year. When I showed up there was just one group of guys playing a 5000 point escalation game.


Nate, an Eldar / black templar player, asked if I wanted to join his side.  I was looking for some fun so I agreed. He took out 1500 points and I slimmed down my list to 1500 and I deployed further back to signify that my troops were delayed in the battle. 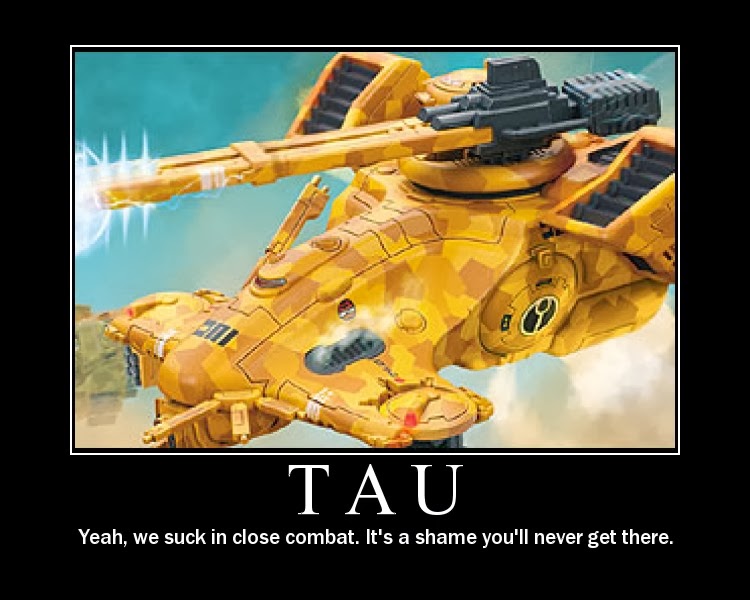 We were facing off against a Blood Angels, Tau, and Space Wolf army.  We had a new imperial Knight (proxied by a wraith knight) and they had a thunderhawk (proxied by a Stormraven).

First of all I see no problem with the Knight in a regular game.  the firepower is not that bad and the 6 hull points were stripped on turn 2 by their reserves.  The thunderhawk with the D weapon was awful.  They did change the rules for it but still it was bad.  I wish I hadn't taken out my broadsides with velosity trackers or my Aegis Defense line but what can you do?

The fun part for me was trying to navigate the river on the board which was dangerous terrain.  I think I lost half my fire warriors to that damn river. The others were distroyed by the D weapon and ran down in combat.  Yea! Tau close combat!

My commander was mauled by a Forgeworld Space Wolf special character that smashed me. The Riptide lasted till turn 5 with a shot from a enemy crisis suit.  He preformed well. I have learned that the 35 pt stimulant injector is well worth its points.

I forgot my pathfinders when laying out my army but I know I need to field 2 squads.   Hitting on 4's sucks with all this great firepower.

The game ended on turn 6 with us with 2 objectives to their 1.  For fun we played out the last turn with them tabling me and leaving my ally with 3 Templars.  It was a close race. Many firewarriors gave their lives for that win.

After the game they said that really the player base moved to Wed nights so I am going to switch game nite to Wed.  Hopefully I will get some more games in.  they seemed to be some good guys and helped me fit right in.  None of them seem to be hard core gamers so I think I will fit in nicely.