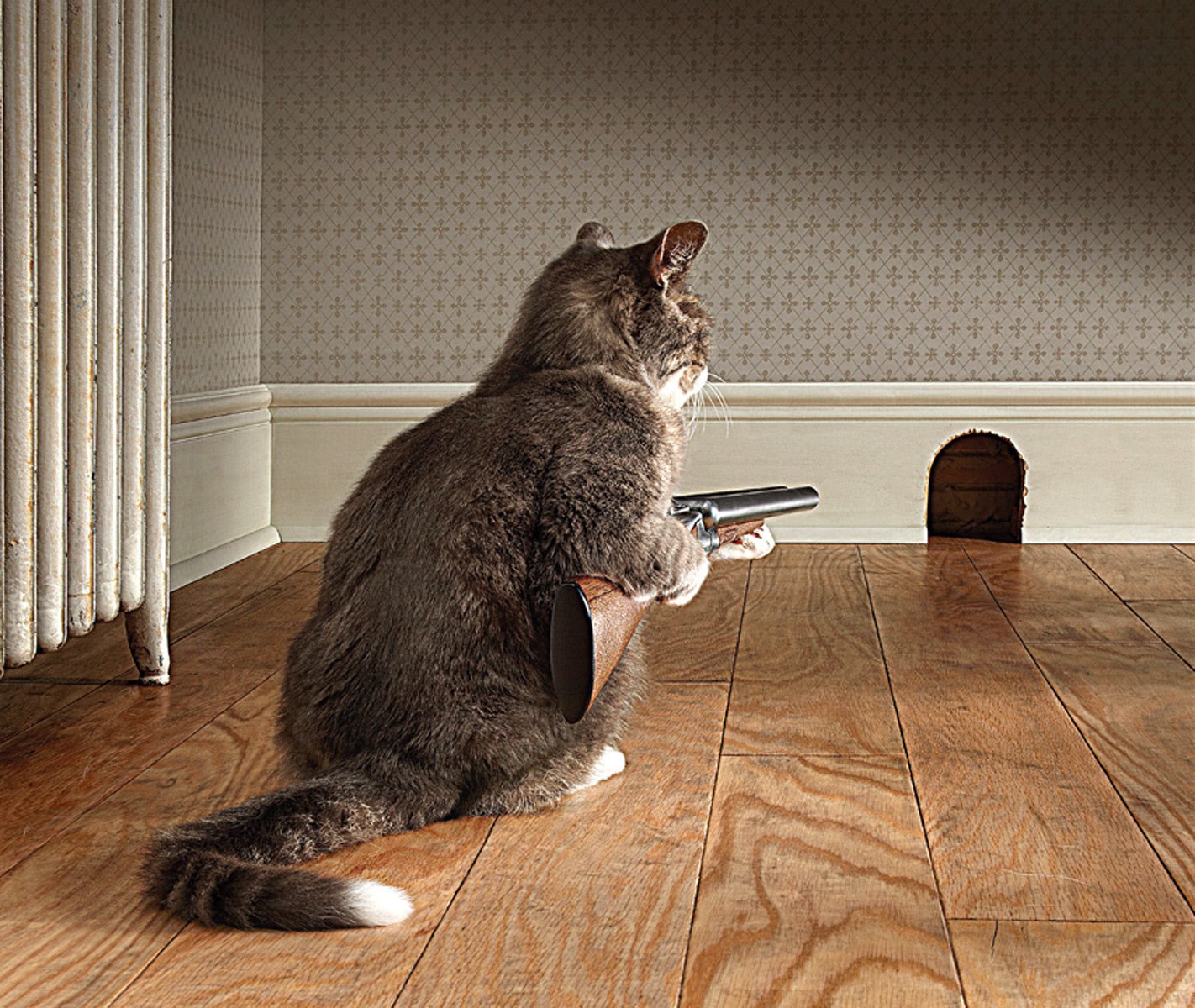 It was another shotgun style weekend.  My wife and I have worked on some Tyranids and some tau this weekend.  It is a great feeling having a partner in my hobby.  I welcome her help whenever she is willing to help out.


so off to the updates:

Tyrant Guard.
I painted up a guard and actually did some highlighting. 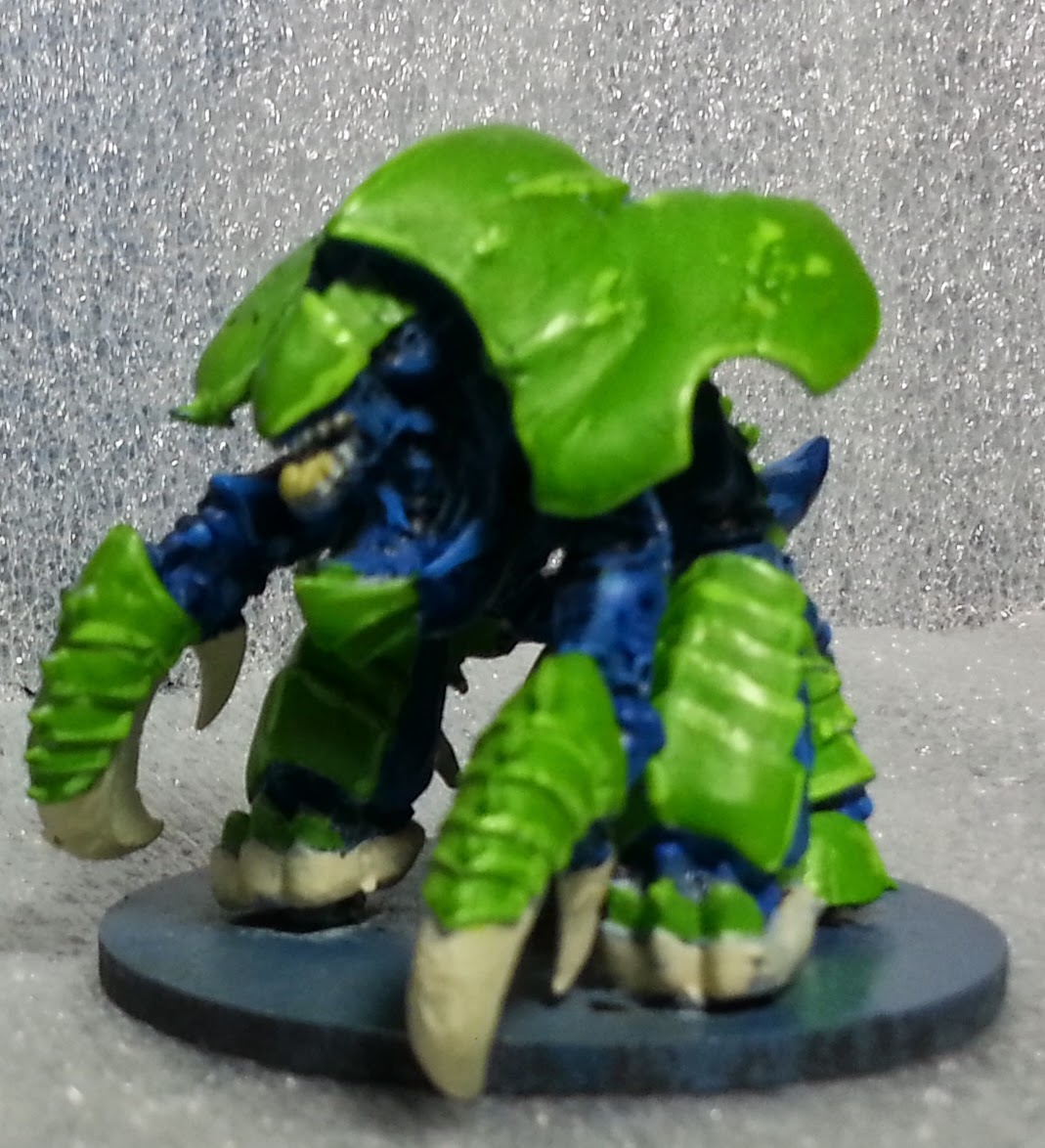 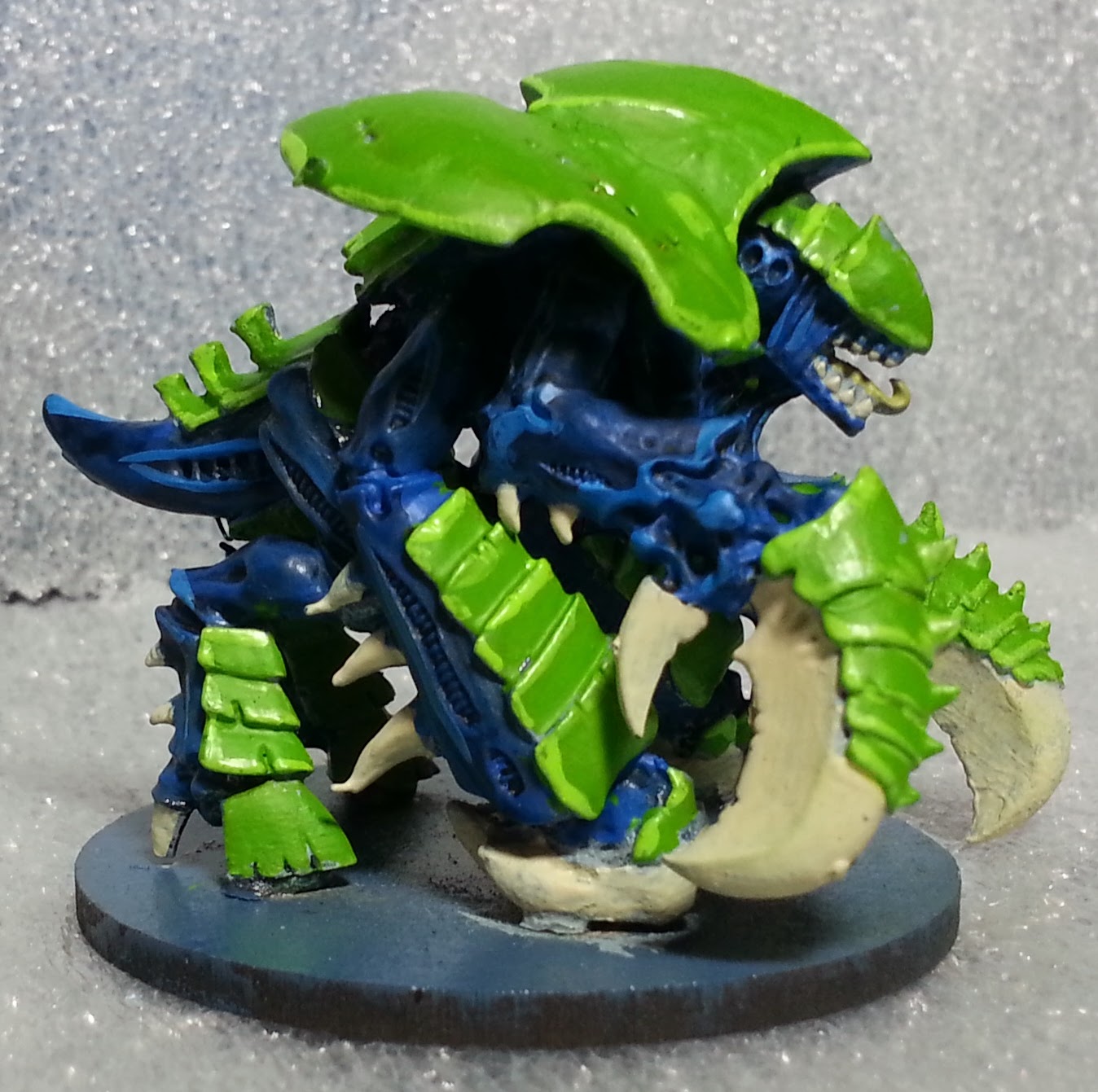 After this I laid down the celluclay for the base for all my Tyrant Guard. Now all they need is to dry, paint up the bases, and then flock them and he will be done. 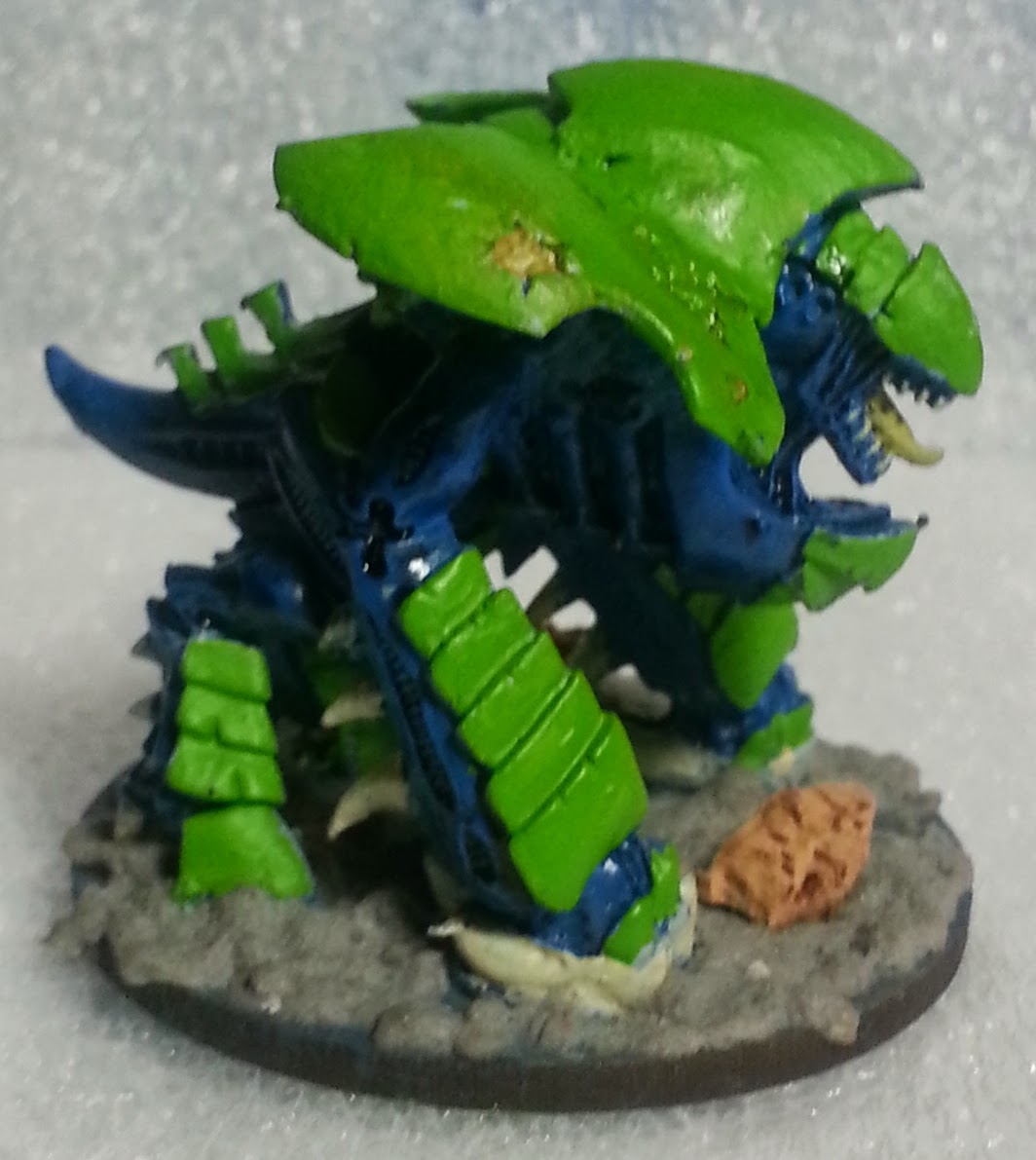 Hive Tyrants
While I was doing the Tyrant guard I worked on the bases of my new hive guard.


While updating my tyrant I decided that he needed a new coat of paint. I painted up my Devourers while my wife started to panting the wings. 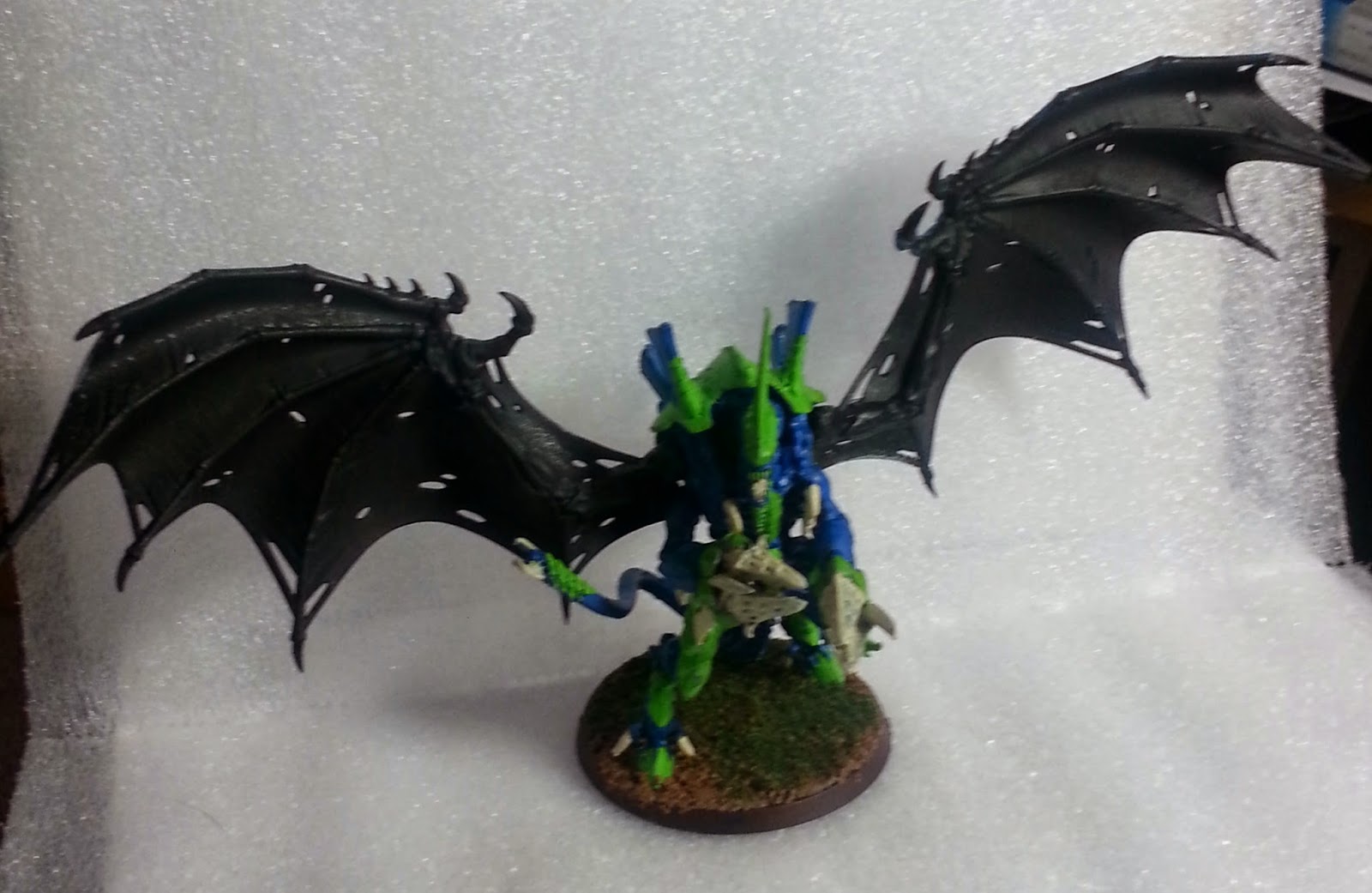 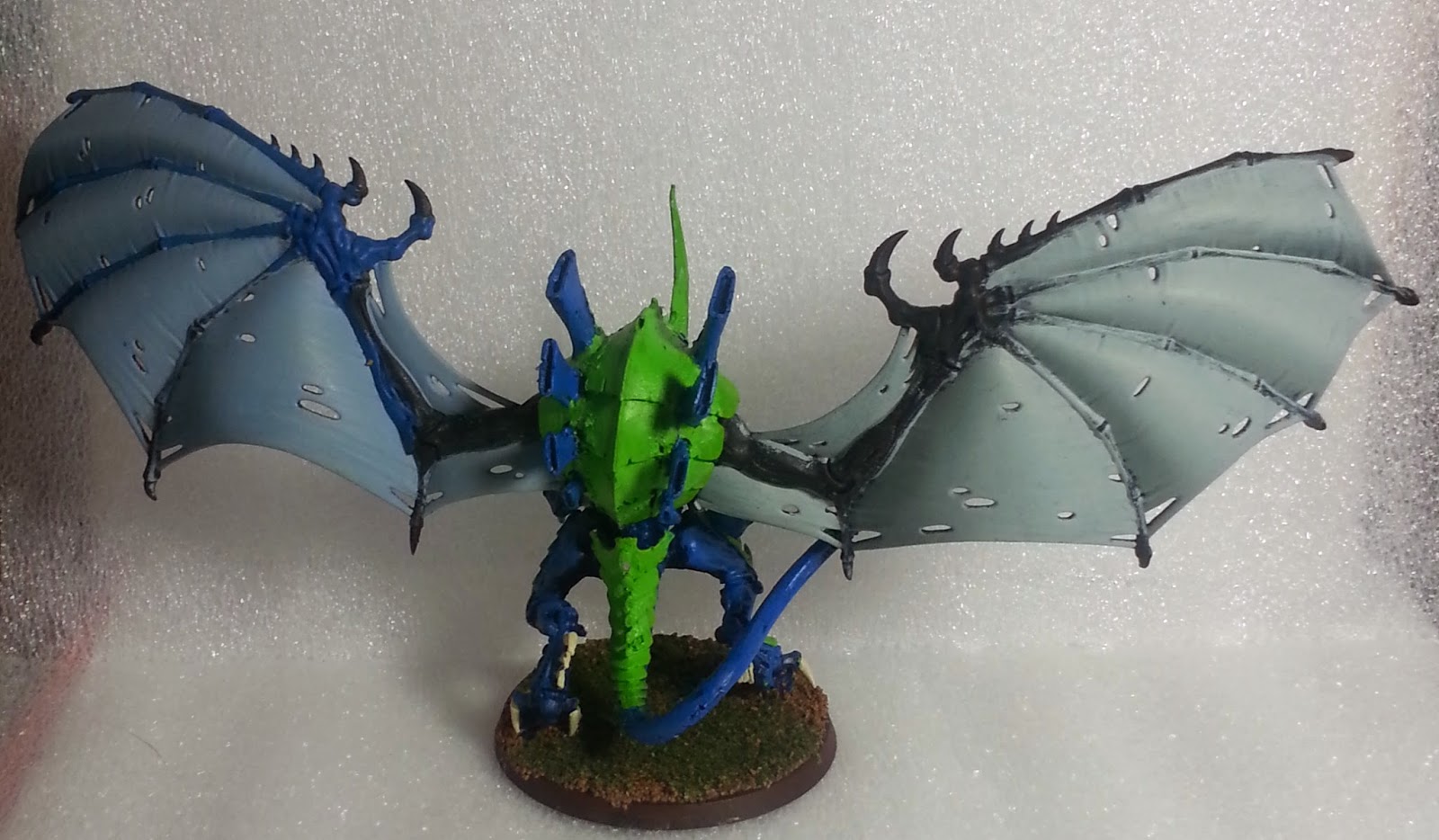 I am liking the way he is shaping up.

Tau Drones.
In my last game (sorry no battle report yet) I took a couple of marker drones.  I didn't have any of these so I decided to make some up. 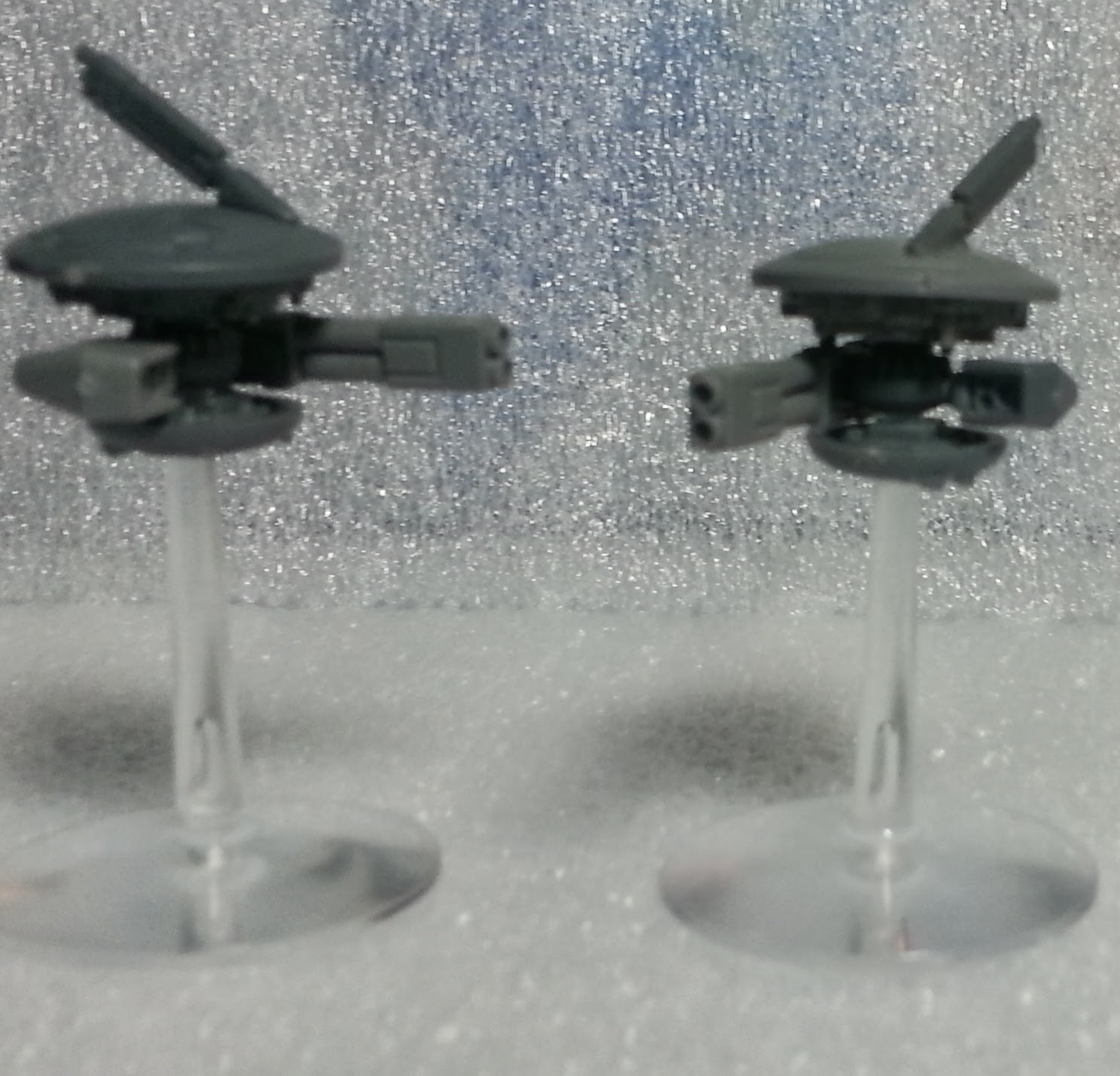 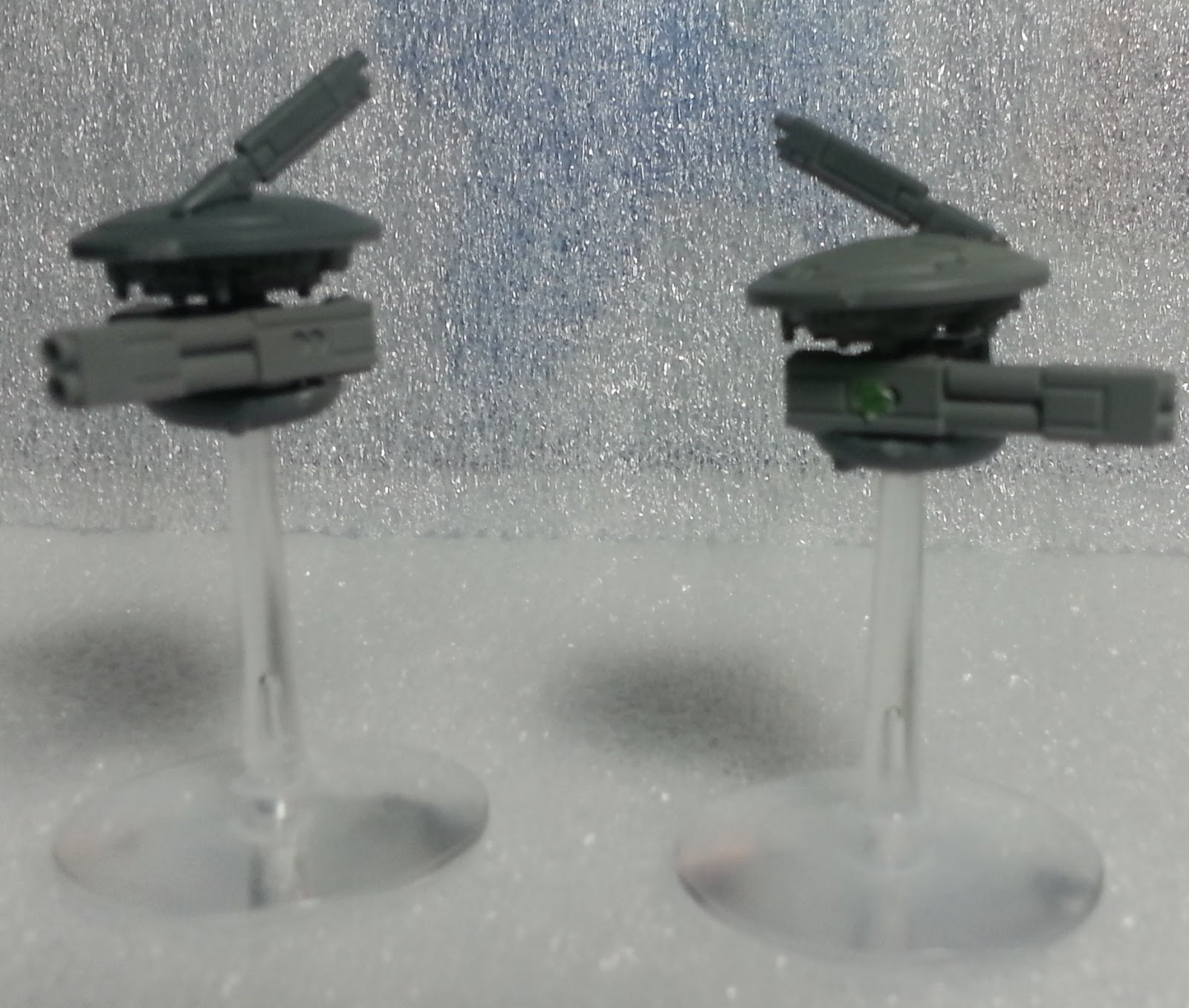 Her is a picture of forgeworld's marker drone.  They have a burst cannon which the profile does not support but over all I like mine and will be happy to paint em up and conquer the universe with.  For the greater good of course.

I also needed ot add Shadowsun's drones since I plan to use her some time.  I want to take her a a group of stealth suits. Just for fun. 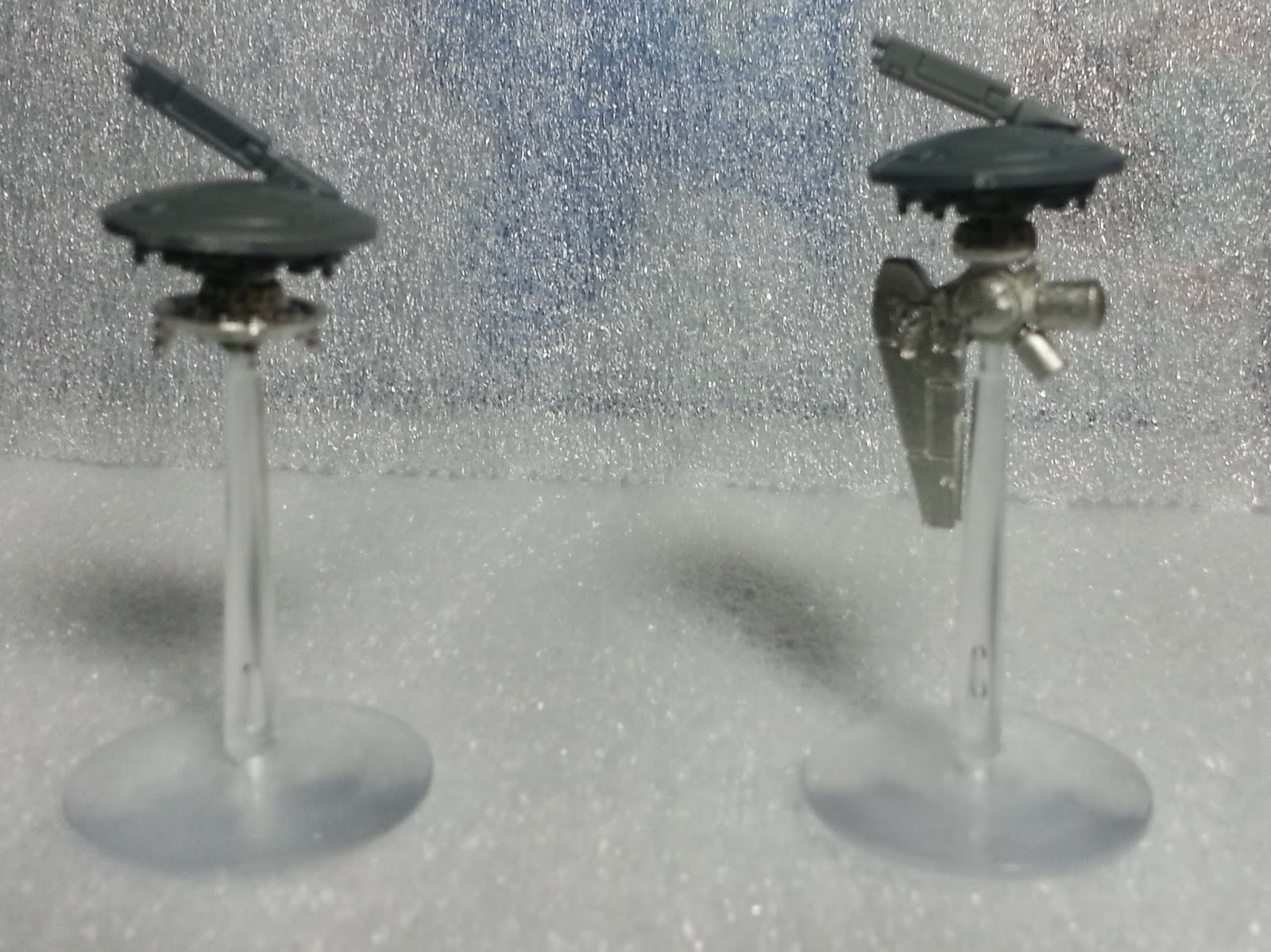 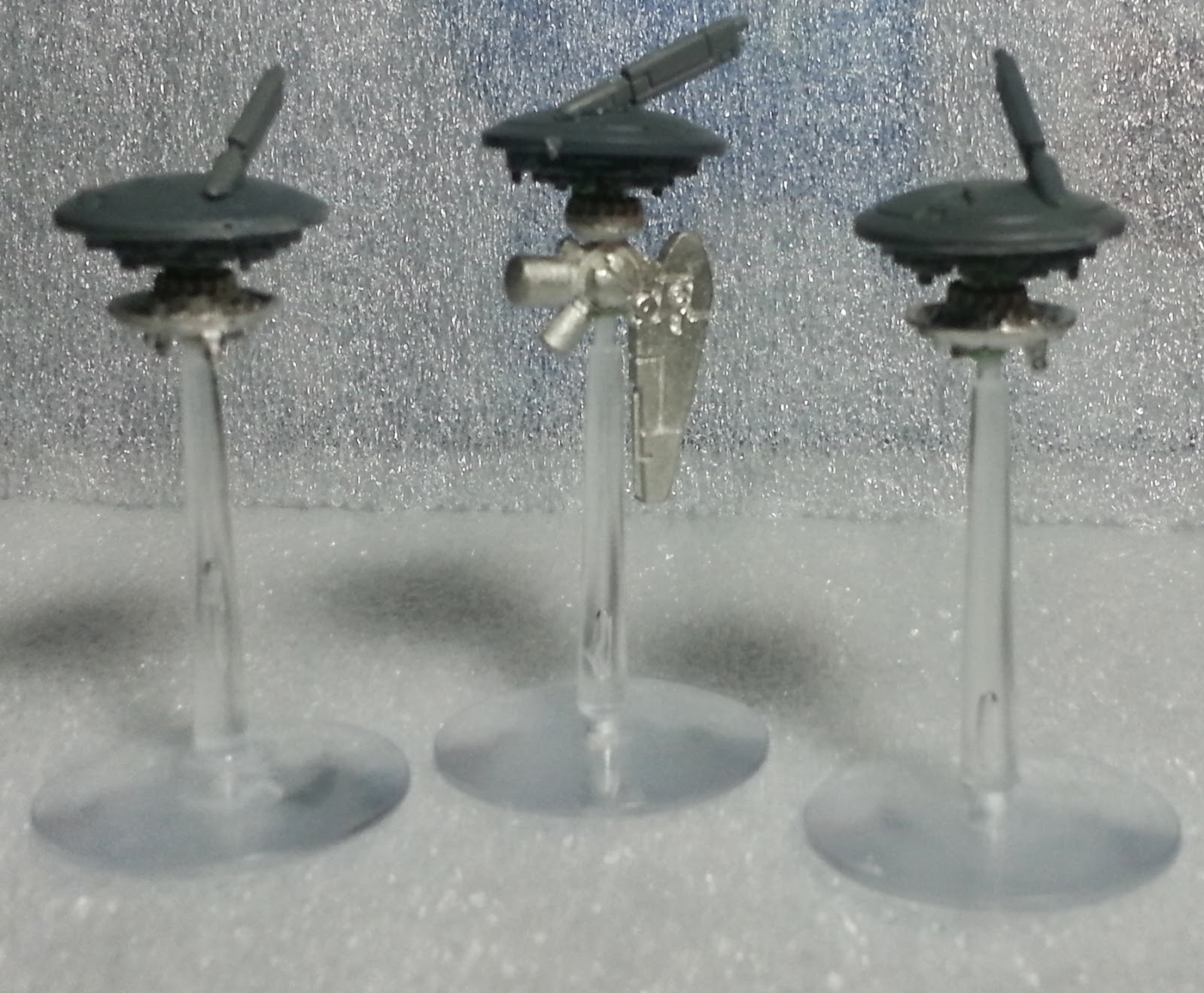 Tau Broadside.
Next I had a Forgeworld broadside that was broken.  He needed his legs reattached as well as new ankles made.  The first part was to reattach the legs.  Then I drilled holes in the leggs and added some pins. 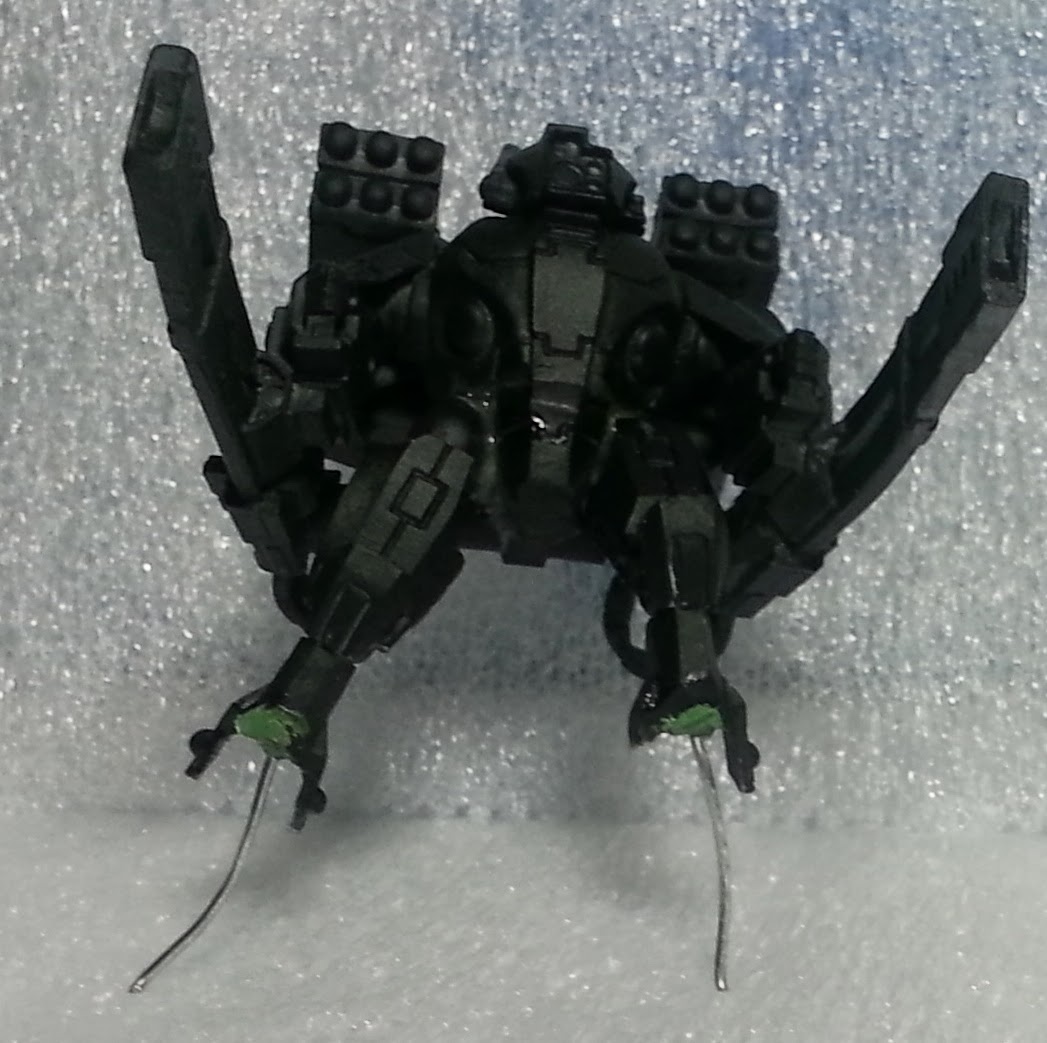 finally I drilled hole in the feet and inserted the pins.  I need to clean up the green stuff around the ankles but he is in a playable state.  Cheer! 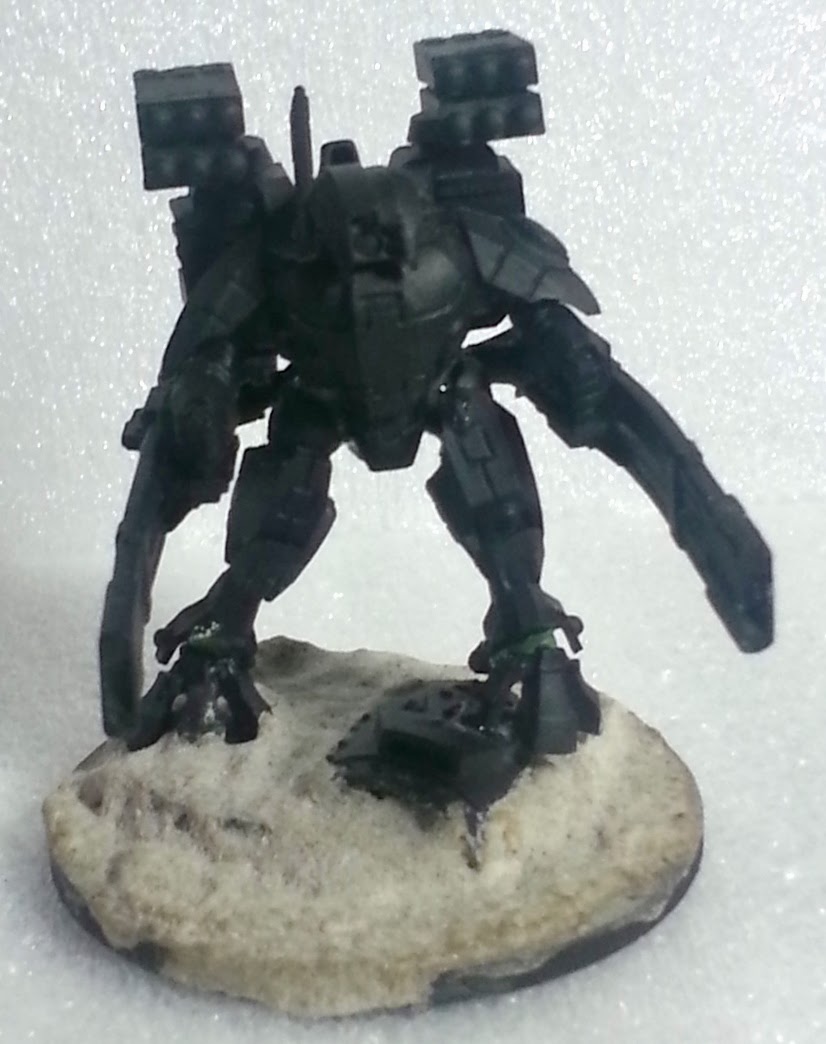 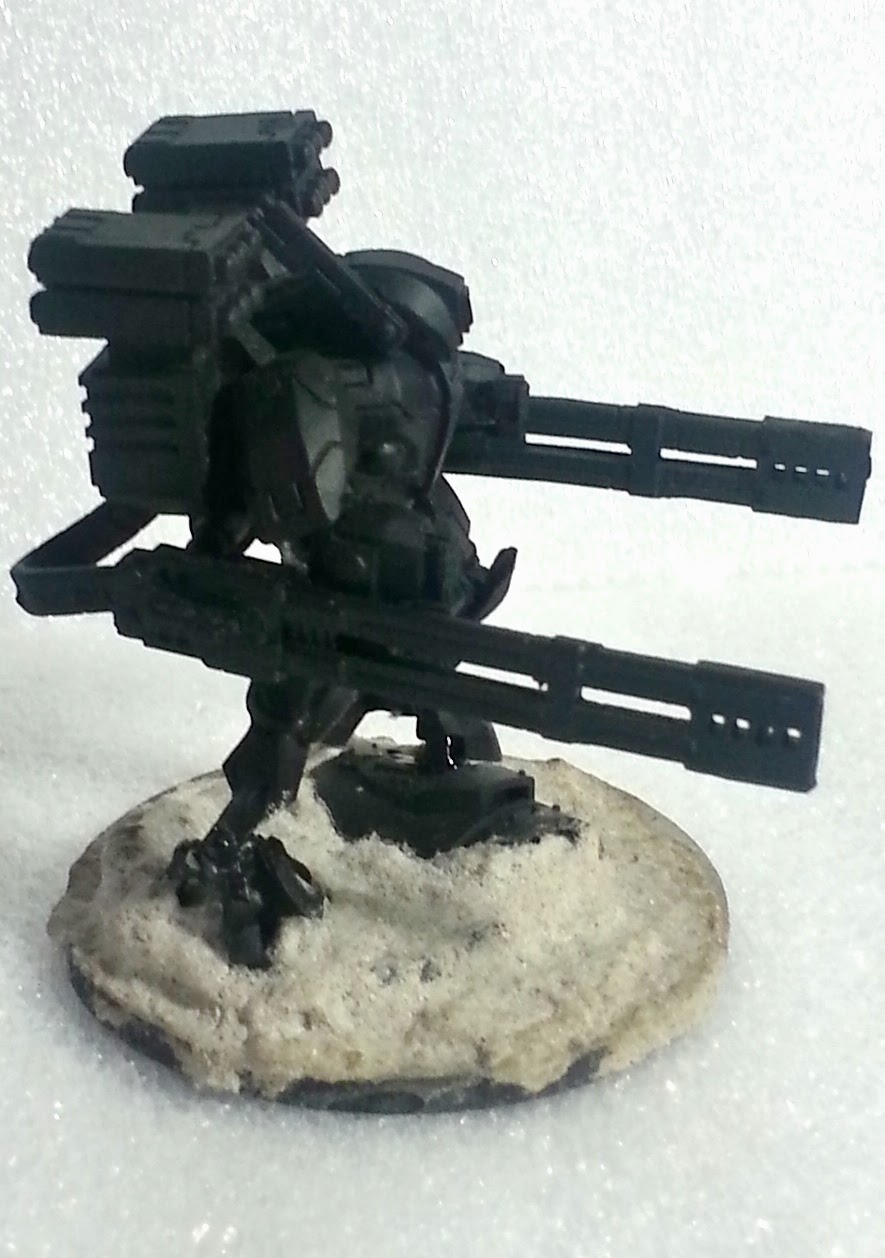 Harpy / Crone
The last thing I worked on this weekend was my Harpy / Crone model I needed to get the arms magnetized so my opponents knew what I was fielding.  I Also added some magnets to the stand so he stays on it when moving him around. 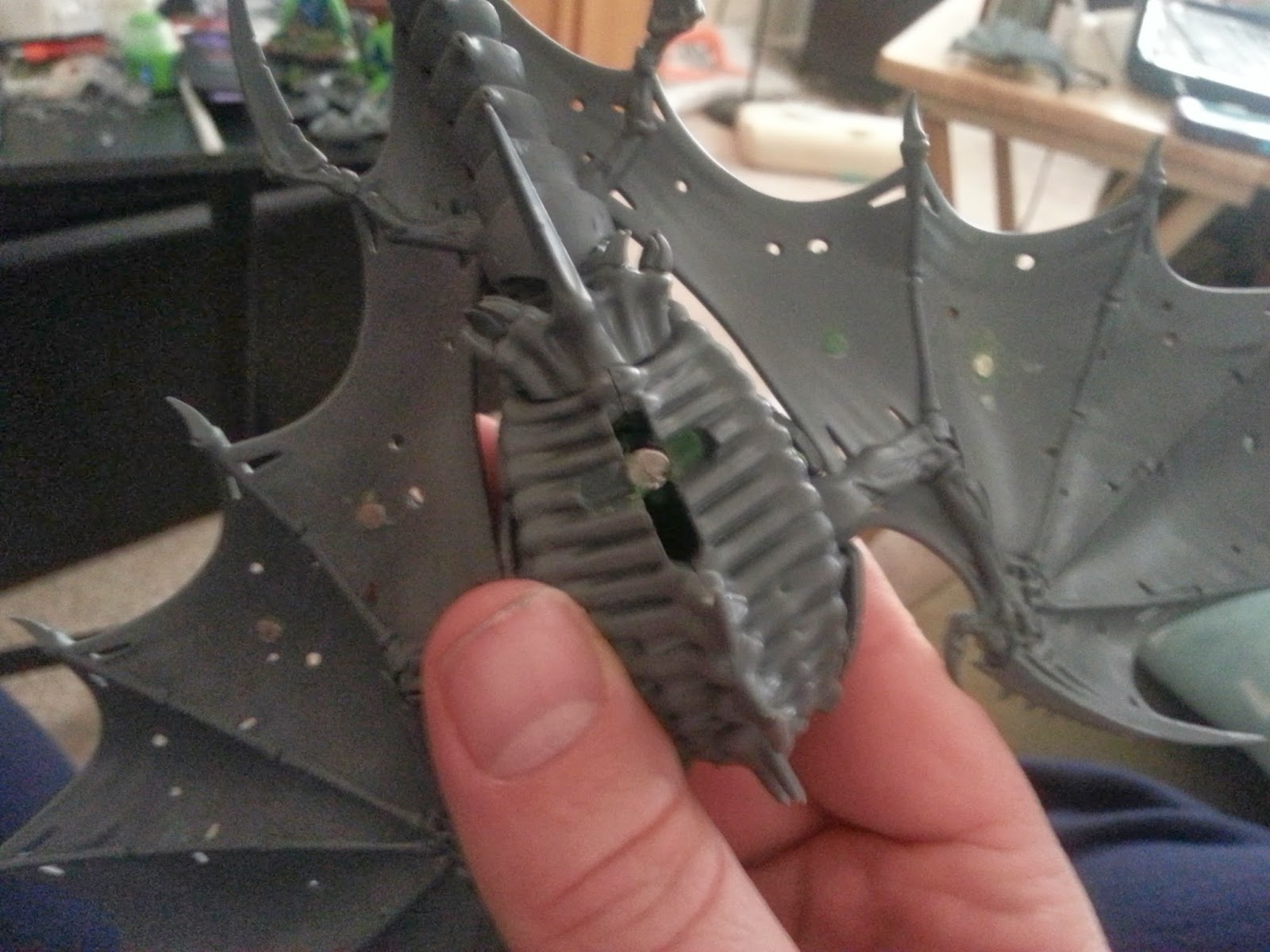 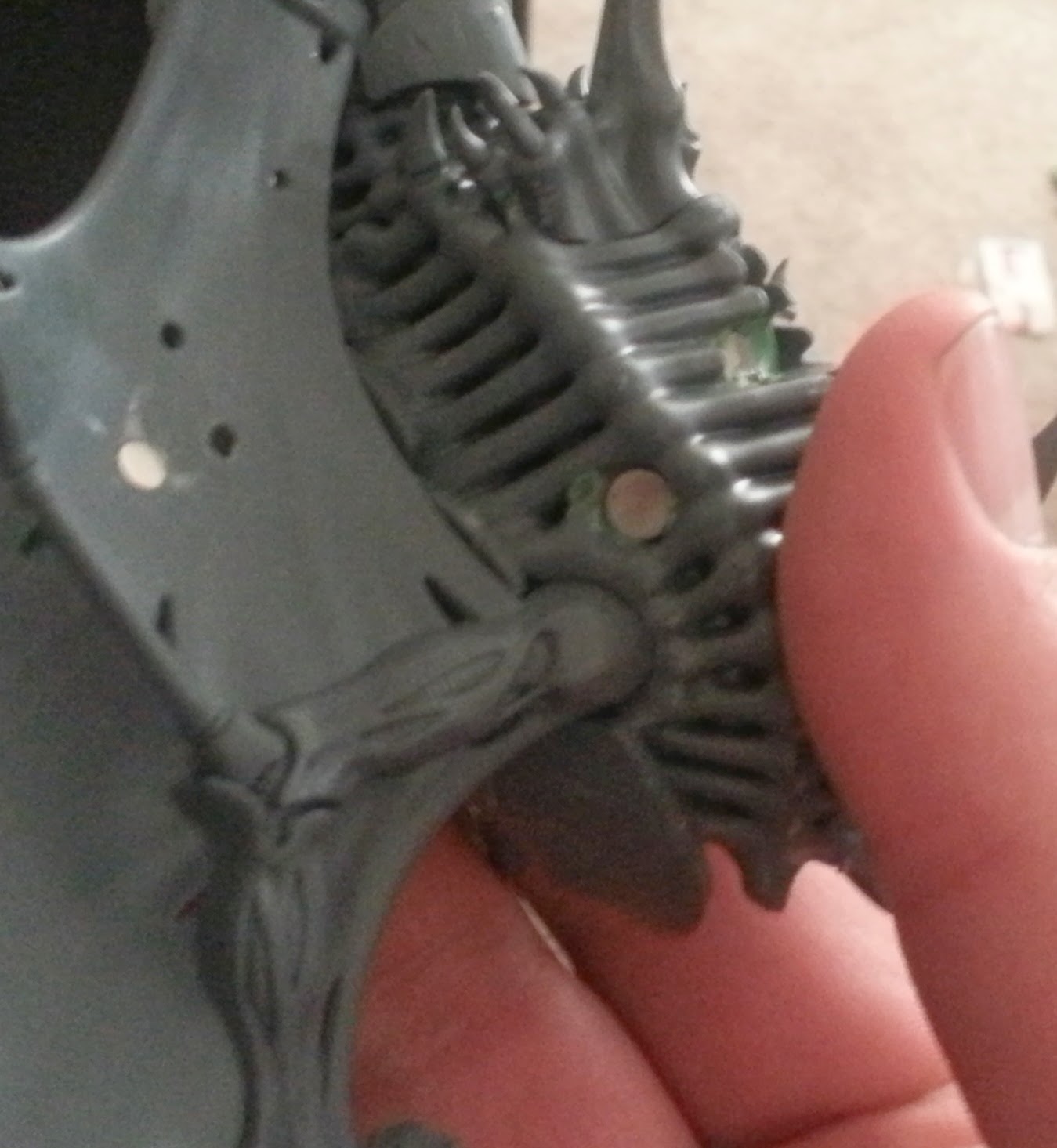 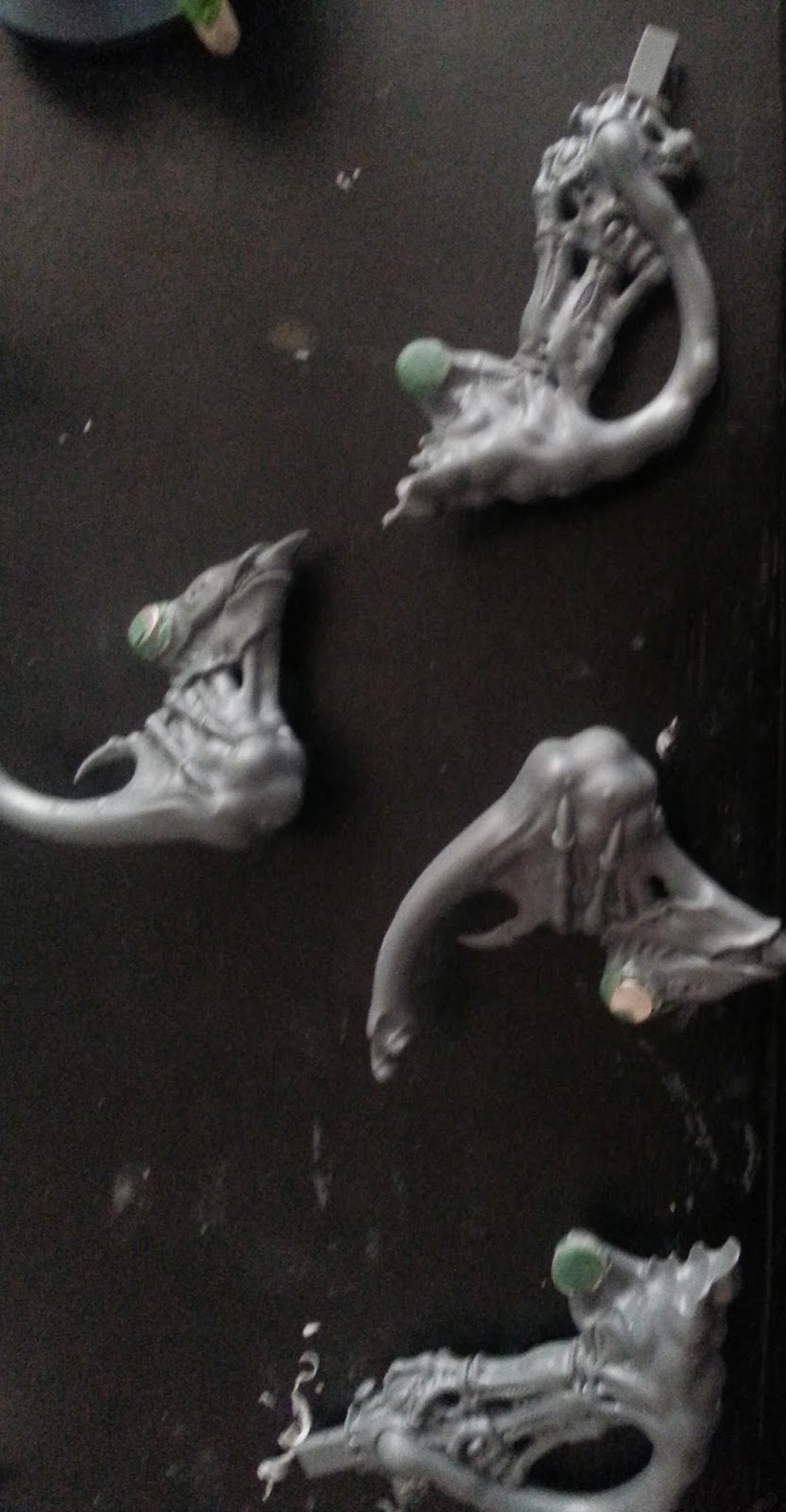 Over all I am content with the outcome.  I am disapointed in the arms for the crone.  I just can't seam to figure out hos to set the magnet so the tube runs to the chest.  I might look on ebay for some cheep arms and try again.  What I have now works so I don't want to mat it worse.

Whew.  That's all for now... I did get in a game last week and got photos but haven't taken the time to write a report.  I will try to do that soon.  Until then...