Just when I thought I was out...


After a few games with two tervigons I was sorely aware that I needed a bunch more termagants. So I have been stalking them on the evil ebay site looking for a good deal.  If I bought them new you can get 12 for $29 or 5 for $10. So I was looking for a better deal than $2 a model. 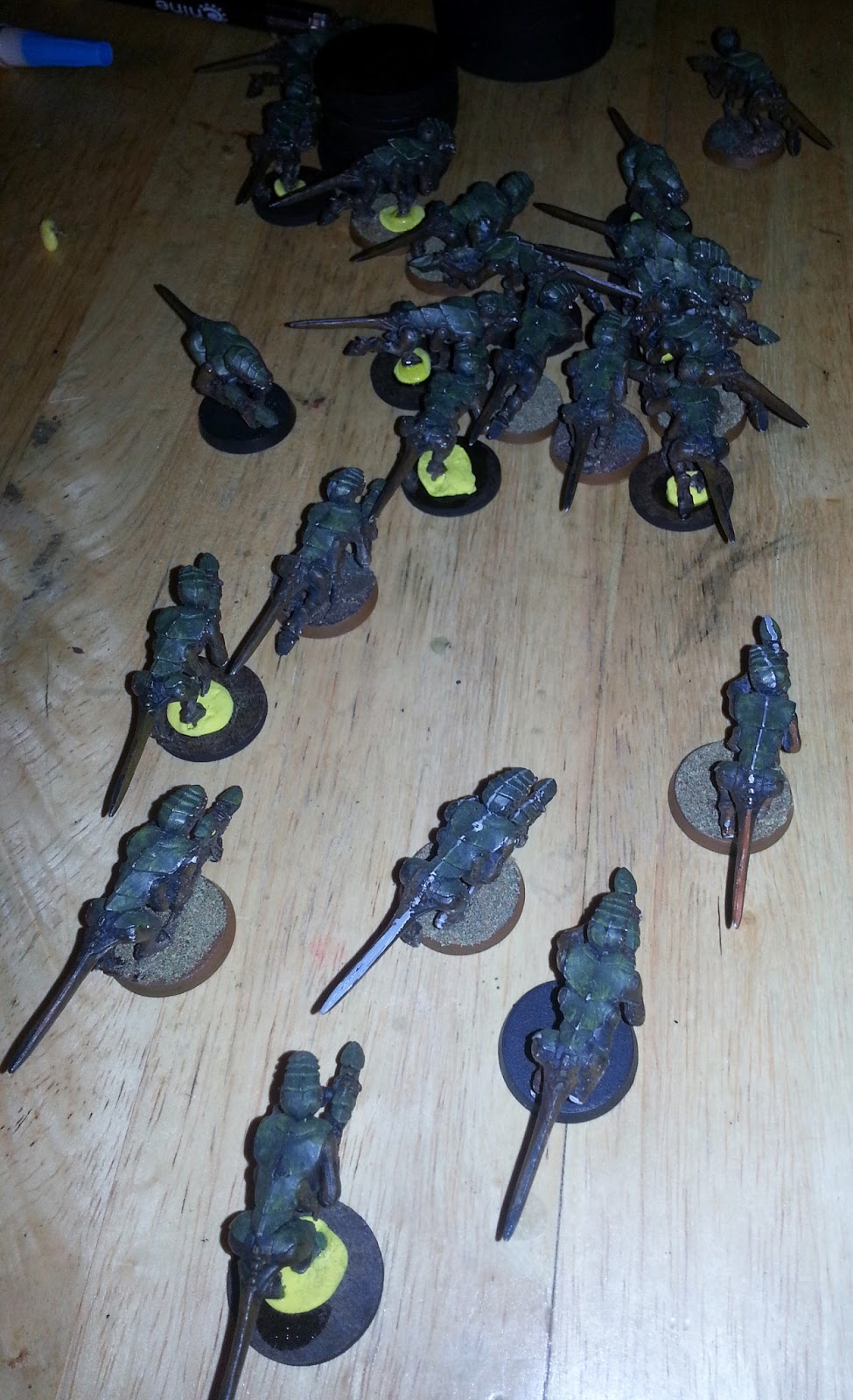 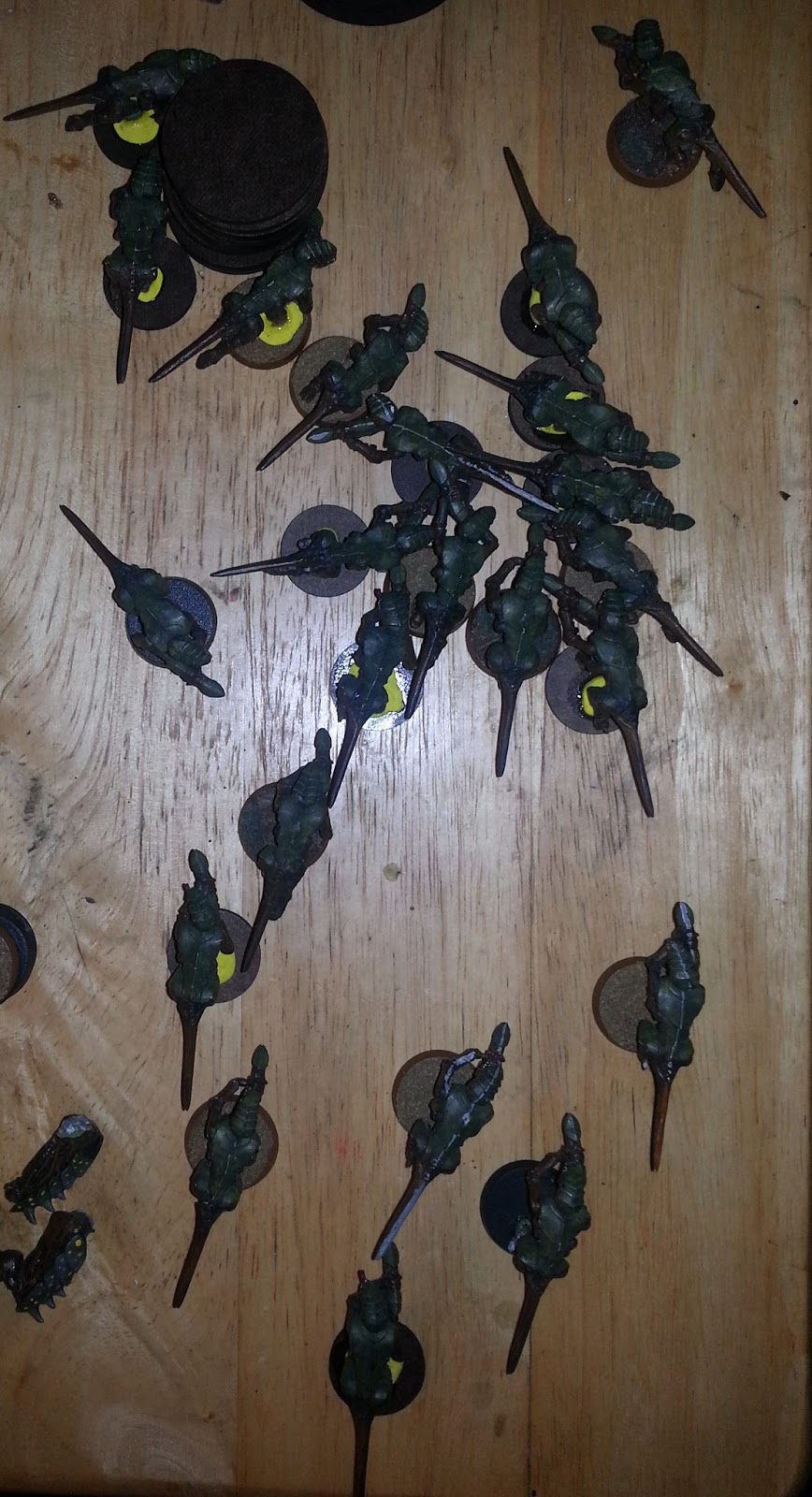 24 termaguants that needed some love. A ripper swarm, several spore mines and a carifex leg. All this for 28 after shipping. With this, I have a bunch of guys to paint along with my swarmlord and my official GW tervigon.

On top of this I have 12 or so termagants that had spine fists on them.  I have ripped these off so I can add some devourers so I can be wysiwyg with them.

I had my fun with the Tau.  I got my new commander nearly finished but this year is the year of the Bug so I am putting the mechs away and diving back into the world of nom nom nom.