I was looking at my list for the Shorehammer Highlander coming in less that 19 days and felt that it was missing a little more umph!  I usually run a squad of two shokkjump dragstas (only because I don't have 3) in my ork armies for a bit of anti-tank shooting.  Seeing this is the highlander, I needed to look for another way to do this.  In comes the Megatrak Scrapjet.

Reading some of the forums, they say the scrapjet is better than the dragsta.  So before we getting into which I like better I think I need to do a breakdown on each. 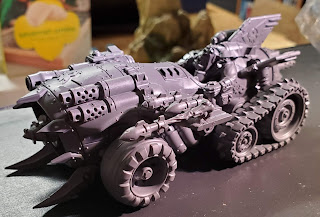 The MS has a rokkit cannon that fires 2D3 shots with a standard rokkit profile of S8 AP -2 D3 damage, a wing rocket that fires one rokkit and finishes with two six shot twin big shootas that are S5 AP0 D1. He moves at 10" and is T7.  His BS is the normal ork 5+ except for on of the big shootas and the wing rokkit which are 4+ (the rokkit only gets this if the target is a vehicle).  In melee he does mortal wounds on the charge on a 4+ and has a weapon that is S+2 AP-2 D1-3 (I never can figure out how to write that.)  Over all it is a pretty good medium range unit.  He is pretty durable and can do some work in close combat. 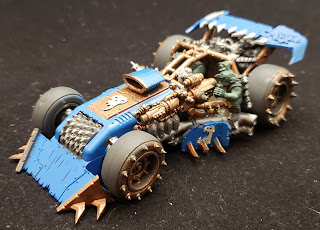 The SD has less guns than the MS.  It has a shokk rifle that has two S8 AP-3 D1-6 shots.   It also has a rokkit. While this is fewer shots, the rifle hits on 3+ which is crazy for an ork. It moves 14" and has a rule when it advances if you get 4+ you can remove the SD and place anywhere on the board at least 9" away from a enemy model. The SD melee is not great but it can do some damage with S+1 AP-1 D1. 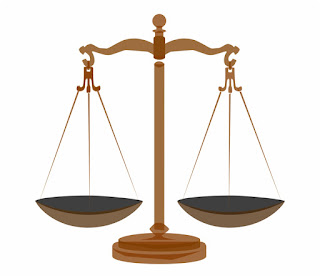 Looking at each I can see advantages that each posses.  The MS will have a chance to get more shots with the rokkit cannon that the DS shokk rifle but the 3+ vs the 5+ I think evens that out.  Sure hot dice can make it awesome but most of the time you will get 3-4 shots.  The rifle wi always get 2 shots but with the better ballistic skill has a better chance to hit.  Also the higher ap and the potential for more damage is nice (though I prefer the straight D3 over the random damage.) The quickness of the dragsta is also a boost making it easier to get into range. The wing rokkit on the MS is better than the DS and the extra big shoota shots are just icing.  The MS is better in combat but I am taking these for range so I don't usually want them in combat.

I almost exclusively run Deathskulls so this changes a little bit of the equation.  The reroll of a hit,wound, and damage is a great boon for the SD. The limited shots means the reroll is helpful when you roll that 1 or 2 to hit.  This helps the MS but not as much since you still need a 5 to hit on the second roll.  The reroll to wound is the same for each but the reroll damage is nice when you roll a low number for damage on the rifle shot.  Again the MS likes the damage reroll in melee but it is not the main roll I field these units.

The last bit of comparison is the SD's ability to jump and deepstrike when advancing.  While it is situational I have used it in several games to snipe a character or get to an objective and won me the game.  While it is not a regular occurrence, it still is a factor and I felt like I need to mention it.

Overall, Both units have their advantages and disadvantages.  Needless to say, I am building my first MS so I can use it in the highlander. Unless I get some good hobby time, I will be up late friday, painting it up before the big game. Wish me luck!