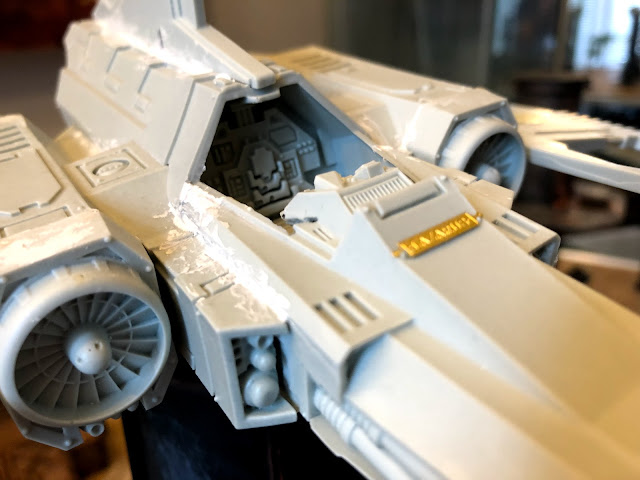 Hail The Emperor in his Glory!

My Black Templars recently received a supply run (the first and last they are likely to receive in a long, long time) and fortunately anti-tank weaponry was included! The Xiphon is the first major anti-tank vehicle (and first major vehicle, sans my poor contemptor dread). Having played several games against my friend's Space Wolf version (it crushed my Templar's land raider mercilessly) and run a practice game with a stand in, it fills a definite hole in the list. I also splurged on the brass ornamentation and thus they look REALLY black templar-y. 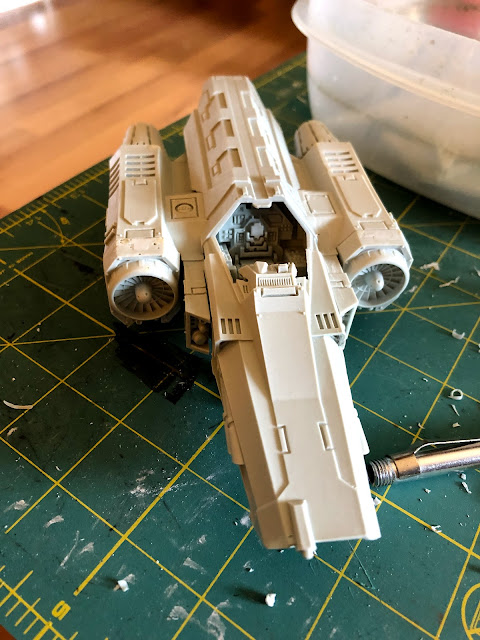 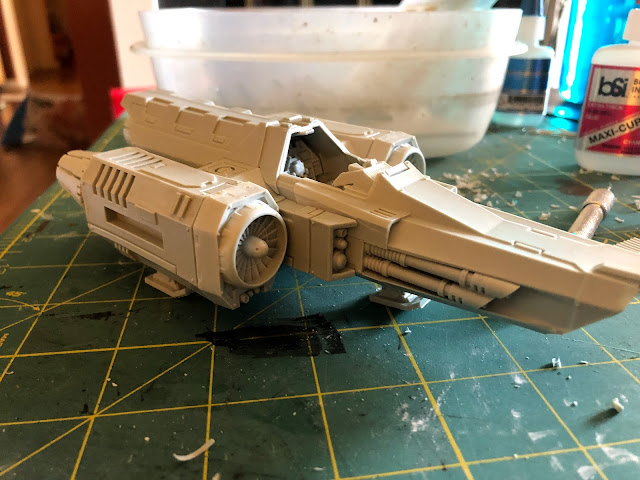 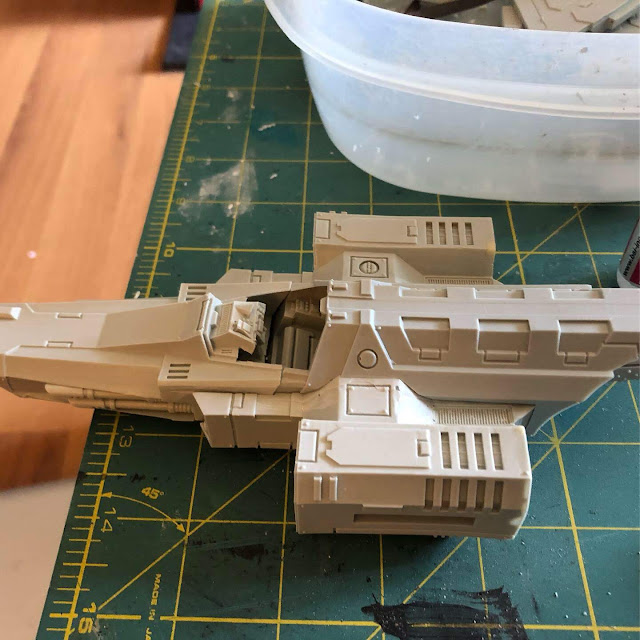 I kept the landing gear down because a.) I can paint more interesting details and b.) it can be one expensive piece of scenery in my future imagined city board landing port. (I can dream!) 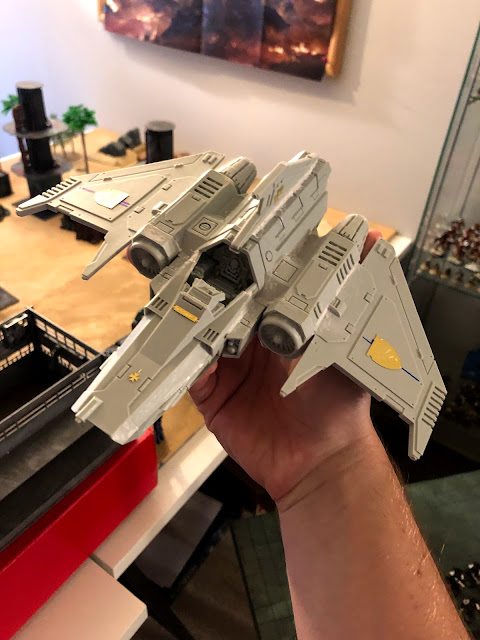 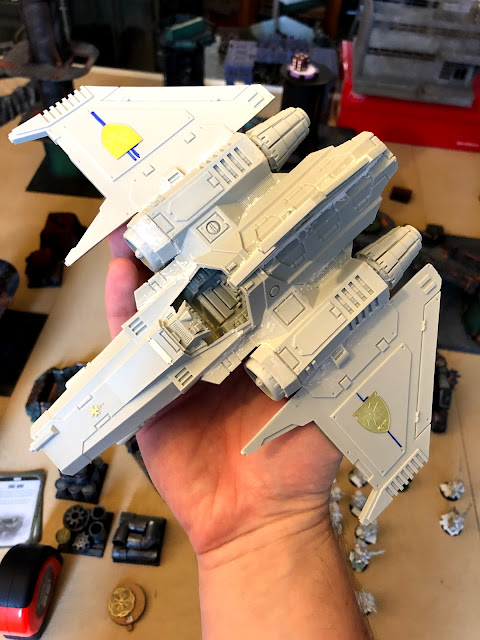 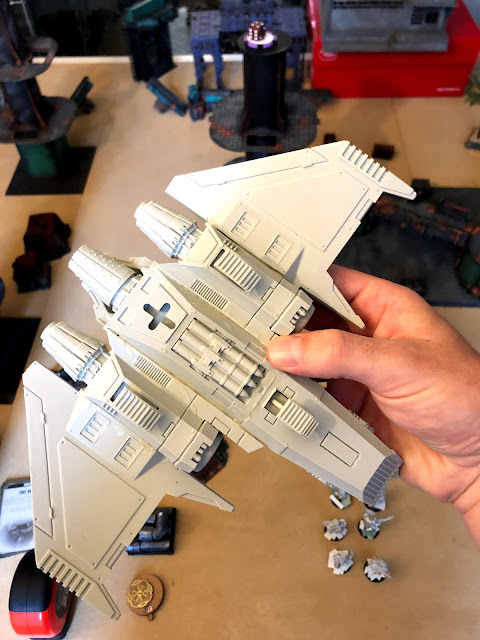 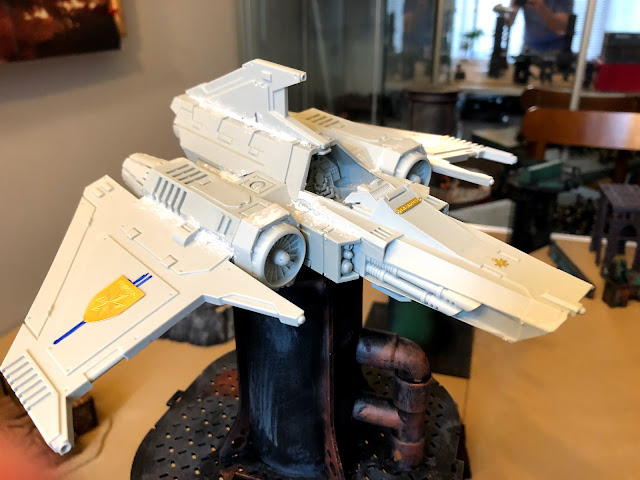 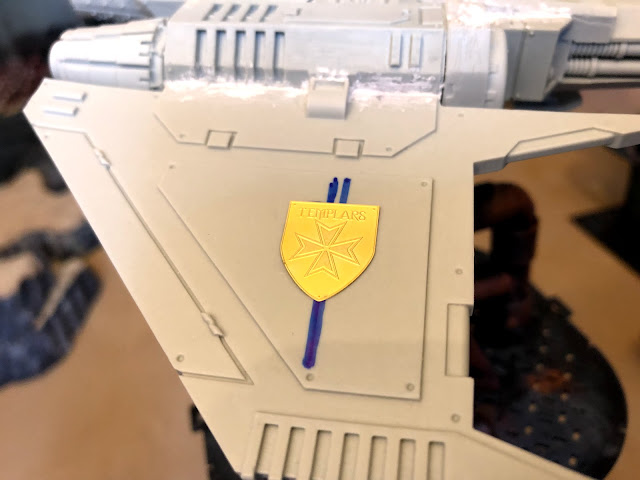 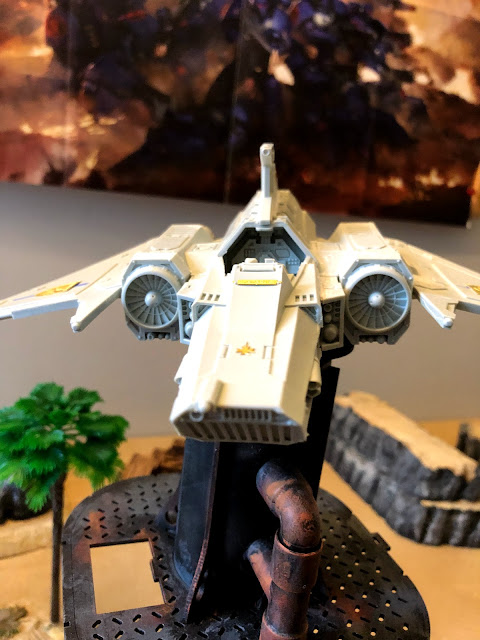 So just a few more comments...