As usual, hobby ADD has struck, and while I was waiting for things on the martian board to move along (read, I haven't bought any sand, so I can't sand the board, also I need glue - where is my shopping list?), so I decided to get to work on this monster.

A few days a huge package came in the mail! 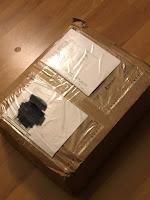 Yes - I was excited. Soon a delicious smell of burning mdf filled the room.

What is it, you ask? A Promethium Rig from a Kickstarter run by Wargame Model Mods, a British Company.

The focus of the kickstarter was to allow the founder to source sufficiently strong tubes to support a variety of projects. As with most MDF terrain, it is simple to build cube or rectangular shapes, but more organic shapes are difficult to form.


So I bit the bullet (WHY? WHERE WILL I PUT IT?) in order to build THIS. It's absolutely the coolest thing and something I've always wanted to build.  Also I did manage to avoid buying other mdf terrain, which he has a wide variety of (and looks pretty awesome. I can say I've played on some of his terrain at one of the two clubs I play at, and they're quite intricate and detailed.

Also, it's way cheaper than doing the same thing with the necromunda/sector mechanicum plastic terrain from Games Workshop. 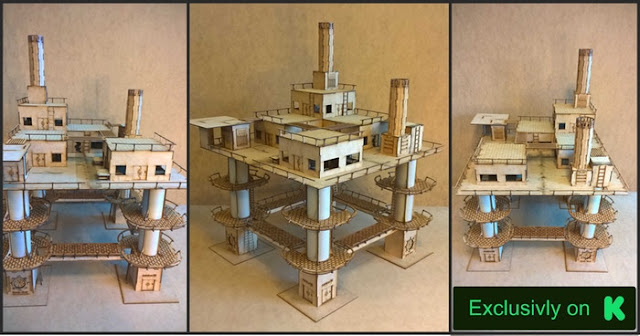 Anyways, this is the first part of the build log. I started with the substantial directions (Yay printed, non PDF hidden on a website directions!) 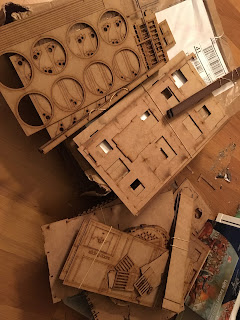 The pile as it started, then I spent the evening focusing on the tower pieces. 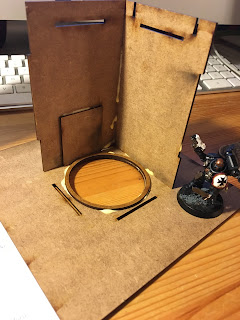 Lesson learned - build as a group of four, THEN glue to bottom support. Also, don't forget ring first (why is it there? It doesn't block the bottom!) 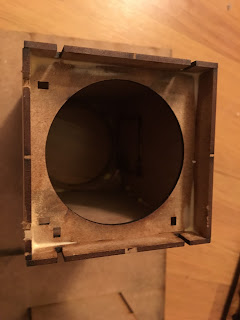 Notice Blockade NOT reading / understanding the part about making sure the notches on the sides match the notches on the top piece. So instead of trying to pull the whole thing apart, I pulled out my flexible hand saw and just cut new ones. I may have to trim other pieces later, but learned from the first two for the second two. 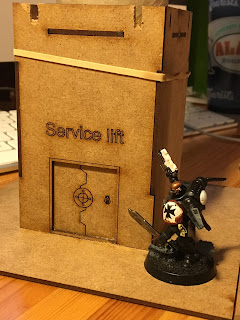 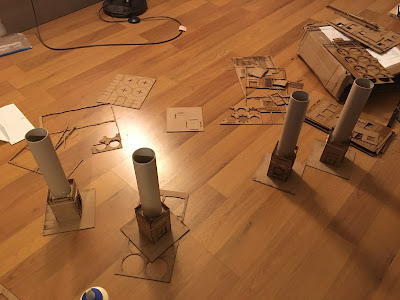 Thoughts? Comments? Hopes for the Future?

*Disclaimer - Not Provided as a freebie for review, etc, etc, etc. Nor do I have any other connection with the company**