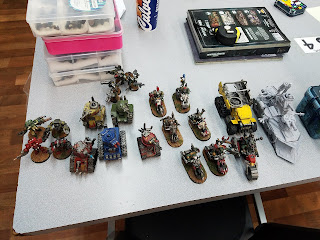 Last week I got another game of 8th in at my local game store.  While I love my bugs, my orks were itching for a fight (when aren't they?) So I put together a list, including the new grot mega tank(GMT) and got ready to throw down. 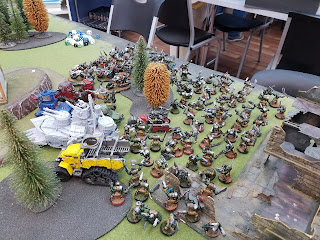 This week I faced an imperial fist army.  It was well painted.  It had whatever named character they have (?Lysander?), several terminators, a landraider, a squad of assault centurions, a thunderfire cannon, a librarian, and various tactical marines with razorbacks and rhinos.  I was really worried about the landraider and centuions.  The landraider could sit back and fire its four lascannons at my grot tanks all day and centurions always scare me.  At least they were assault centurions meaning they had to come to me before wrecking face. 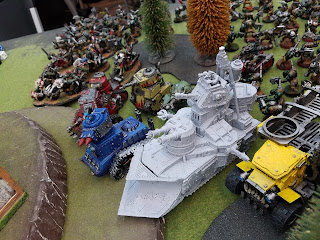 My list was led by my big mek on bike with Kustom Force Field (KFF).  Followed by a warboss and a painboy both on bikes, a nob squad on bikes, a squad of mega nobs in a truck, a normal squad of nobs, the GMT, five grot tanks, and finally three squads of thirty boys. 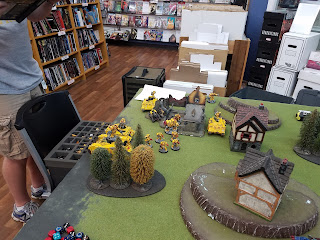 I like the grot tanks this edition. After one volley with the grot tanks my opponent knew he had to bring them down.  With four tanks and a commander they have six shots with rokkits.  This was enough to take out most of his terminators. The new AP really helps out my rokkits.These little guys are awesome. 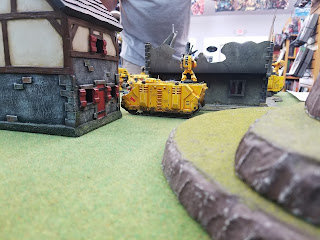 The GMT did its job soaking up fire.  I had the mek with KFF next to him all game which lead to some amazing saves making three out of four saves vs his landraider's lascannons.  Shooting wise he did ok when he got to shoot.  On two of my turns, I rolled a one on its munity check and could not fire for a turn looking back this would have been a nice time for a command point reroll. Oh well. 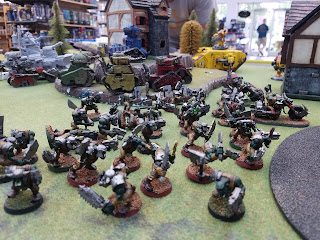 The biggest error of the game my opponent did was when my opponent brought his landraider right up to my big squad of boys. By my turn two, I was able to tie it up so it couldn't fire.  Later in the game, I did finally destroy it with the mega nobs.  I think he should have kept it back and fired at will but I am not complaining. 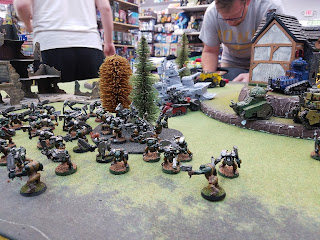 I do need to remember to roll the wound ignoring rolls that the aura that the painboy gives to my units. This at least give my boys a fighting chance against anything with an AP value.  Once the boys got stuck in, they had to kill almost the whole unit to move on to juicer targets.  The painboy really helped out keeping them there when I remembered to roll for it. 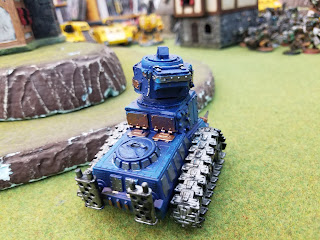 The plain nobs sat in my deployment zone hoping to last the whole game.  We were playing Konor week two and the defender got point for having units in their deployment zone.  I brought them because I needed something to fill in points for my three mek guns.  I remembered the guns but not the grots to go with them. I felt like an idiot.  I had the nobs and they got me a point so all is well. 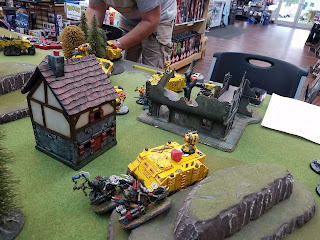 In the end, bad rolling and my tar pitting kept my opponent away from my deployment zone.  I won the day 13 - 8. My boys had a good fight and I had a good time.  In the end that is what counts! 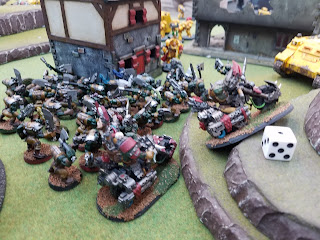 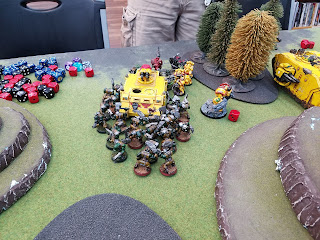 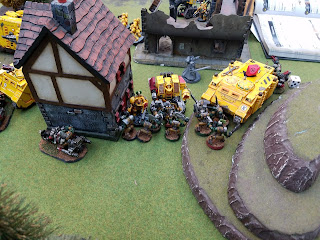