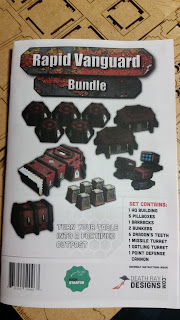 Last post, I said I was almost finished with my Patriach.  This means instead of finishing him, I should start a new project. I am calling it The Great Terrain Project of 2016. Back in March I backed Death Ray Design's Rapid Vanguard Terrain Kickstarter.  Well last week, it came in. I was so excited that I decided to put everything on hold and start assembling.

First up I built one of the dragon teeth  pylons. 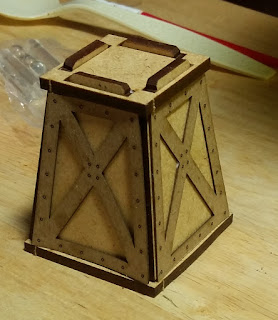 When I supported the campaign, I wondered how they got the details on all the pieces. I never saw the unpainted versions so I didn't see the thin sheet of details that you add on at the end. I like the little touches this way all the deatils are not just etched lines, there is actual depth. 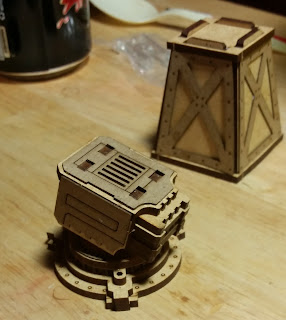 After a couple of pylons I decided to assemble the missile turret. I love this little guy but I don't know what I can use it as in the game.  I can figure that out later. 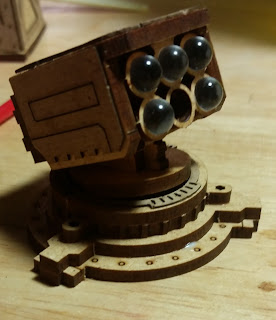 I did find the plastic parts fit really tight.  Looking at the one I built and their completed turret I see I didn't push the balls in far enough. Also, I have either lost one or didn't get a full set. 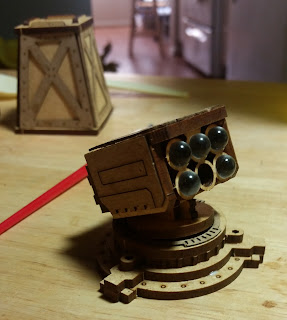 I want to see how they look with some paint on them before I make any drastic moves. 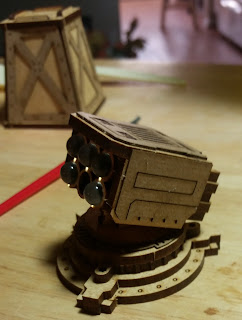 Now that I had a few pieces under my belt, I pushed forward and finished up the remaining pylons and the Gatling turret. 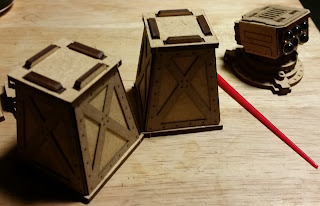 With all these small guys done I decided I would step up my game and build one of the pillboxes. These guys look to be the size of GW's Vengeance Weapons Battery without the guns.

As you can see the included turrets will fit in the ring on top.  I didn't have any of the GW turrets to test out but I am thinking they just might fit.  I wish they had the same detail as the turrets do on the ring.  I guess beggars can't be chooses though. 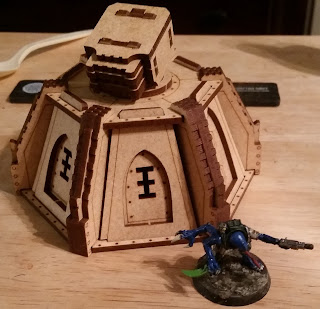 With the pillbox done I thought I would test paint one of the Dragon Teeth. I am not sure if this is the final paint scheme.  I think the grey blends to much into the silver.  I might use a brighter silver or a darker grey. Over all I like the end results. 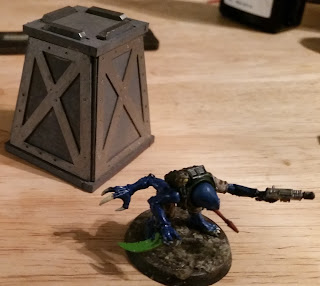 I look forward to assembling the rest.  It will be nice to have a set of terrain in case I ever want to have someone over. Heck if I move who know where I will get in a game.

Questions? Comments? Hobby times?
Posted by Grenn Dal at 8:49 AM