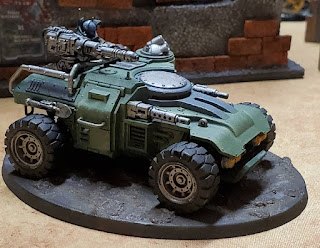 The hobby butterfly has visited me and it landed on one of my Genestealer Achilles Ridgerunners. I actually had this model mostly painted, so I went for a quick win and decided to finish it. 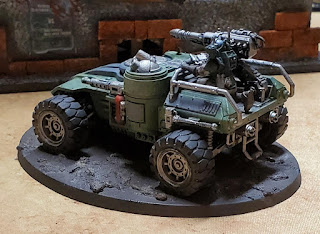 When looking at the load out, I went with the flare launcher instead of the spotter or survey auger. I thought the extra chance for survival would be better than ignoring cover or having a longer range gun.  The mining laser has 36" with AP 3 so the other options would help but not as much as staying alive a bit longer. 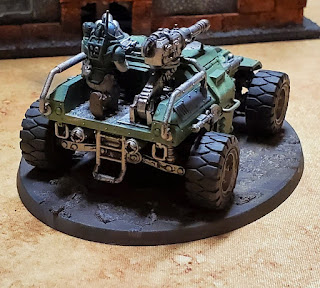 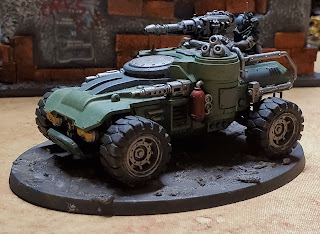 There you have it.  Another vechicle off of my to do list.  There are still several to work off like the Fire Raptor, two Exorcist, a couple Trukks, an Immolator, a Rhino, another Ridgerunner and many more that are not coming to mind just now.  But if I keep going one day they will all be painted.
Have a good one.
Questions? Comments? For the four armed emperor!
Posted by Grenn Dal at 10:12 AM