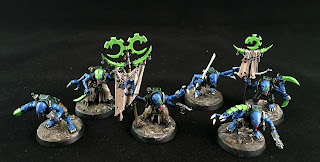 Last week I worked on my metamorphs and an Iconward to lead them.  With a batch of 5 to work on I knew I could get them done before the game day on Sat.  I already felt bad that my neophytes and acolytes were either grey or primered so getting all of my metamorphs painted is a win.


First up we have the Iconward.  He is just a metamorph carrying a big banner.  I tried to go with a green icon but it just looked like a stray brush stroke than a symbol.  So I went with a darker blue.

I am not sure why they made this character instead of just adding the big banner to the metamorph box.  I was hoping he would be a bit bigger or had more armor.  oh well.

Next up is the metamorphs.  These guys are the workhorse of my build. I team them up with my primus and if they can get into combat they rarely disappoint.  With four attacks on the charge with rending it is hard to ask for more. 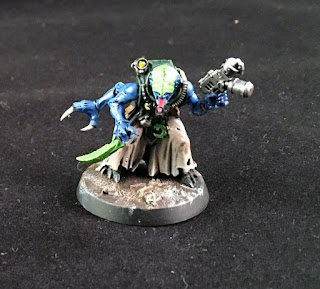 I like having the claw option on a couple metamorphs.  Wounding on twos helps pouring on the pain.  If you make terminators make enough saves they are bound to miss a few.  It also helps taking out vehicles.  Nothing scares me more than a landraider. The cult needs some haywire attacks. 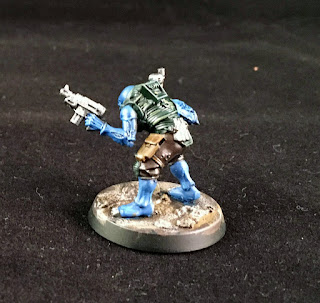 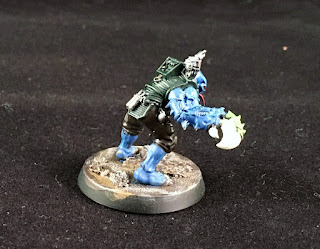 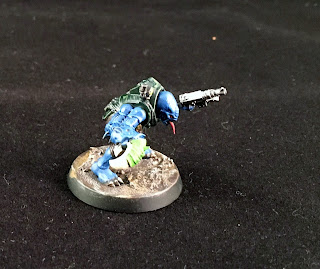 I did this smaller icon like I did my first one.   I am not sure if I want to try some freehand to make it a little more unique.  It is something to look at later after the army is complete and I want to improve the look. 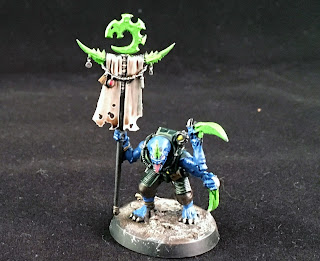 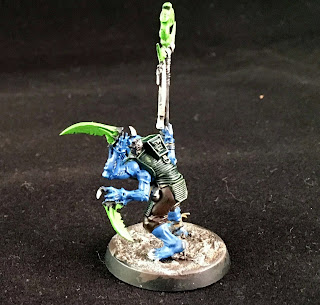 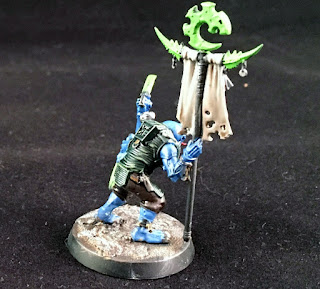 For now I have a enough metamorphs for a large squad or two small squads. If I want to add more I would like to get another one to three lash models.  Getting those attacks in before the opposition helps thin out the herd for the rest of the squad to attack. 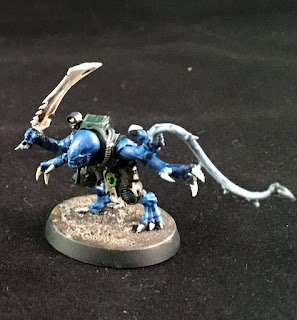 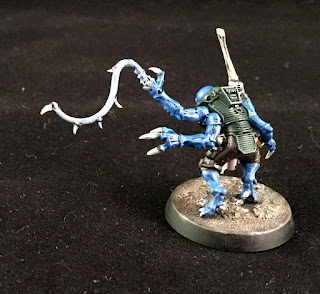 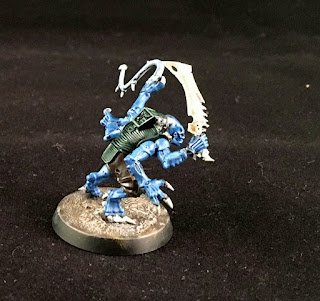 I added the bone sword for the rule of cool.  I doubt I will ever switch out the rending for a bonesword on a metamorph sergeant but he does look cool. 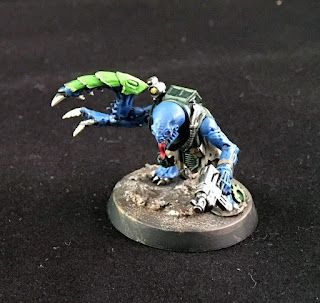 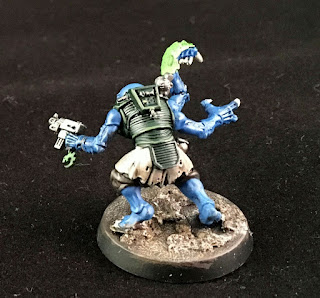 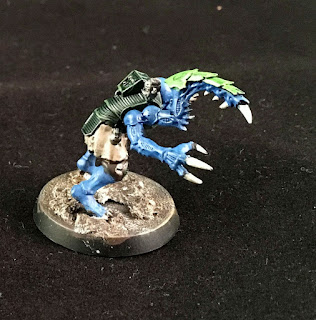 Now that I am caught up on the metamorphs, I might take a break and work on my Belisarius Cawl model.  So far he seems a lot smaller than advertised.  We shall see once he is all assembled.

Questions? Comments? For the four armed emperor!!!!
Posted by Grenn Dal at 2:58 PM