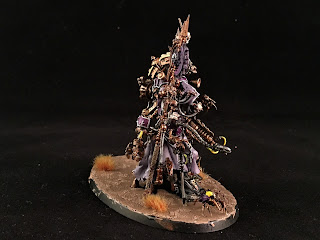 After I worked on my metamorphs, I decided to change it up a little bit and work on the lastest addition to my Ad Mech army, Belisarius Cawl.


After building Cawl, I was a bit disappointed in his size. I was lead to believe that he was massive.  While he is pretty big, I would not say Carnifex big. I think it was a good idea that they didn't make him a monstrous creature. 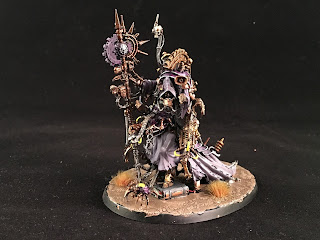 The assembly went okay.  There are a lot of hoses that gather in his back that you kind of have to place and hope you get it right.  Also I found a lot of the fiddly bits didn't want to sit right on him.  A peg and hole system would have been welcome. 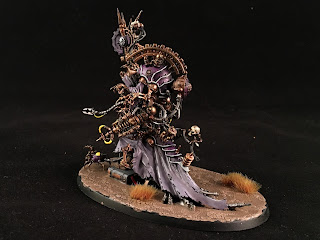 I painted him in my Ad Mech colors. I added a touch of yellow on some of the hoses.  This will tie him in with my knight who also has the yellow hoses. 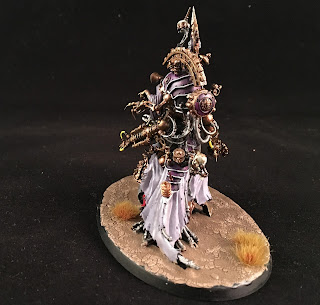 On paper this guy seems mean.  Most of the time, he will be hard to kill.  I will probably add him to a group of robots or destroyers to help them stay on the board longer while passing out his canticles. 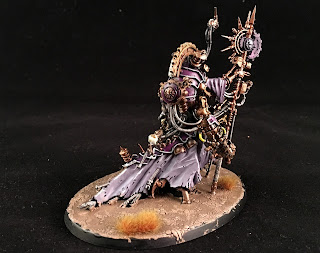 He looks to be a close combat monster with 2D6 attacks from the hive and another one from the dataspike all at initiative 10.  Then he gets his regular S10 AP2 hits at Initiative 1.  This has the potential to be devastating. 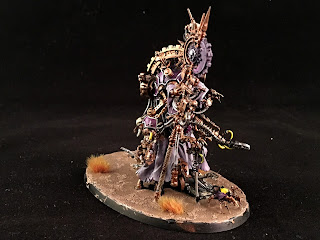 I am looking forward to testing him out on the field.  I will have to rearange some of my units but I think I can fit him in.  I don't play the war convocation so I don't have to take any formation tax (I am looking at you rust stalkers and infiltrators)