Getting ready for tournament. 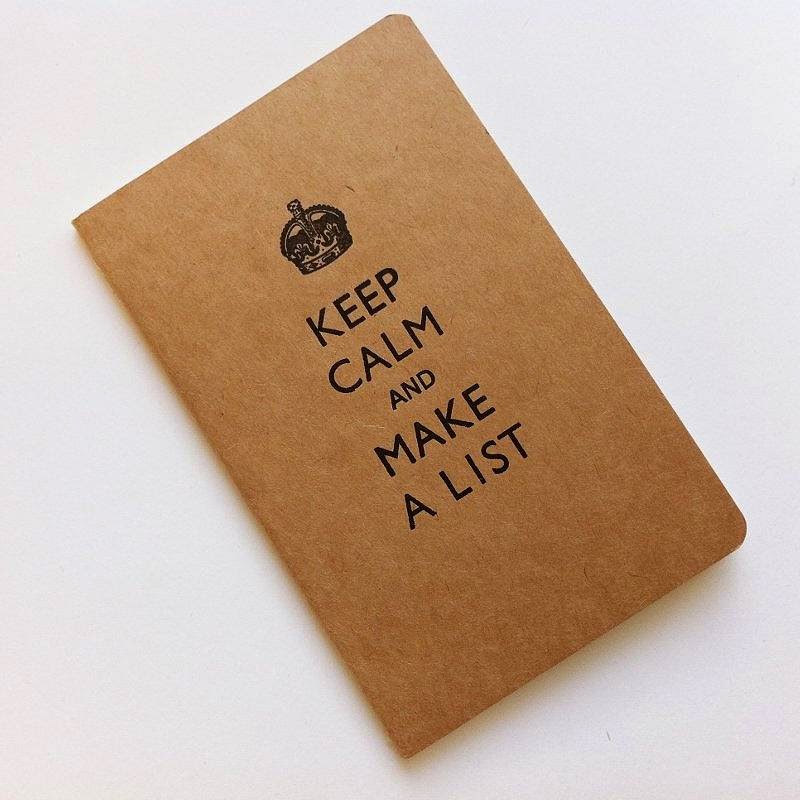 With an upcoming tournament I thought I would put a few lists together and see how the look. It is 1000 points anything goes. We will also be using the maelstrom of war missions. This month is bug month so the Tyranids will be taking the field. 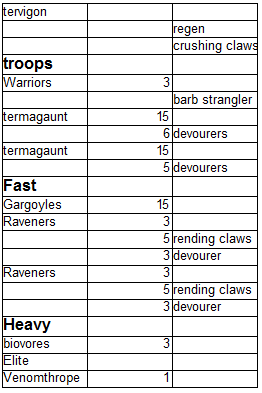 I am giving the biovores another chance. My first impression of them was a bit weak. Sure they did a lot of hits but then after wounds and saves they did very little damage most of the game. With this tournament, I will get 3 more uses out of them and can get a better idea on what the do.

I always liked the gargoyle / ravener combination. It would have been better with shrikes but they are to expensive at 1000 points. The warriors are there to give some more synapse and people are spouting how they are great. Hopefully they can do some damage before getting insta-gibbed. Rounding out the list is a trusty Venomthrope. He will need to try to hide and survive a few rounds of shooting. 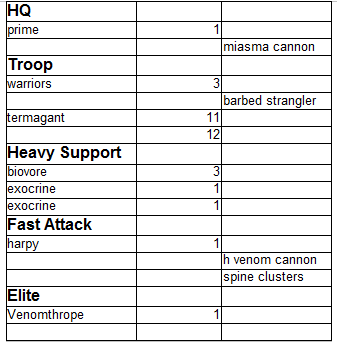 This one sees a prime in the lead. He can join a termagant squad or the warrior brood or even the biovores. This will give me another blast template to try to get some wounds on my foes. The biovores are there to get their day in the sun. I also will try running 2 exocrines. AP2 is hard to come by with nids so I hope they can last. Finally I have the harpy. I never fielded one. I want to try the S9 mobile platform.

I am not really happy with either list. I know I am going to struggle with AV14. Hopefully there will not be a lot of that in the tournament. I don't have an answer for the wraith knight either. Should I try shrikes with bone swords and toxin sacs? That way they are fast and wound on a 4+ and ignore AP3. They are just so expensive sitting at 53 points each not including the flesh hooks.

I could also run a tyrant with guard or carnifex but both of those go down to massed bolter fire. The haruspex just seams laughable. There is nothing in it's rules that make me want to take it. Maybe a WS of 5 or make it a monstrous beast so it could move 12 in the movement phase. Right now all it does is walk down the field and die. Most people can avoid ever getting assaulted by it. The last thing I can do is try out some zoanthropes. 2 broods of 1 or 1 of 2 could help out with synapse and they are one of the few bugs with invulnerable saves. Their lance or blasts might help with heavy armor or some 3+ jerks.

What it comes down to is that my old style of bugs just doesn't work anymore. I am going to need a new style. Hopefully I can get a good feel for what works and what doesn't while playing this tournament.

Let me know what you think...

PS I have started to paint the scratch built exocrine. here is a sneak peak 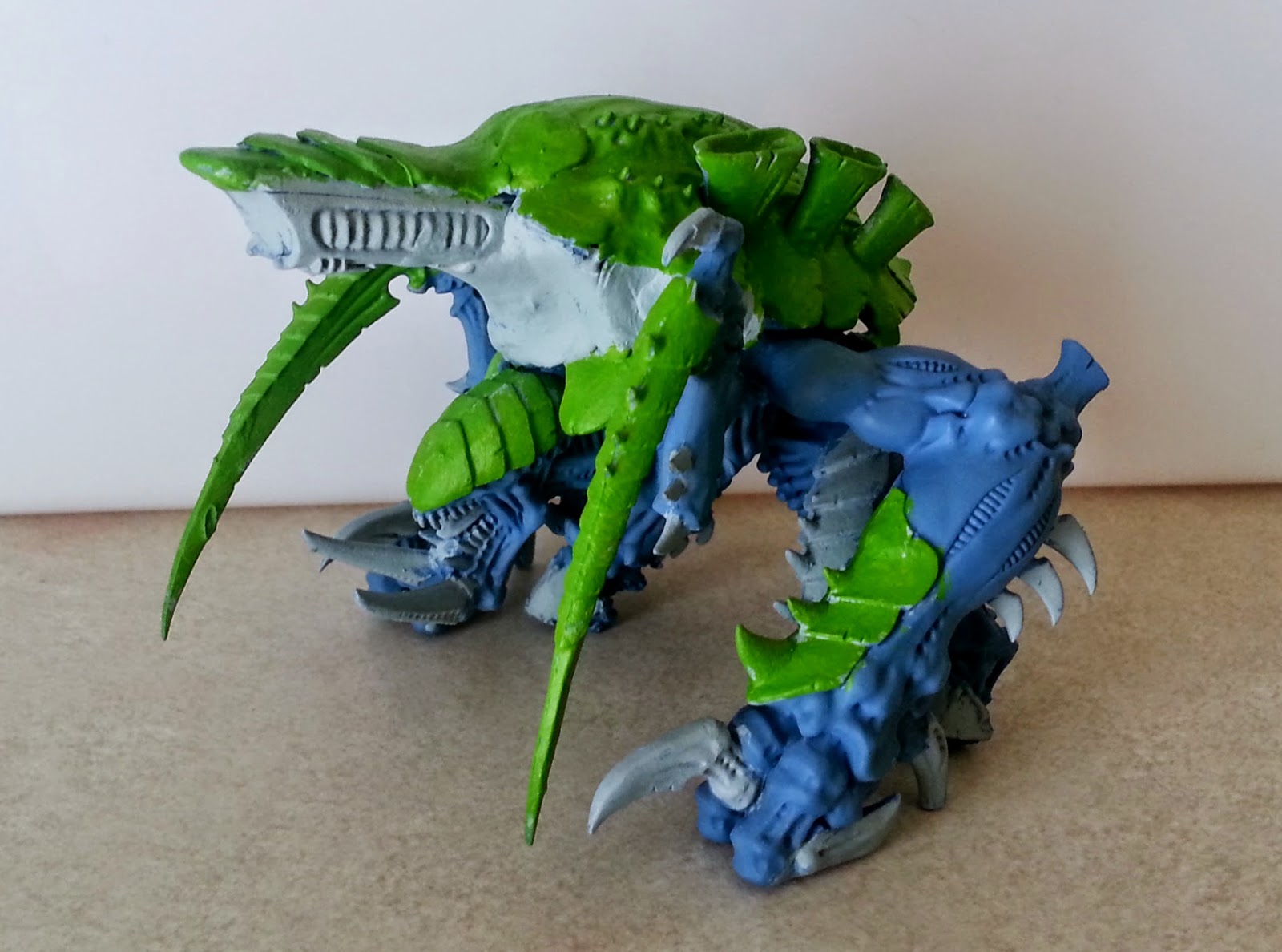