I am still moving right along on my goals for this month.  I painted one model, printed some more, and finally built the rest. Not quite halfway through and I have painted 3 out of the original 6. Let's take a look. 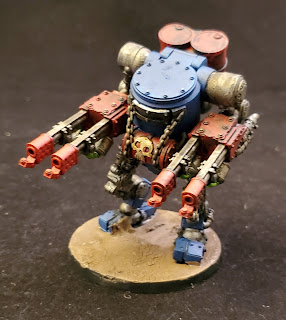 All of my work flame weapons are red so it was an easy choice for the weapon color.  I chose a darker blue for the body color. Finally, I used the standard lead bleacher for the metal 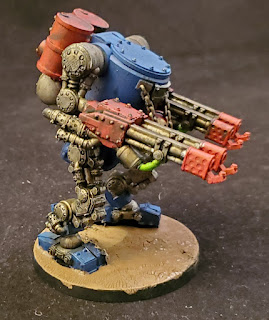 I should have tried to make some motion in the legs for a more dynamic pose.  As it is, I think it looks like it is getting ready to spurt a ton of flames.  I tend to like the claw or blasta dread over the skorchas but he was cool looking so I printed him out. 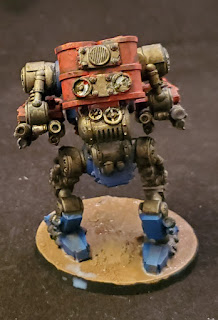 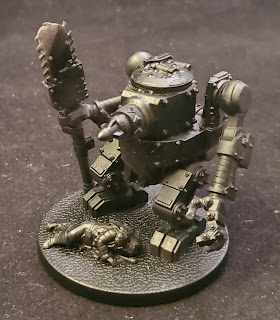 SO I had a slight accident with the second kan I was going to paint this month.  I decided to switch out the old one with this new guy.  He is more size appropriate and I even added a dead guardsman to the base. 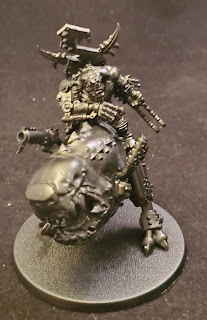 He was finally released and so I built him and primed him.  Now I can use my Gear Gut's model for the regular beast boss and this guy for the actual Morzog. 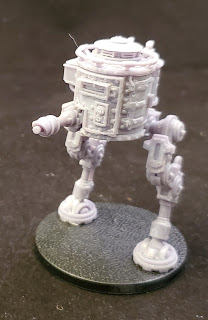 I printed up my first sentinel for my Genestealer Cult. I learned that I will want to make some magnet holes before printing my next model.  The thin resin of the gun just does not like the drill. This turret will fit in with the Rockgrinder look and feel. 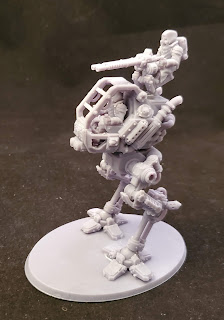 I like this version of the Ironstrider than the official GW model.  I am not a fan of the servo-driver.  This way I can have my Dragoons look one way and my Ironstrider another. 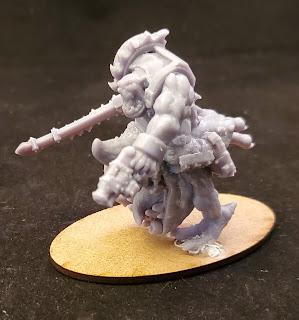 Since there is only one model for the NOSS,  I am going to use this guy as another one.  I love the big mouth squigs from Gear Gut's Mekshop.  My Orks have grown so much since I became a patron. I don't do a lot of official gaming so I am not worried about not have official GW models.
That does it for week 2.  I plan to get some painting done this week.  hopefully, I can get a few more dread done so I only have the Morkanaut left at the end of the month. We shall see.  Waaaaaaagh!
Posted by Grenn Dal at 10:23 AM