The end of forgeword in regular 40k? 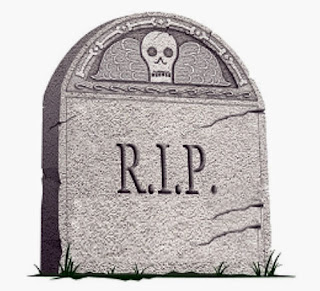 Forgeworld models can bring a lot to a game of 40k.  From fluffy fun like grot tanks to the more powerful units like the sicaran battle tank, most of these rules are found in forge world own books.  While some might have their very own dataslate most just take a slot in the normal force org of a different codex. 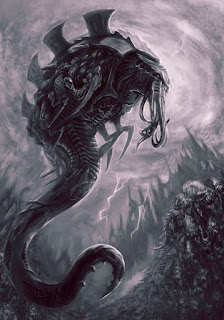 I am taking a break from my orks and Skitarii to help out my poor old nids.  I found a malanthrope for a great piece so I decided to for go my monthly Skitarii purchase and scoop him up. 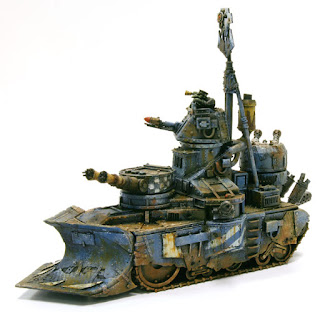 After having some success with my grot tanks it was suggested that I get the Mega Tank.  While I don't have the cash for a real one I thought I might be able to make one.


This weekend the Space Marine Codex came out and with it Games Workshop decided to release a web exclusive limited release formation that is out of this world.

The Skyhammer Annihilation Force is an awesome tool for any Space Marine player.  In essence it is two drop pods, two squads of Assault marines and two squads of devastators.  Nothing overpowered there.  Where the fun come in is with the four special rules: Shock Deployment, First the fire, then the Blade, Suppressing Fusillade and Leave no Survivors. Let's talk about that.

Last week I went to my local Meetup's Gameday.  It was going to be just an open day without any narrative or theme.  We were to bring a 1500 point and 1000 point army so we could play either solo (1500) or in a team (1000) Being the overachiever that I am I made three of each. 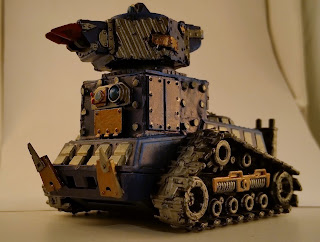 After finishing up the building of my two new Grot tanks I started to paint them up.  Last night I got the first one up to tabletop quality. 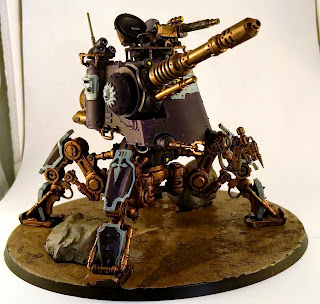 This weekend Atom James requested to see how I magnetized my Onager Dunecrawler.  While, how I did it my not have been pretty or even the best way to do it, I believe that it looks decent and they stay together pretty well.